After a full-on conference day on ‘Cities and Territorial Challenges’ at Bury Art Gallery, I managed to catch David Li’s talk ‘Shanzhai & Taobao: Maker Tales from China’ at Madlab, Manchester.

David is founder of China’s first hackerspace XinCheJian and Shanghai-based research hub Hacked Matter, and is now Director of Shenzhen Open Innovation Lab. I had, had, HAD to go to this event as I remember going to the opening of XinCheJian in 2010 when I was living in Shanghai (I tried to hunt out the images but couldn’t find them). It was great to see him in the UK and hear about his recent work with Nesta, where David is creating the first open dataset on Chinese makerspaces which will be released mid-2016. Also, his work with the British Council’s Creative Economy team for a now 5-year funded project.

Through this event, I discovered that Madlab is currently writing a recommendation report with regards strengthening links between makers in the UK and China which, along with its overview on making in China, will be available later this year. I’ve enjoyed reading about #livingtheresearch including their trips to China. It’s always interesting to see how people negotiate China, what they see and who they meet. 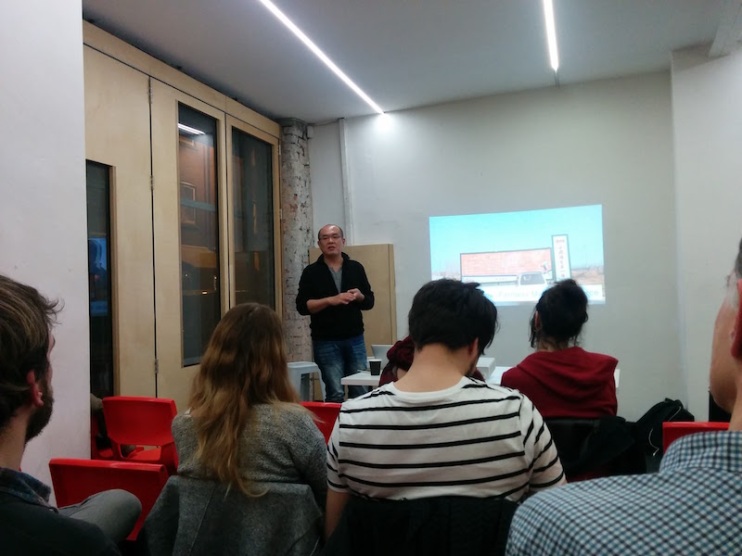 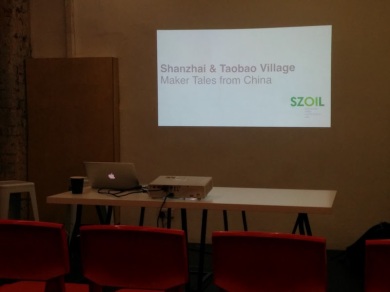 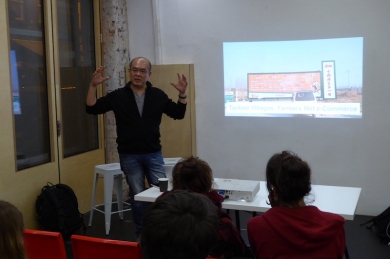 ‘China has formed a much larger and better down-top ecosystem, manifesting the ultimate goal of the Maker Movement – democratising innovation. We call it the New Shanzhai.’ – David Li

In case you didn’t know, Shanzhai (山寨) stands for “knock-off” culture in Chinese. David began by introducing two different kinds of making in China. ‘The maker movement has come along way, it’s no longer a hobby. It sits within the culture of art and design. There is also the entrepreneurship of makerspace. Once we’ve started to talk about the start-up, you take away the openness of the maker movement and everything become protected. Most of the makers don’t come from that background, that’s why it’s open. The majority of makers are managers. We need to try and make everything locally…we are moving so fast we can build in different ways.’

‘If we still want to have the openness, collaboration and the kind of network effect and access, how do we make that work? We look at the ecosystem that has already been created, such as the mobile phone industry in China. There are phones that are not created by the companies, or by makers, but independent modified products still based on this open, collaborative system.’ Phones that have seven speakers, act as a compass and more. It is known as the ‘long(tail) wag the dog’ market – niche markets of product creation.

In Shenzhen, there is the phenomena of gongban (public board) and gongmo (public case) parts, which enables the rapid advancement of mobile phone and tablet production in Shenzhen.

“Gongban 公板 (“public board”). A gongban can be used by a variety of different companies, who either incorporate it in their products directly or build atop it as they please via modifications.” – The Atlantic

How do you use maker culture as a tool to create a community? David went on to speak about the rise of Taobao villages in China, where farmers meet e-commerce. Another opportunity through what is now called mass makerspace. It brings a more even distribution of wealth. How do we create an open source model up against this? He is now setting up a new maker space in Shaji specifically for mass furniture design, what he calls an experiment over the coming months. 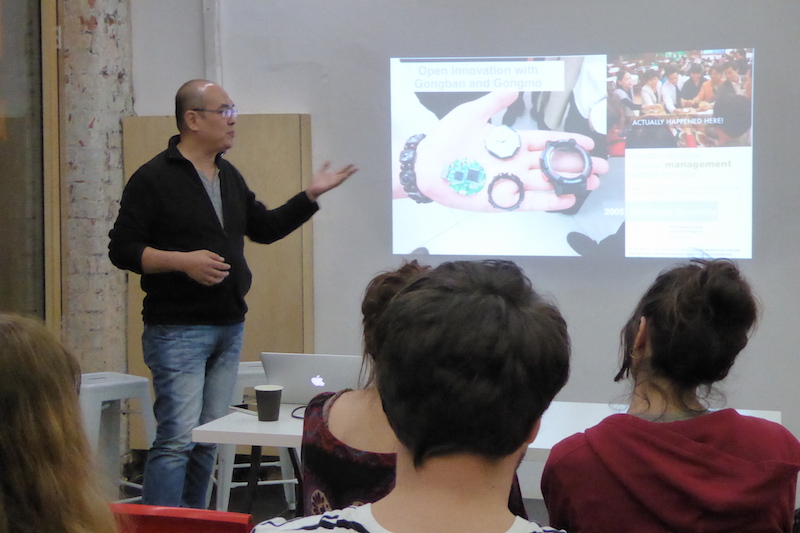 Q: One argument heard in the West, is that there is a lack of creative thinking in China through education, the lack of innovation in China is built on what already exists in China. That’s just one step. A lot of people are asking, what is the state of genuine innovation in China?

David: There is a great book called ‘American Notes’ by Charles Dickens that says the same about America. Innovation happens in three ways – through the pure pursuit of science, as a competitive advantage in the market, and as an exclusive product. As we move towards the Internet more, it comes back to the hardware, the need for smart hardware. This kind of ecosystem is pumping out new innovation, the speed is fast. We must ask about the narrative of innovation….the notion of innovation is attributed to a single individual, romanticised within the last 150 years. It is always from multiple sources. Everybody can be innovative. The best definition of innovation – imagination and passion to realise it and make it happen, when you make it happen that is innovation. We then start to look at what the ecosystem can do in the shared economy and community. Everybody can try. The other side of things is that we are looking at all these things happening fast. It is about whether we allow people to try, to try things and give them a platform to try. I think it comes back to education. There is a lot more entrepreneurship taught in education.

Q: You spoke of an innovation narrative, of ecosystems…as someone brought into this narrative here…when we talk about systems we always talk about boundaries, and where those boundaries. Here it’s the relationship between the market forces and the state. One of the narratives in Manchester, is the idea of the computer being born in Manchester. It’s vastly different in China than it is here.

A final conversation unfolded into issues of copyright and intellectual property rights in China, which was never fully resolved. This is something I regularly face during my every day work with China, where the boundaries are changing all the time. The UK, Europe an USA have much stricter ruling on this now…and China is getting better, it has to if it wants to be a global player.

To find out more about makerspaces in China, follow the work of the V&A Shenzhen team and read From Shenzhen: Shanzhai and the Maker movement, also read more about MadLab’s #livingtheresearch project. I look forward to speaking to David and the British Council’s Creative Economy more about this unfolding project.