During my time in Taiwan, specifically Tainan last month (apologies for my frenetic and haphazard blog posts at the moment…too many fingers in too many pies), I had the opportunity to teach at the Institute of Creative Industry Design (ICID) at National Cheng Kung University (NCKU). ICID is largely known for the study of Industrial Design but has evolved into a combination of industrial planning, enterprise innovations and other creative design outlets, including a recently launched groundbreaking Techno Arts program run by the wonderful Eleanor Gates-Stewart (so good to meet you!). In response to the latter, I was invited by Dr. Ming Turner to teach a session on digital and new media arts a few days after I had participated in the fourth research networking lab for the ‘Visualising Chinese Borders’ project. The NCKU campus was something else…with incredible Banyan trees. 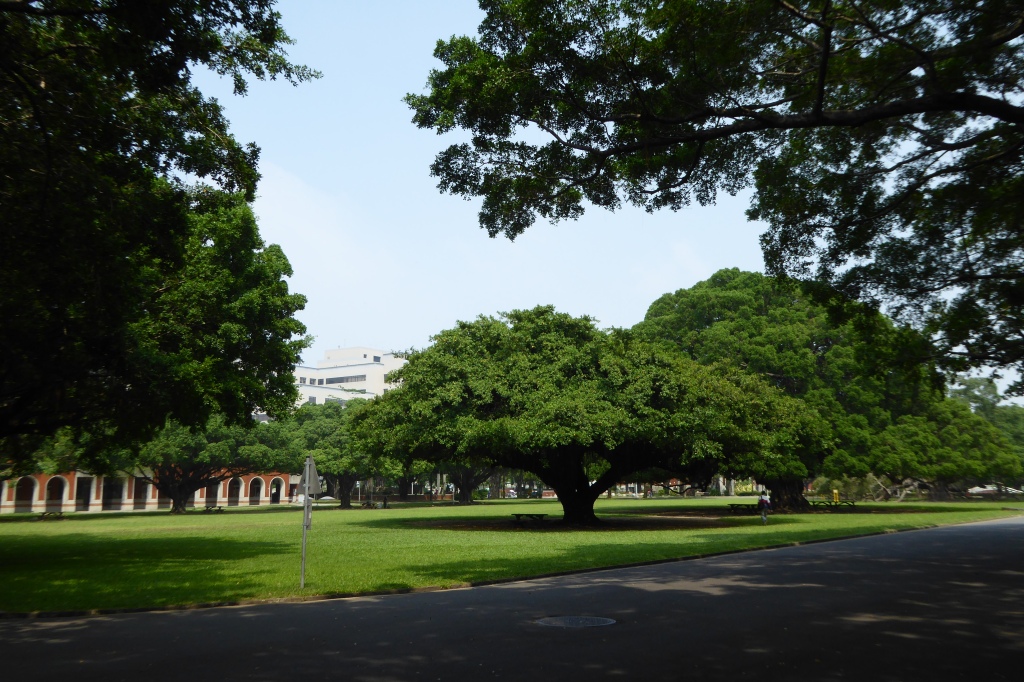 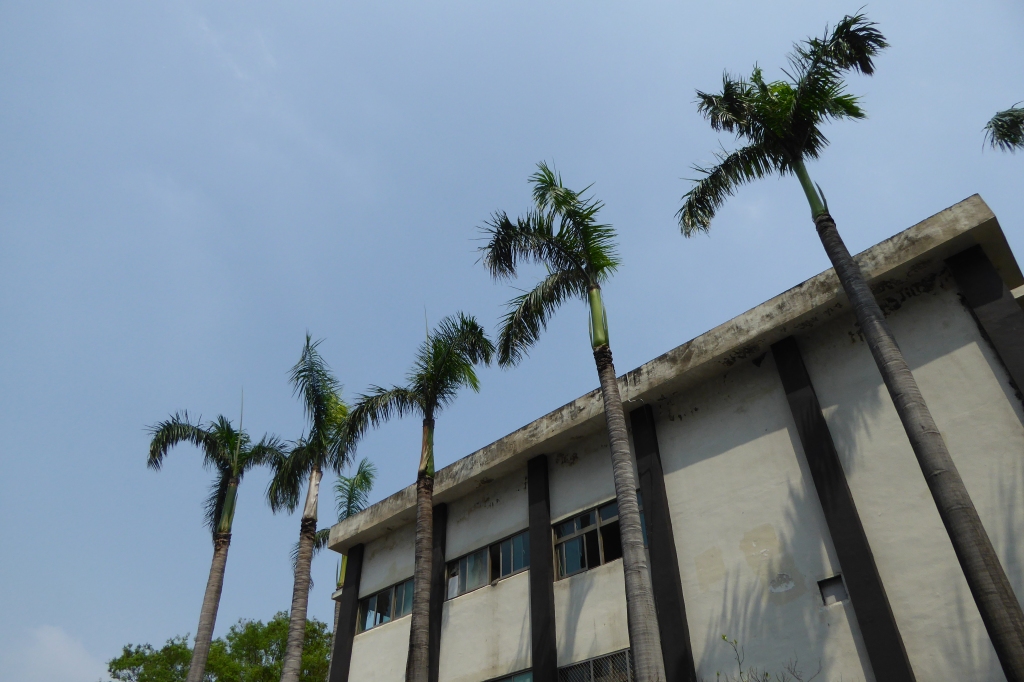 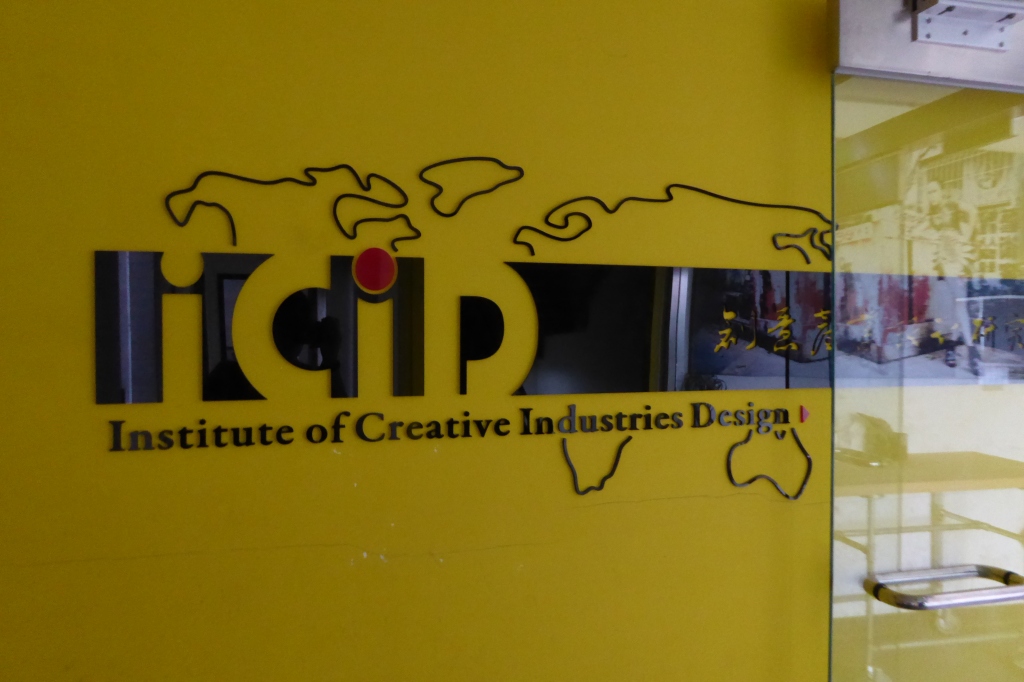 Before giving the lecture, I was interviewed by the University’s press journalist Sonia Selavy…yes, that is my matcha green tea latte on the desk. An East Asia standard for wordgirl…I know I can get it in the UK but I don’t want to stop it from being special. Sonia’s article – ‘UK-based curator talks about online and digital arts at NCKU’ – focussed on questioning my understandings and perceptions of Taiwan, as it was the first time I’d visited. I can’t wait to visit again soon as I feel I only touched the surface of the contemporary arts scene and what it means to be from Taiwan, living between and amongst Japan, Mainland China, and Hong Kong. Here are some excerpts from the article…

Marsden, who is first time to Taiwan and has lived in China for two and half years, said, “Since being here, it’s been very interesting in terms of Taiwan’s understandings of themselves and the relation to Hong Kong, Macau and China. The independence in that sense is very clear mindset as to who they are and the identity that they have.”

“It’s been good to see different kind of understanding of representation of Asia, Chinese contact through Taiwan and that’s been very eye-opening for me,” Marsden said.

Talking about her observation about art scenes in Taiwan, Marsden said, “Here you have many grass-roots, artist lab practices coming from artist villages, and also communities and residency programs, so you got real kind of cultivation of art scenes from basic foundations.”

As a curator, Marsden said that she specialized in the national transcultural curatorial practices, working between different cultures particularly within Chinese contexts.

“I came here quite naïve, not realizing how independent Taiwanese people really consider themselves so I’ve been asking people quite directly how they position themselves to get to understand more,” she said. 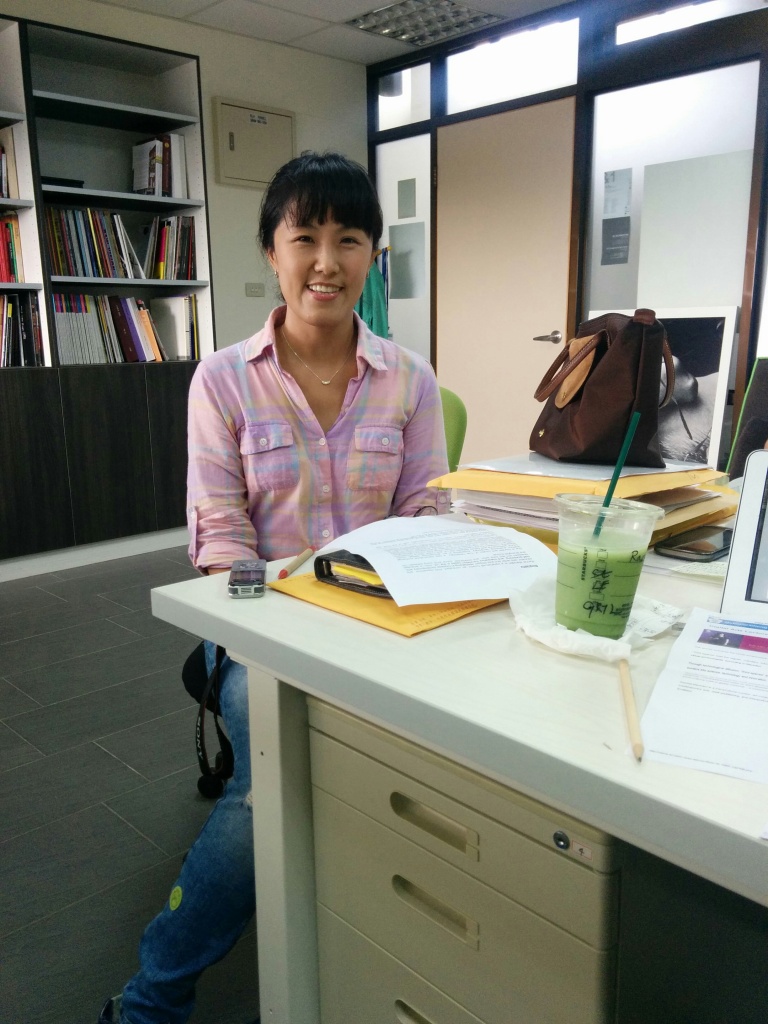 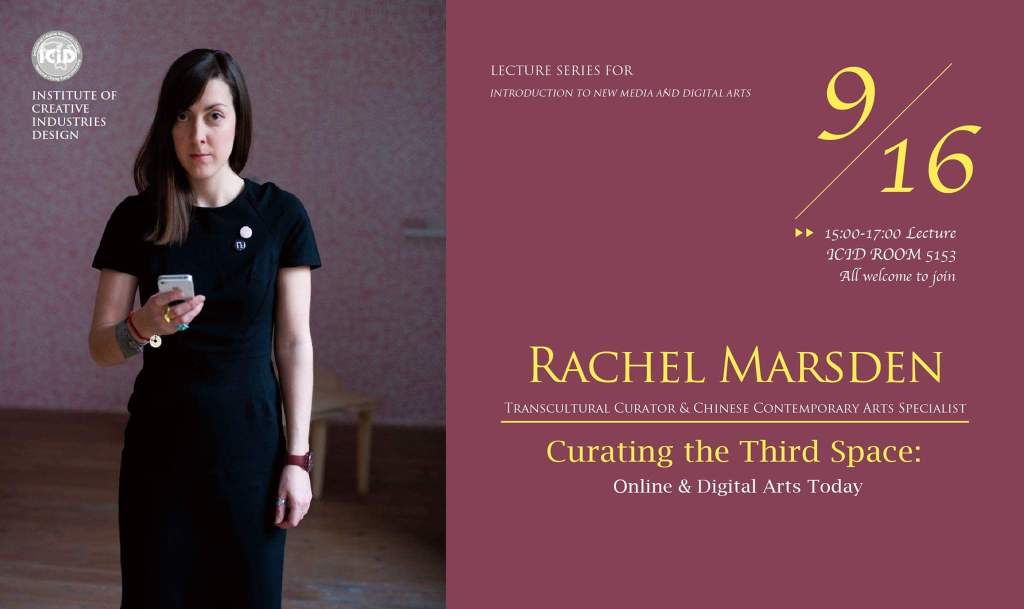 My lecture was entitled ‘Curating the Third Space: Online & Digital Arts Today’ and examined the social and virtual environments of the “third space” through the curation of online and digital contemporary arts.

The urban sociologist Ray Oldenburg writes about the importance of informal public gathering places – “third places” also known as “third spaces”. These gathering places are essential to community and public life where he argues that bars, coffee shops, supermarkets, and other “third spaces,” in contrast to the first and second places of home and work, are central to local democracy and community’s social life. These public places are largely neutral where people can gather and interact, put aside their concerns and simply enjoy the company and conversation around them. “Third spaces” host the regular, voluntary, informal, spontaneous and planned gatherings of individuals, now existing digitally and online through virtual environments.

Furthermore, “third space” is defined by Homi K. Bhahba as a temporal dimension of the silence between words. This “silence” is where meaning is produced through an understanding of language and difference, and interpretation.

“…a willingness to descend into that alien territory…may reveal that the theoretical recognition of the split-space of enunciation may open the way to conceptualising an international culture, based not on the exoticism of multiculturalism or the diversity of cultures, but on the inscription and articulation of culture’s hybridity.” – Homi K. Bhahba

I invited artist Chris Shen to contribute to the lecture due synergies of practice as the themes he examines in his work married well with my presentation. I met Chris during a whirlwind one-day visit to Kaohsiung, specifically at the new Pier-2 Art Center during their first open studio event for Pier-2’s Artists in Residence programme. He is one of the first artists to participate in the scheme and funnily enough originally from Manchester, UK…I even know his sister! Small world as always in these international (art) territories. Chris’s practice questions the use, function and understanding of everyday objects and digital technologies, often changing an object’s form into another conceptual entity, to challenge our perceptions and understanding of their roles and how we use them. His work ‘INFRA’ (2013) illustrates it better than I can explain. For the outcome of his residency, Chris created Lume (2015), which is still on show as part of the group exhibition ‘A Walk Elsewhere’ at Pier-2 Art Center, also live streamed until 24 November 2015. See the video below…and too many photos of the lecture. Reminder to self, I must catch up with Chris now that his residency has finished.

Thanks to Ming for taking Chris and I for a great fish dinner (the last photo on this post!) and for the opportunity to speak to you, the faculty and the students. Thanks to Joanna Hsu for your support too!

Here’s to my next trip to Taiwan…already in planning… 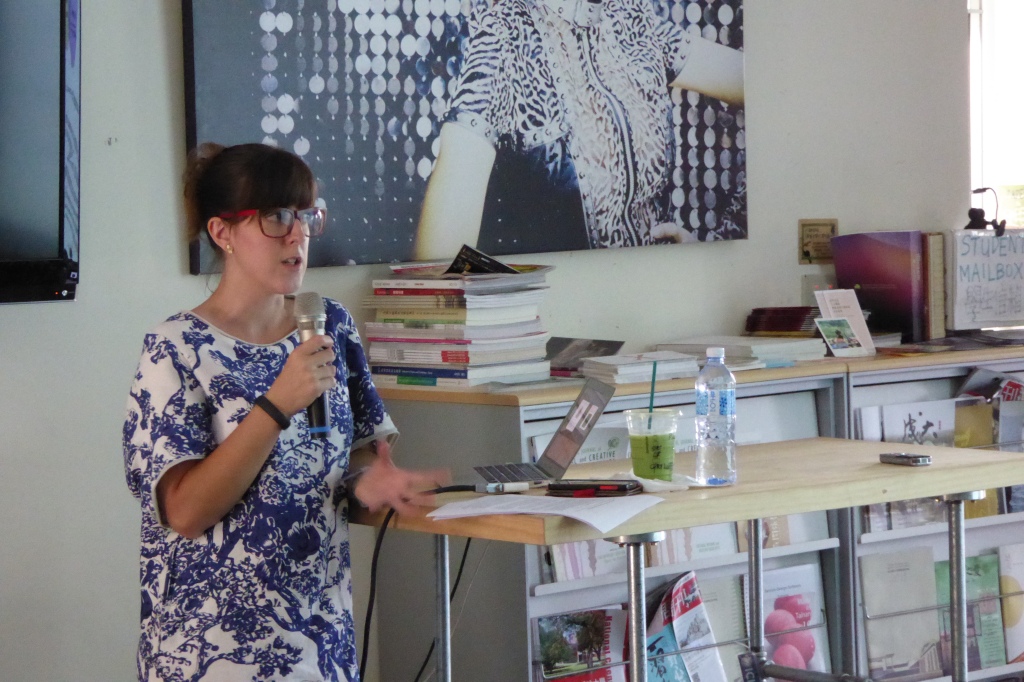 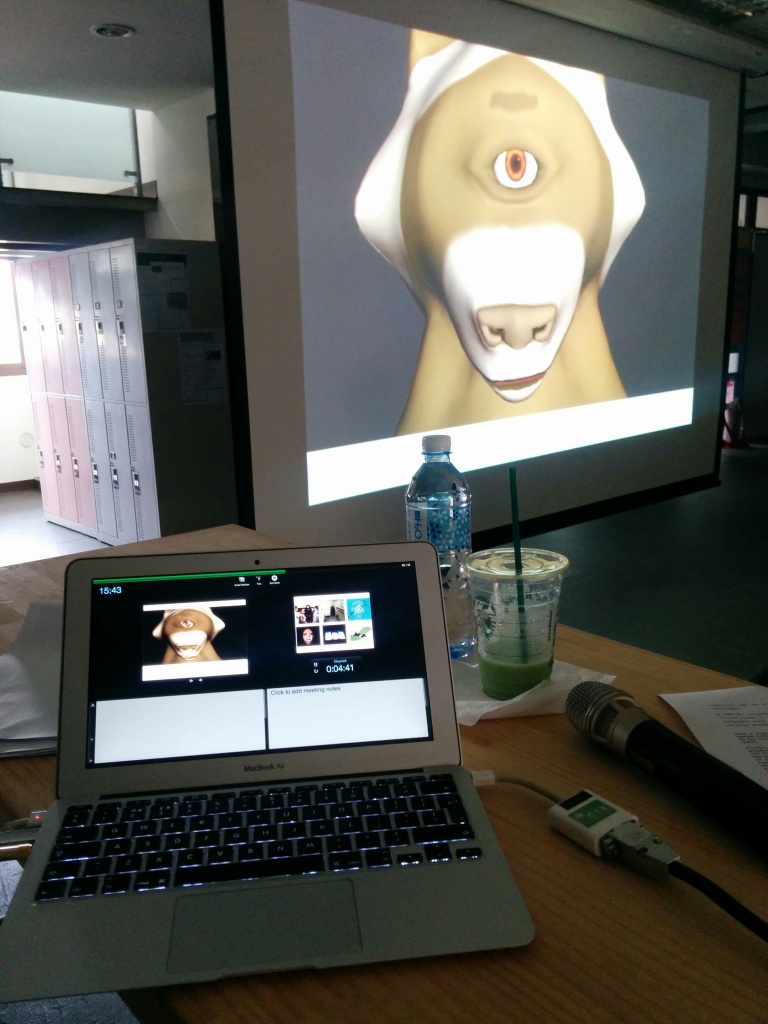 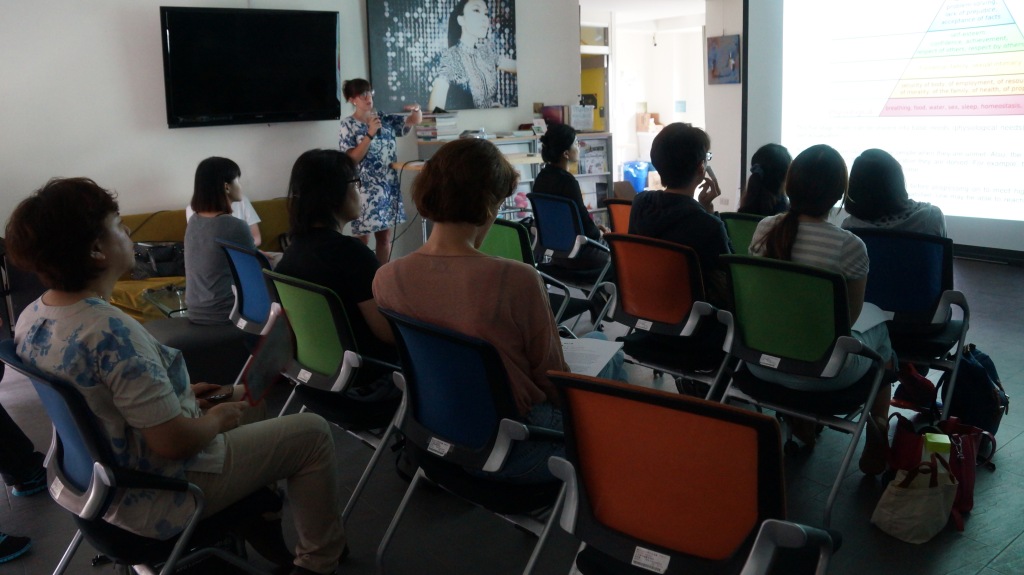 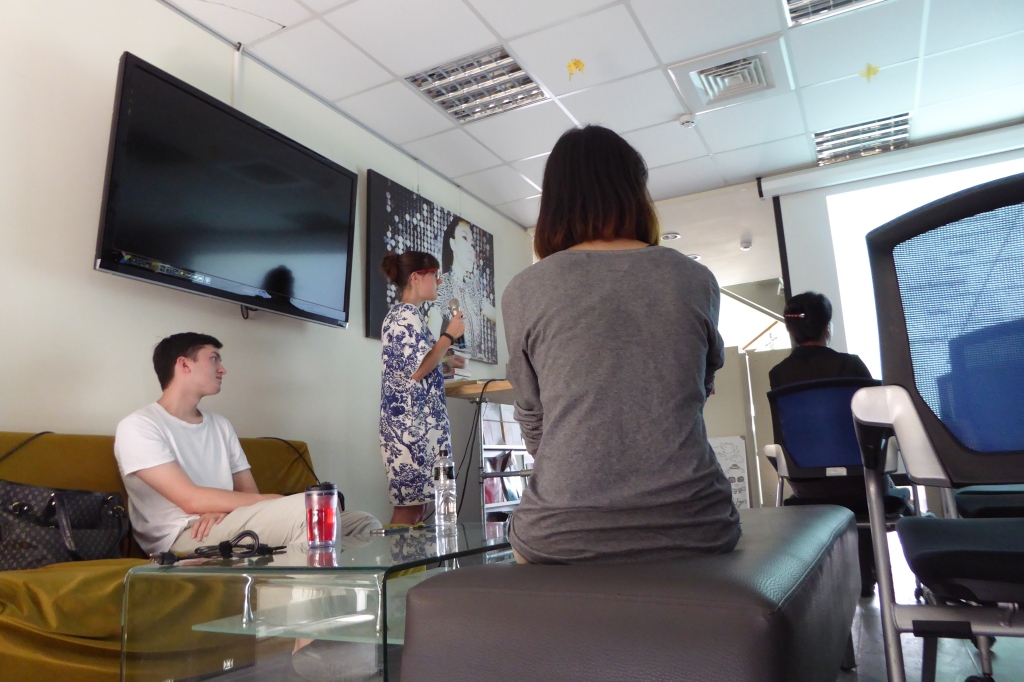 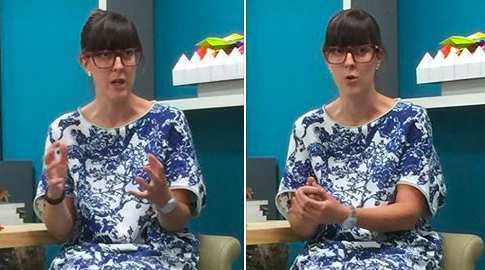 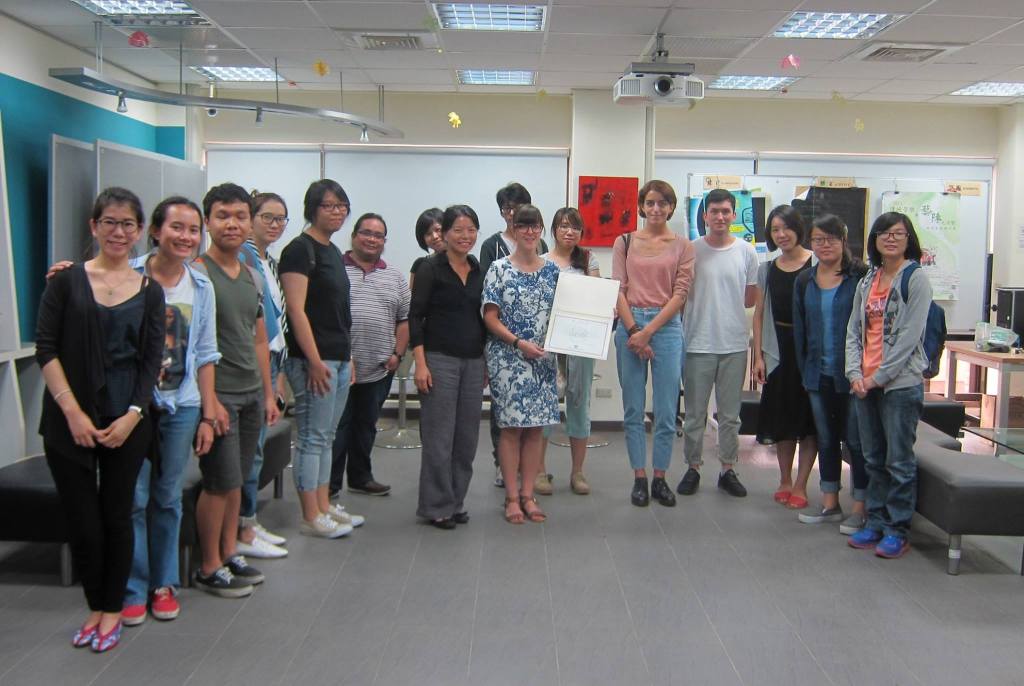