When I was arriving at the exhibition ‘Jungle of Desire’ by Wong Pin at Things that can happen a week last Saturday, I bumped into friend and contemporary Chinese art world colleague Nick Buckley Wood, now Director of Pearl Lam Galleries Hong Kong. I’ve known Nick since his early career days in Shanghai and since then he has gone from strength to strength. When we were talking about our mutual work, I informed him of the forthcoming ‘The Temporary’ project – ‘The Temporary: 02 – RareKind China’, a transcultural exchange between graffiti and street artists from China and the UK. He said I had to see their latest show ‘Hidden Street’, a “Street Art Community Project” in their SOHO189 space. I like chance happenings like this. Funnily enough, I planned to see the “Yo Girls Graffiti Exhibition 2015” by CGG Crew (China Graffiti Girls) at Part-of Gallery the following day too..interested to see how the two shows compared as both commercial galleries doing community and public realm projects. Serendipitous research synchronicity (SRS). Perfect.

The first of many community projects by Pearl Lam Galleries, ‘Hidden Street’ featured nine Hong Kong-based street artists – 4get, Anny, Bao, Cath Love, Felipe Wong, Hadrian Lam, Peter Yuill, Sinic, and Uns (funnily enough a few of these artists are part of ‘The Temporary: 02 – RareKind China’). They were chosen for the ‘Hidden Street’ project as their practice has strong connections with Sai Ying Pun and Sheung Wan areas that surround the Galleries. Works were also placed in the public realm of other neighbourhoods, mapped out by the Galleries for audiences to explore. I sadly didn’t have the chance to do the walking tour side of things so missed out on this perspective, which might have made me see it less from a commercial gallery and “Pearl Lam” perspective. This relationship between commercial gallery and community projects isn’t very common and can difficult to initiate but if done well, it can be very impactful. I think White Cube Bermondsey is a great example of this tension-filled relationship.

At SOHO189, the artists took over the ground floor space turning it into into what they’ve coined as a “street art corner” aiming to reflect Hong Kong local culture, which in part came through from language, symbolism, object reappropriation such as Mahjong pieces, interpretations of characters and calligraphic style – somewhat a street art “Chineseness”(?) or “Hong Kongese-ness”(?), which I don’t like to say when this didn’t need to be the case…however, I can see that this show was more specific to a given theme. Audiences were invited to view and participate in the creation of ‘live paintings’ through interactions with the artists in August and are encouraged to share the artists’ ‘hidden street art’ images on social media through the hashtags #PearlLamGalleries, #HiddenStreet, #hkstreetart, #PearllamgalleriesHKSoHo, and #Soho189. A selection of this digital engagement can be seen below.

“As street art gains popularity around the world, Hong Kong street art culture has also been on the rise, as seen in Wipe Out, a recent exhibition by French street artist Invader at PMQ, and the ‘HKwalls’ street art festival. Street art engages explicitly with its environment. Artists can bring awareness to social issues or just simply brighten a dull wall and elicit an instantaneous reaction.” – Pearl Lam Galleries

I’d be interested to know how the public and gallery audiences interacted with ‘Hidden Street’, and whether they attempted to engage with the street art social subculture…within the artists’ networks and beyond rather than simply in the Galleries periphery. Also as to whether there is a legacy with this project…as “community” to me is about on-going conversations, not just the project “happening” at the time.

In comparison to the Yo Girls Graffiti Exhibition 2015” by CGG Crew (China Graffiti Girls), ‘Hidden Street’ was working more international artists (not all Hong Kong born) who were familiar with the contemporary art ecology, and more established in their field, whereas the CGG Crew are from a younger generation, trying to make sense of their style and situation…a much more honest (and Hong Kong) point of view. Also the work of AfterWorkShop Hong Kong  seems to be truly engaging in the on-going cultivation and support of the street art and graffiti ecology – a real “Street Art Community Project”. Perhaps ‘Hidden Street’ is just the “street art corner” that it suggests? A taster of the scene, one corner and one perspective. What’s important is that they both contribute to a greater understanding of the scene in a Hong Kong to global context…and directly inform research for ‘The Temporary: 02 – RareKind China’. I’ll keep you posted. 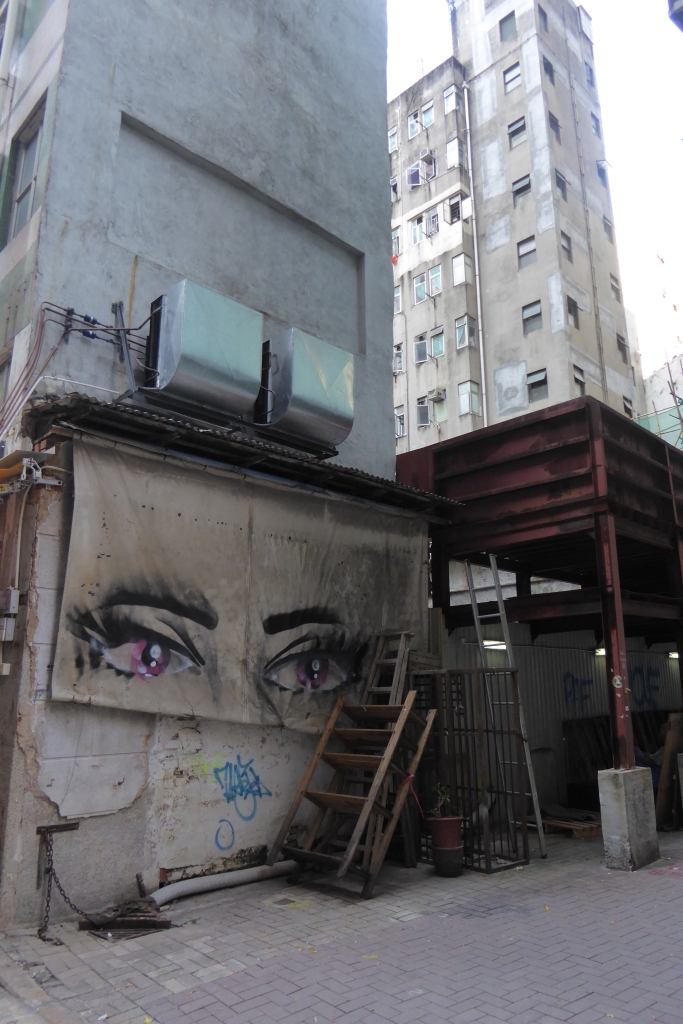 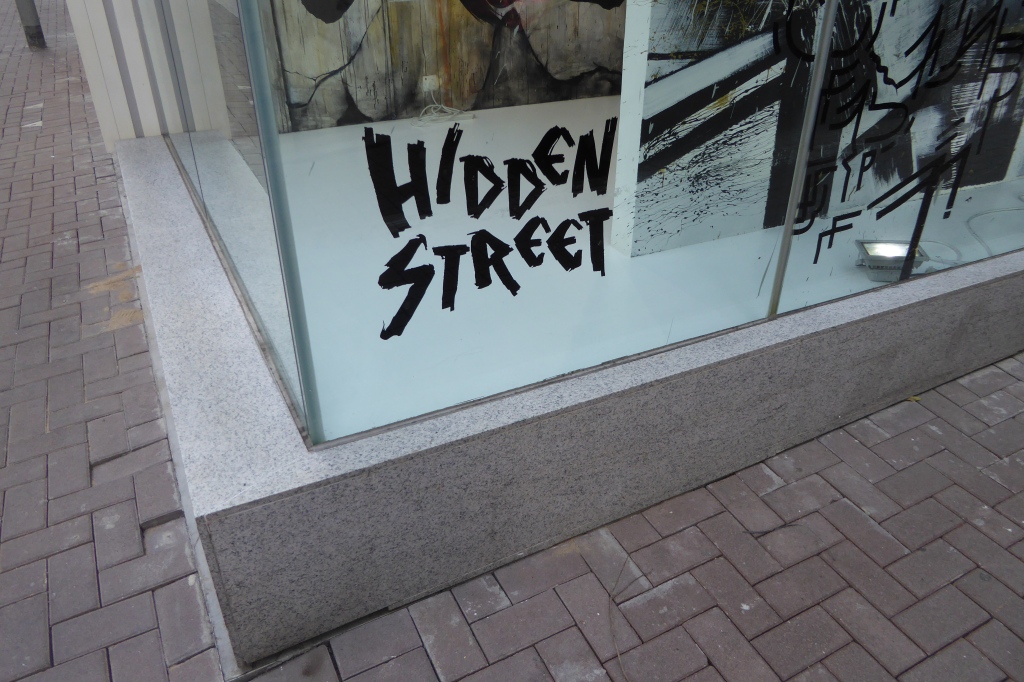 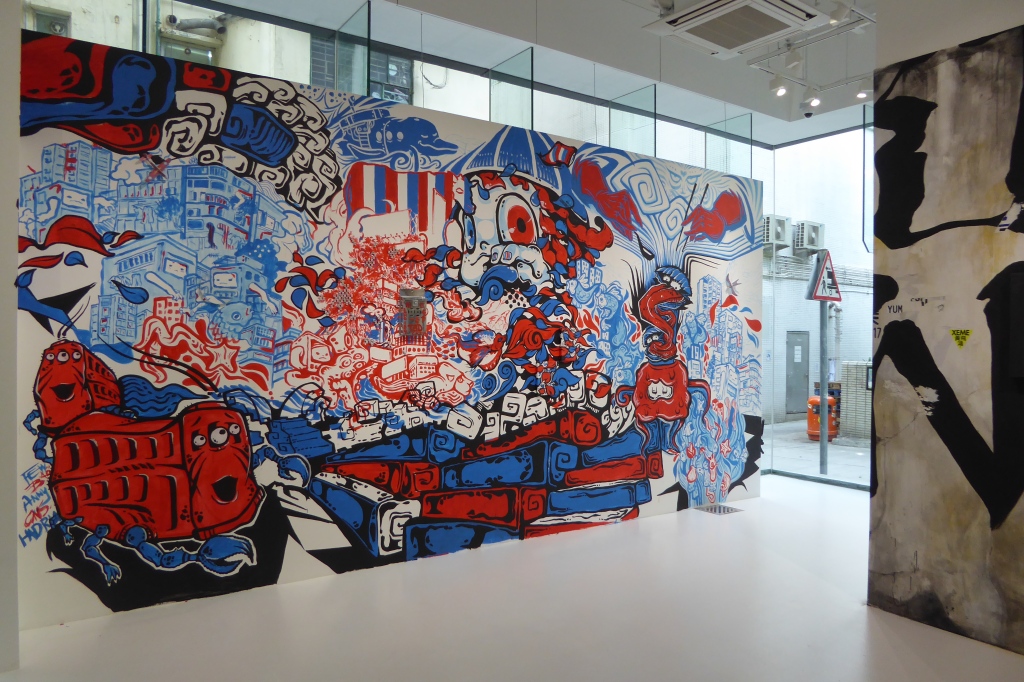 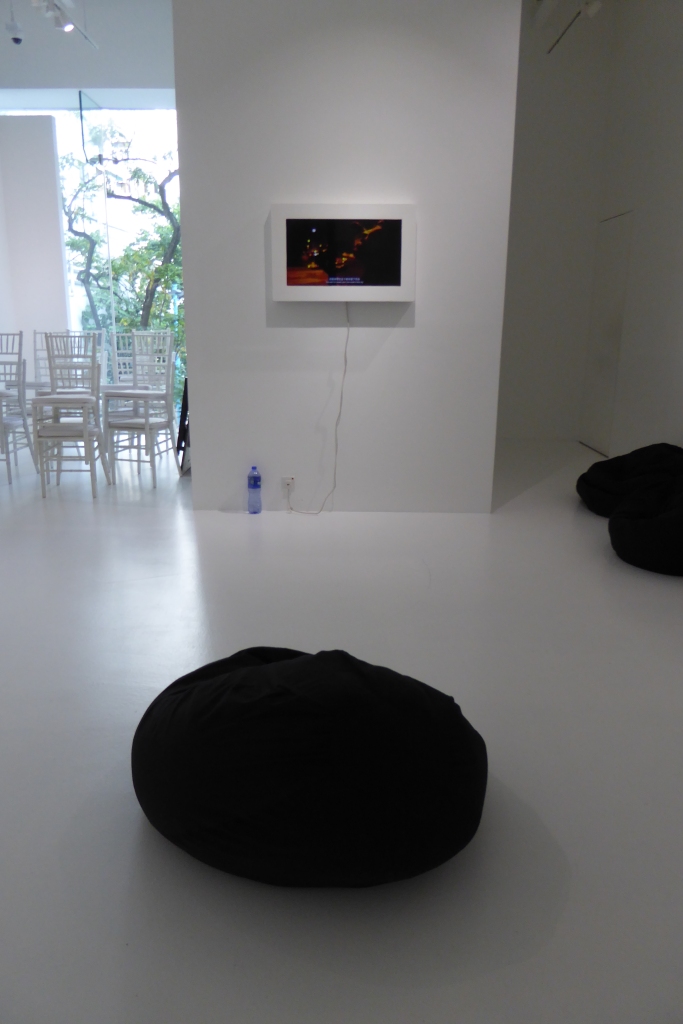 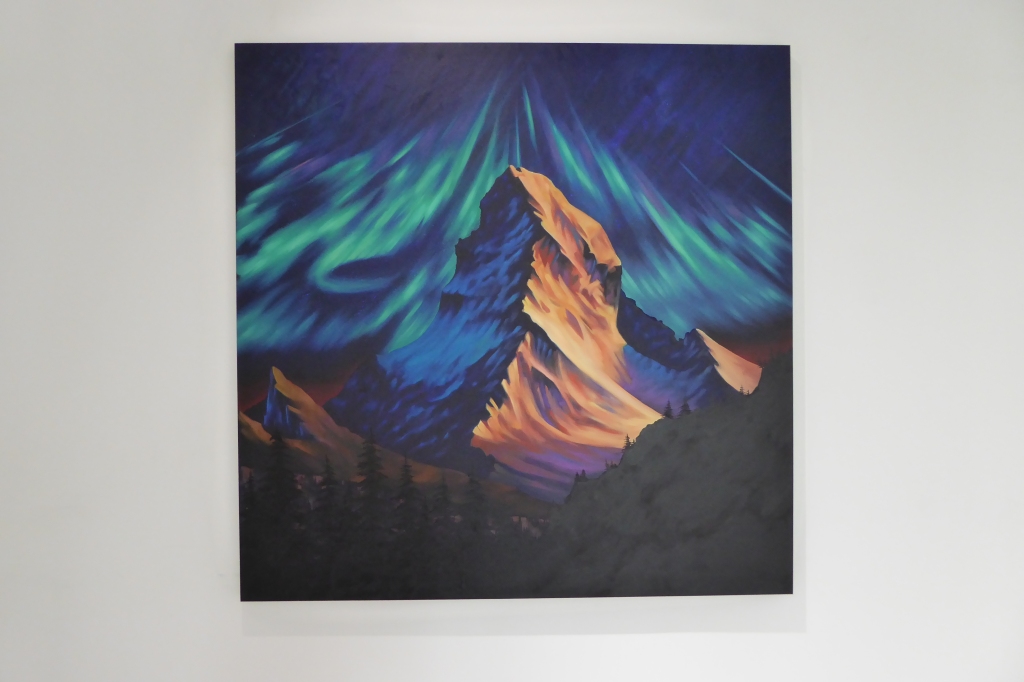