Post jetlag beating swim, refreshed and clicking right back into Hong Kong time, I began my six-day island adventure (though everywhere is an island?) yesterday with a visit to Para Site, one of Hong Kong’s leading contemporary art spaces. Founded in early 1996 as an artist run space, Para Site was Hong Kong’s first institution of contemporary art and a crucial self-organised structure within the city’s civil society, during the uncertain period preceding its handover to Mainland China. Changing sites in March 2015, it is now located in the Wing Wah Industrial Building at the end of King’s Road in Quarry Bay…not far from Fortress Hill, though it seemed to take forever to walk there in the humidity and sunshine that day.

Their current exhibition was recommended to me by many colleagues as a “must see” whilst I was here…so I was very interested to see what it had to say. Titled ‘Imagine there’s no country. Above us only our cities’, it broadly examines the practice of nationality and Hong Kong – creating ‘an outline of the city.’ Curated by Jims Lam Chi Hang, Head of Production/Associate Curator at Para Site, it is the first in a new series of exhibitions working with emerging Hong Kong curators. Great to see this kind of engaged practice is happening with local curators. Taking a collaborative more research-led approach, it was developed from a series of conversations between the curator and artists, the starting point being ‘the nation is massive and the individual is tiny, so perhaps stories are best told through the voices of the city…Artists were asked to suspend the idea of nationality, and look back at their past individual experiences within the framework of the current social situation. Reflecting on their identity and attempting to reexamine the footprints of their city resulted in stories, and with various lengths and depths, these stories came together to shape their city.’

‘From the moment people are born, they are tied to a nationality. Even though nationality is granted by a greater power, when it comes to daily life, the idea of practicing one’s nationality is no doubt an abstract concept.” – Para Site

The title of the exhibition comes from ‘我城My City’ (1979) written by Hong Kong writer Xixi. This was a decade when the economic boom in Hong Kong lead to a rise in social consciousness among the younger generation. ‘The novel vividly depicts the city’s spirit of living in the moment with reality and imagination, a sentiment common among teenagers at the time. These concepts imagined 40 years ago resonate with Hong Kong’s current situation. In view of this, the exhibition proposes the city as a place of origin, free from the vulgarities and limitations found within the concept of a country. The exhibition also re-examines the spirit once reflected in this novel, and questions its unique linkage that connects the past and current societies.’

In part contemporary archival, historical, documentary and experiential, the exhibition is laced with political and capitalist undercurrents throughout. It examines concepts of literal nature of borders and border control, nationalism and commercialism, the experience of living in the transculture, re-understandings of past happenings-situations-locations, all in relation to a past, present and future Hong Kong.

The exhibition shared much common ground with my artistic practice (that is constantly on the back burner thanks to PhD land)…practice in terms of text art, linguistic contexts and use of multiple conceptual and literal languages (Oscar Chan Yik Long); examinations and reflections on social media (Lam Hoi Sin uses a dating app to pursue interpersonal relationships that go beyond geographic restrictions), paper arts and paper cutting (Elvis Yip Kin Bon composes with great humour his own texts using newspaper clippings); the use of other senses through which to experience (Working with a perfumer, Morgan Wong mixes odours commonly smelled at the Hong Kong border with Mainland China, producing a fragrance that can be experienced away from this highly restricted area). There are fireworks, speech’s, political figures and corporate companies, online stages and social media players, gambling, work life and street life and so much more. A true example and flavour of the preoccupations of artists in Hong Kong today. You can even smell the criticality of Hong Kong in the air.

After seeing this show, I had a gut feeling that I was going to be overwhelmed by good exhibitions (when I say “good”, I mean ones that capture my attention enough to blog about them and unravel their ideas) here in Hong Kong. Since the Umbrella protest-Umbrella Revolution-Occupy Central, it seems that exhibition concepts-contexts have become more critical, more internalized in terms of represented a focussed individual point of view, yet clearly more globally speaking showing engaged dialogues with Hong Kong’s borderlands of Taiwan, Mainland China and Japan. Furthermore, it seems like there is more of a focus on Hong Kong’s emerging generation of artists, recent graduates and this legacy where ‘Imagine there’s no country. Above us only our cities’ showcases the work of Oscar Chan Yik Long, Cheng Ting Ting, Luke Ching, Mark Chung, Chris Huen Sin Kan, Lam Hoi Sin, Lau Wai, Ng Ka Chun, Eason Tsang Ka Wai, Tang Kwok Hin, Morgan Wong, Elvis Yip Kin Bon. 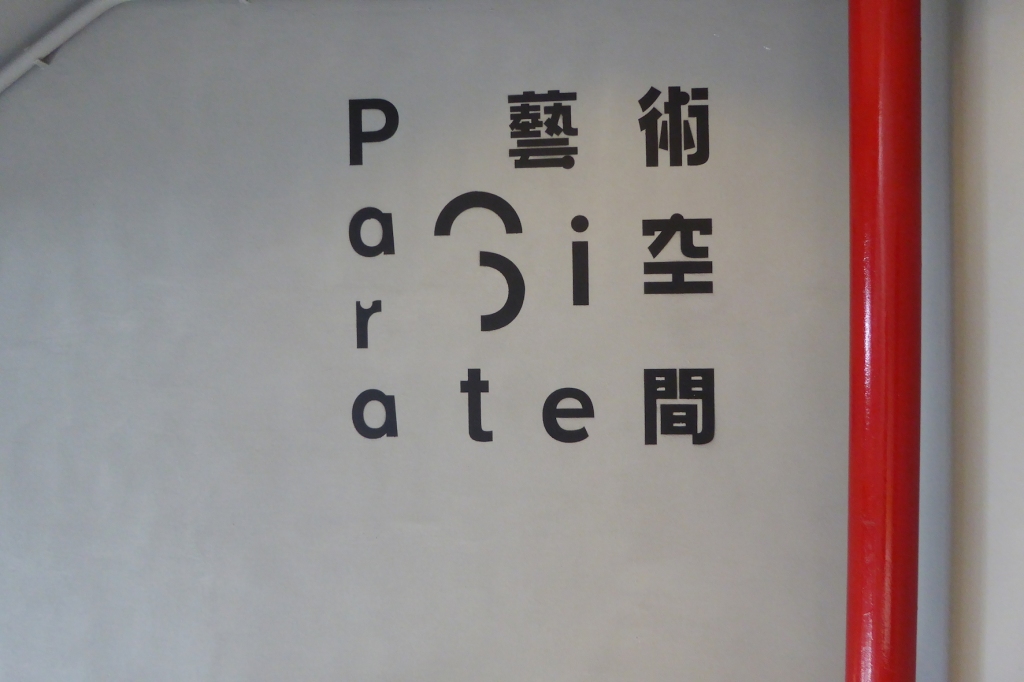 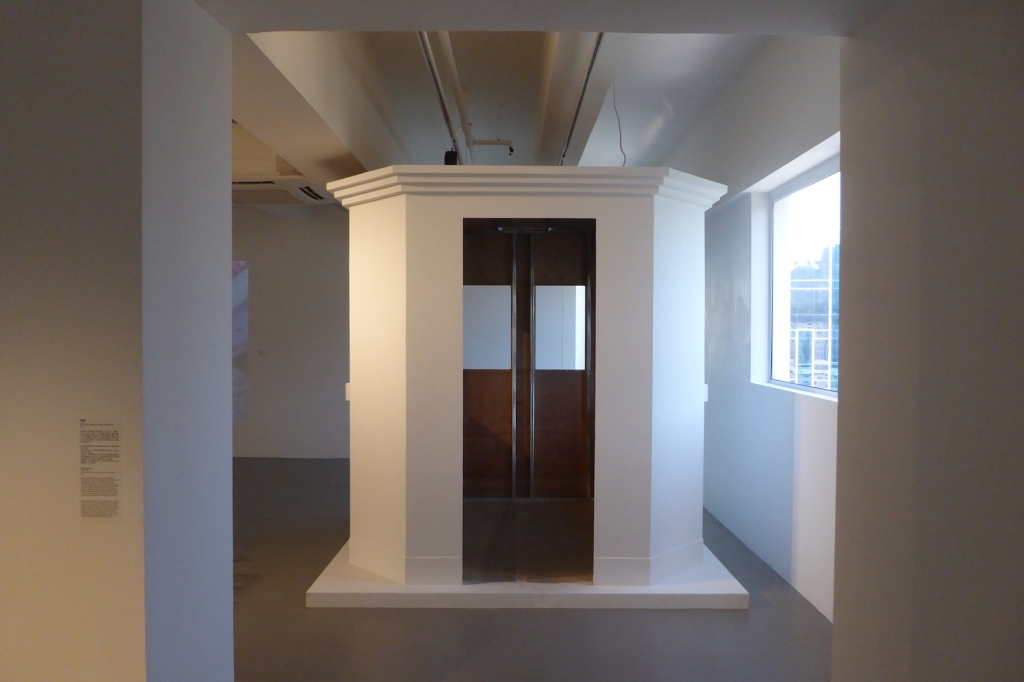 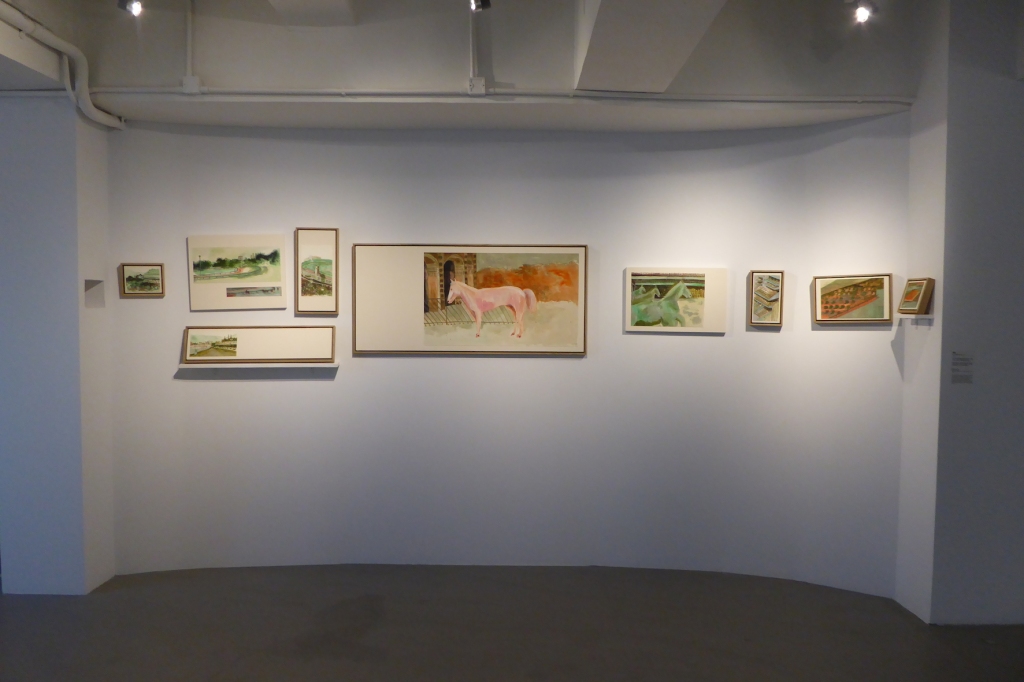 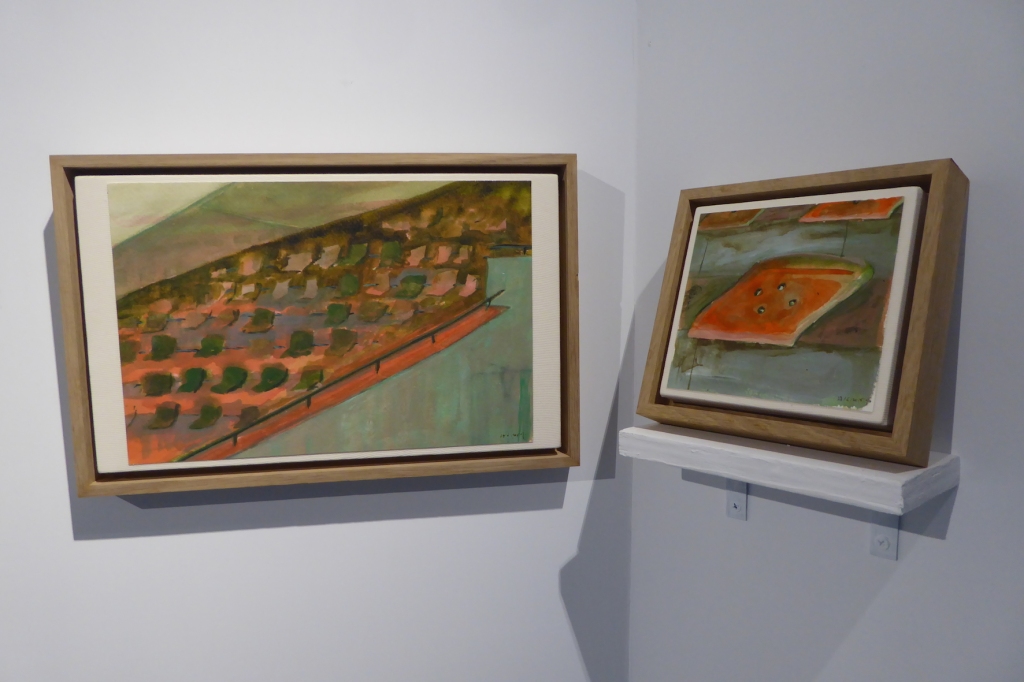 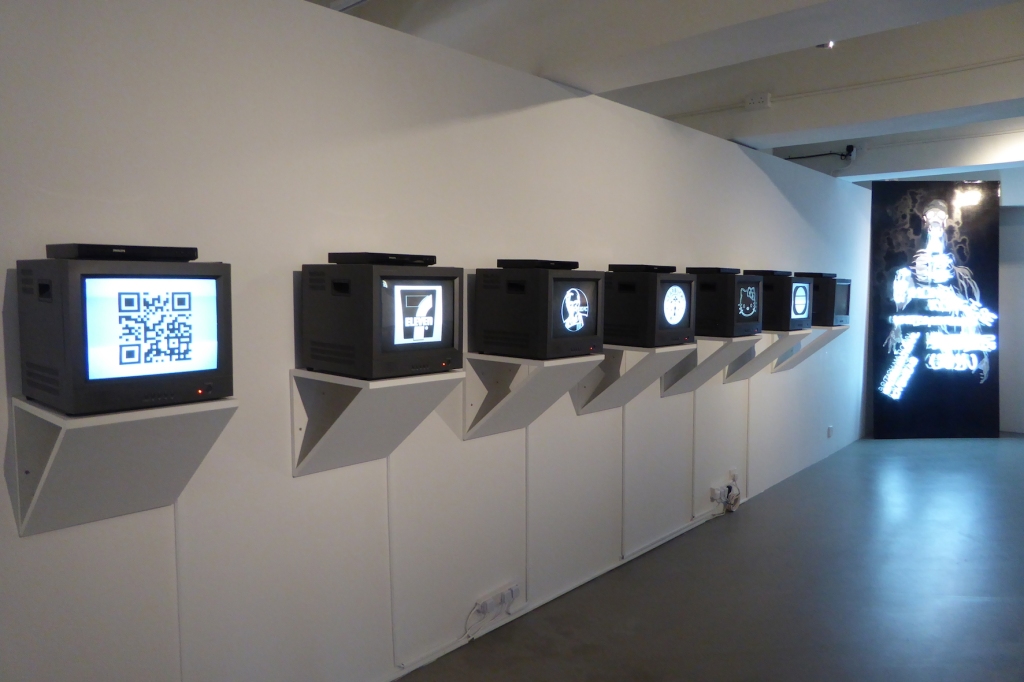 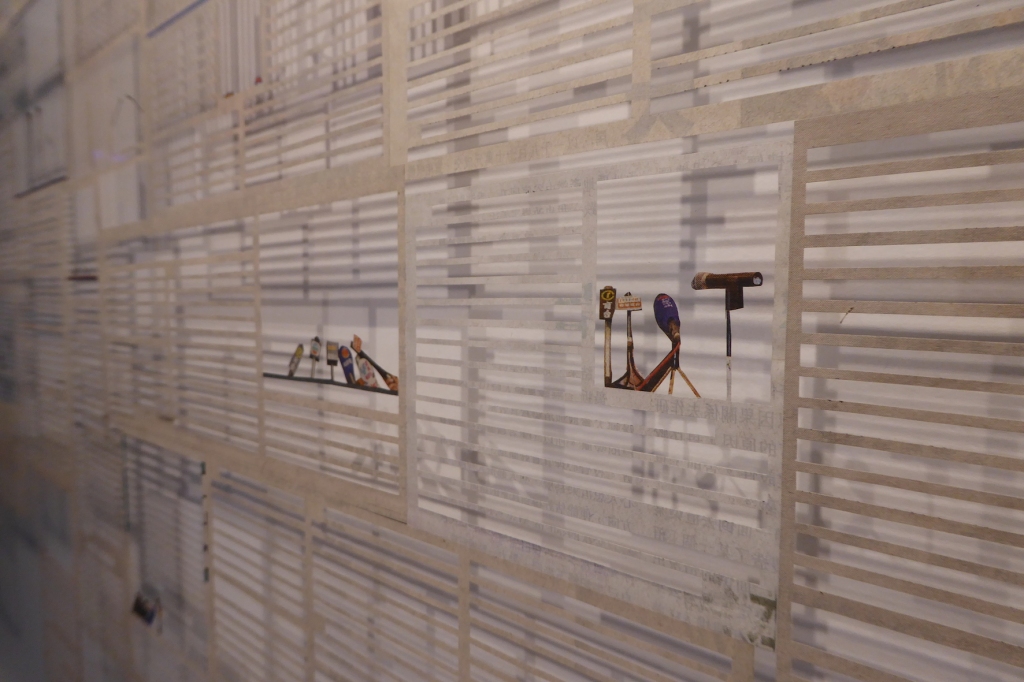 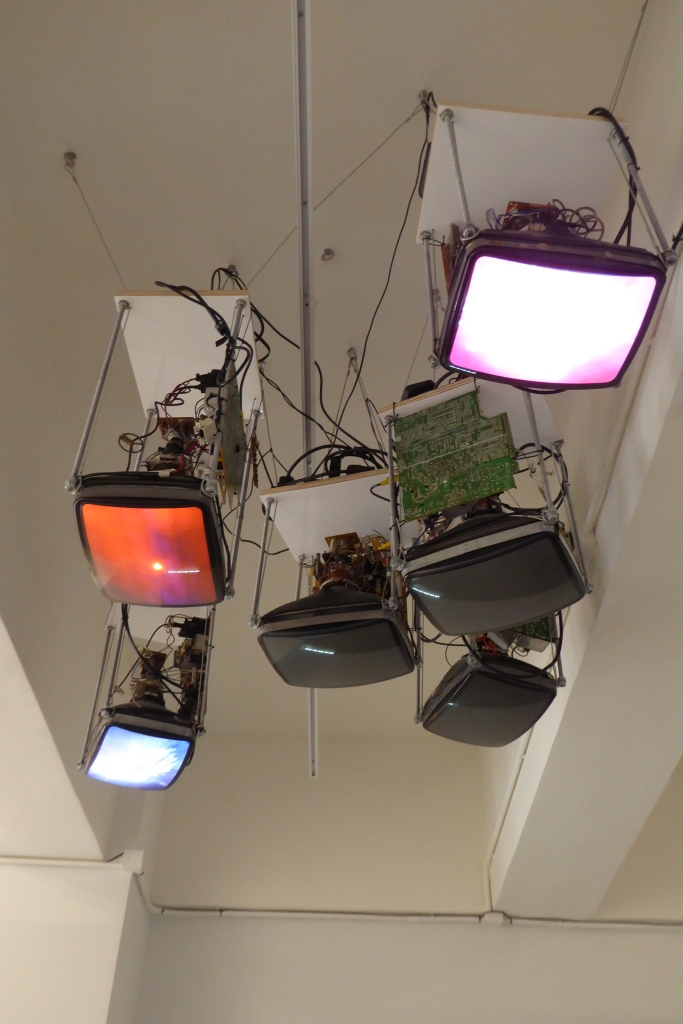