I came across this film quite randomly through social media – ‘Breathe Again’, a light projection and public intervention by the Chinese air purifier company Xiao Zhu. Having experienced Chinese pollution levels first-hand during my China years, often coming home (after cycling) with a film of dirt on my skin, I was intrigued as to what this film wanted to say to the world back in June 2015.

The company ‘wanted to stand out in a market that was almost as congested as the air.’ A market where half a million people, mostly children, have died due to air pollution related illnesses related in some way to extreme levels of airborne contaminants. Aiming to put a spotlight on air pollution’s biggest culprits – the factories – now responsible for up to 65% of the pollution, they used the actual pollution from the factories as a medium, or as I see it, a cloud canvas…a temporary exchange platform. In the dark of night, dozens of images of the Chinese youth shown in numerous stages of dismay, pain, and ultimately suffocation, were projected onto the billowing plumes of smoke.

“Like most socially conscious businesses, entering better products into the market is often only a small part of a larger equation; true change lies within education and protest. To make an impact, Xiao Zhu needed to show the people of China how crucial the issue is, and did so in the most direct means possible.”

The project helped illustrate how crucial the issue of air pollution is for future generations, especially in cities and nations of this scale. With a powerful statement and slogan – “Clear the air. Let the future breathe again.” – people took notice at the time but it is questionable as to how much impact or change was instigated.

“Bypassing the metaphor and putting this work on a real life stage, art can be subversive in ways that dissidents can’t imagine.”

In reality, how subversive is this intervention? Was there fear of a governmental reaction? Is it art? Does it only become advertising when you see the company’s logo and brand? It clearly sits in the borderland of art and advertising, political practice and corporate message. The art of advertising is difficult territory…as is the advertisement of art…both especially difficult in contexts of China. It got my attention…but it needs more than attention, it needs action… 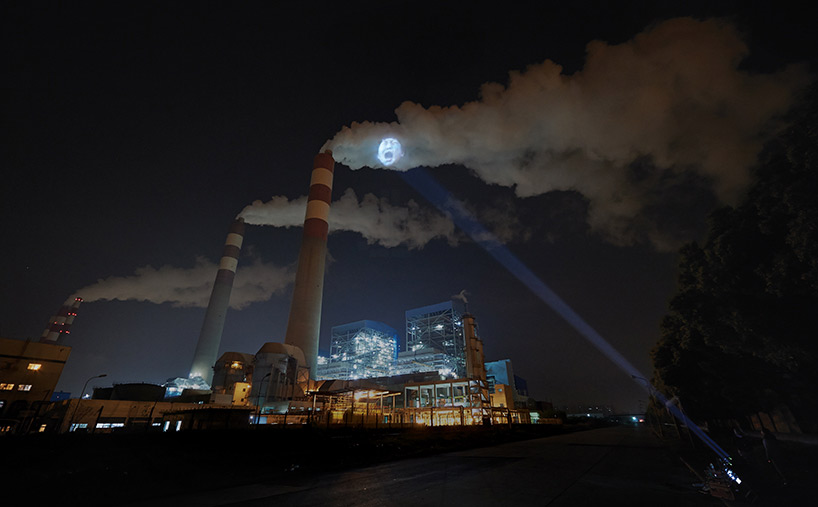 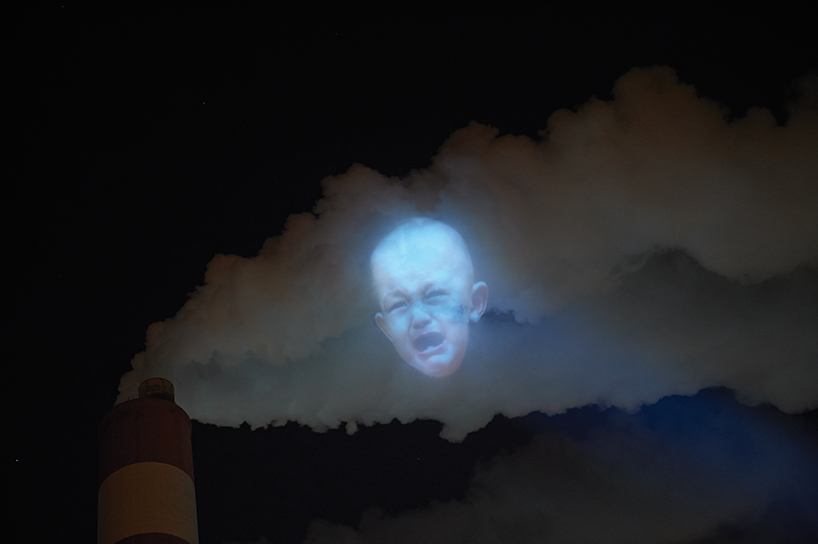