This weekend, whilst undertaking research for an article I’m writing for the forthcoming Transnational Dialogues publication about the artist and the city in relation to the current Umbrella Revolution, Occupy Central, the Hong Kong “democracy now” protests…I came a handful of different perspectives of Hong Kong, of its architecture, it’s brutal architectures of change, the concrete “reach for the skies” jungle that it has become…so I thought I’d share them with you. I lived in Hong Kong for a number of months at the end of 2010, and visited many times during my China years, where I now have many friends and colleagues. During this current time of political unrest, my experiences and memories of Hong Kong are changing, becoming nostalgic but also re-focussed in the here and now. I have a want to be there to represent and support yet a moment of detachment as I’ve been away for so long. I’m looking forward to writing the article and I can’t wait to share it with you.

Since the invention of photography, architecture has  proved a worthy subject for photographers and, in turn, photography has played an important role in how architecture is communicated. The new book ‘Shooting Space: Architecture in Contemporary Photography’ by Elias Redstone is an example of this, beautifully designed covering the work of fifty international well-known and emerging artists, collaborations between photographer and architect, global urbanization, alterations to the natural landscape, reappraised Modernist icons, and imagined environments. Presenting a unique  study of outstanding work in contemporary architectural photography, ‘Shooting Space’ not only offers an exciting survey of photographers at the intersection of two genres, but a considered survey of our built environment. Divided into five chapters, it has explorative essays by curators Kate Bush, previously Head of Art Galleries at the Barbican Centre, UK, and Pedro Gadanho, Curator of Contemporary Architecture at The Museum of Modern Art, New York. I’d love to get my hands on a copy to review and to smell the fresh print on its pages as my world shifts more into architecture and urbanism with a focus on the museum culture (“Museumification”) of China and East Asia…I’d be interested to know how much of an Asian focus there is in this book.

The first works are by photographer Nick Frank, documenting a recent trip to Hong Kong and Kowloon entitled “Concrete Living”. The images aim to deal specifically with the issue of individuality and attention. With a hint of Andrea Gursky about them, they visually abstract and simplify through shapes and colour the sprawling mega city and its inherent population, making a definitive statement about the loss of individualism and identity, and the power of constructed urbanism.

‘Nothing is what it seems at first glance. Tightness that appears about unbearable for Europeans is of different significance in a country with the population of China. Even if it is a small space there can be laughter and crying, suffering and living in general. It’s all a question of culture? It’s more a matter of perspective! Life is born, formed, survived – for generations. Again and again and again!’ – Nick Frank 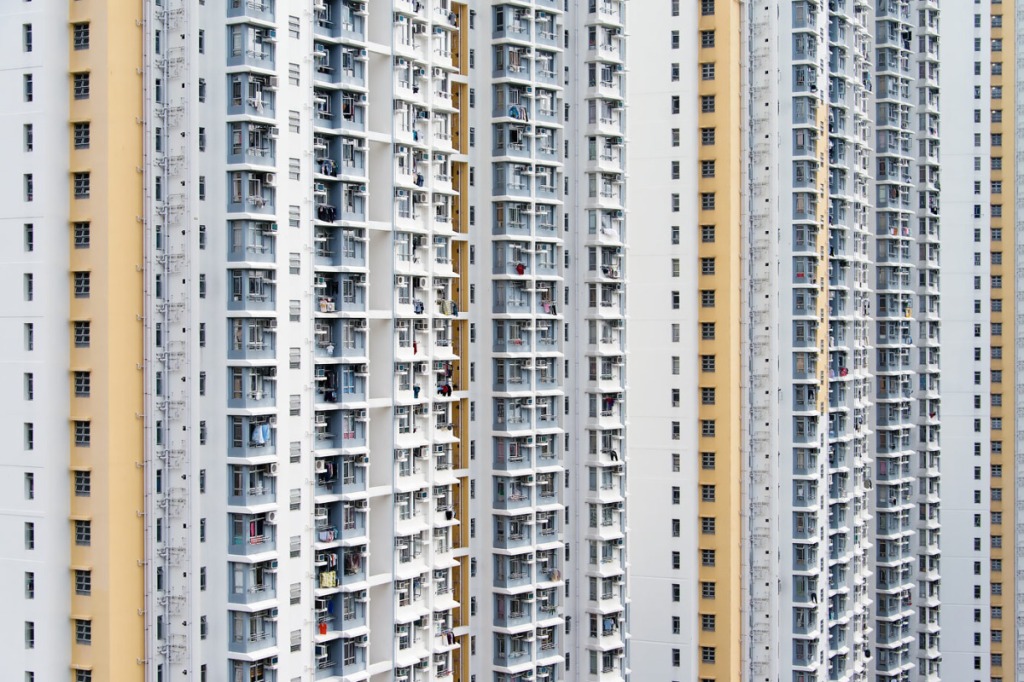 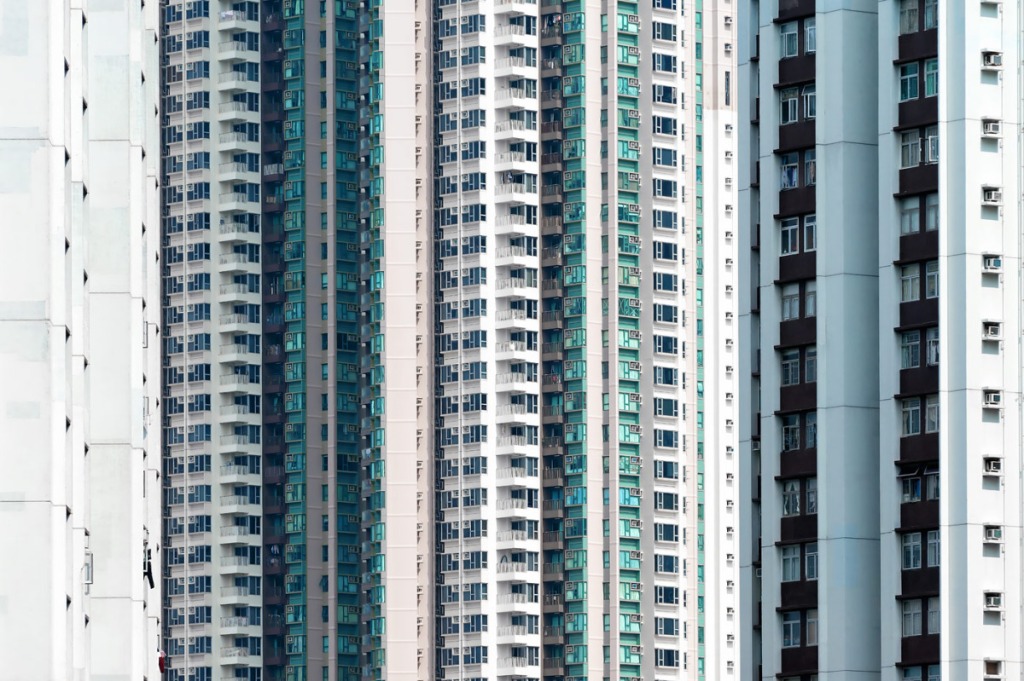 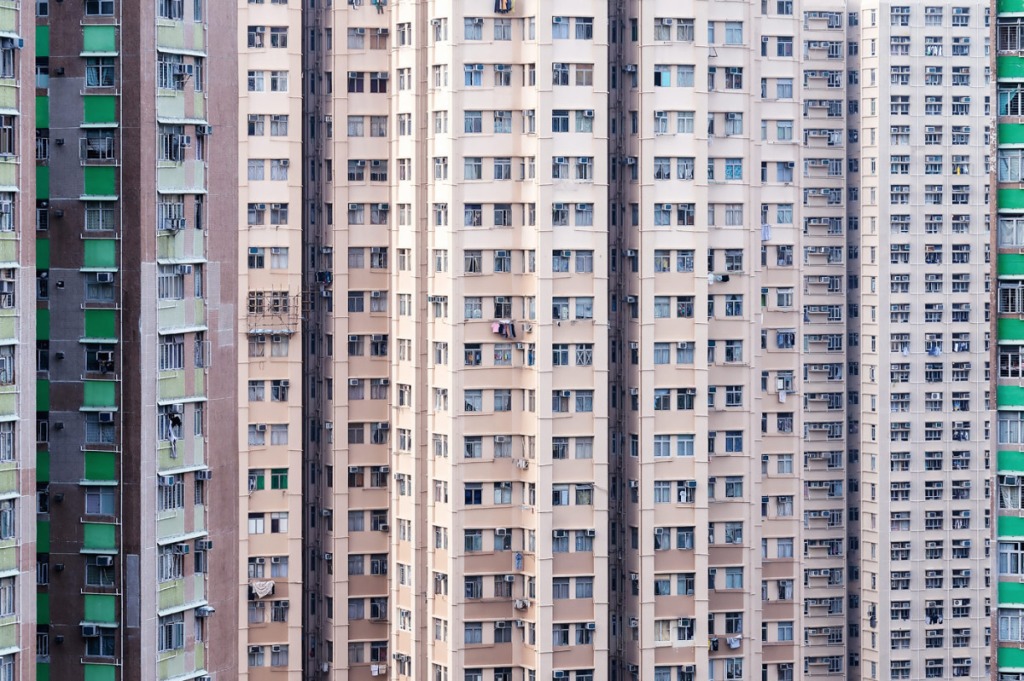 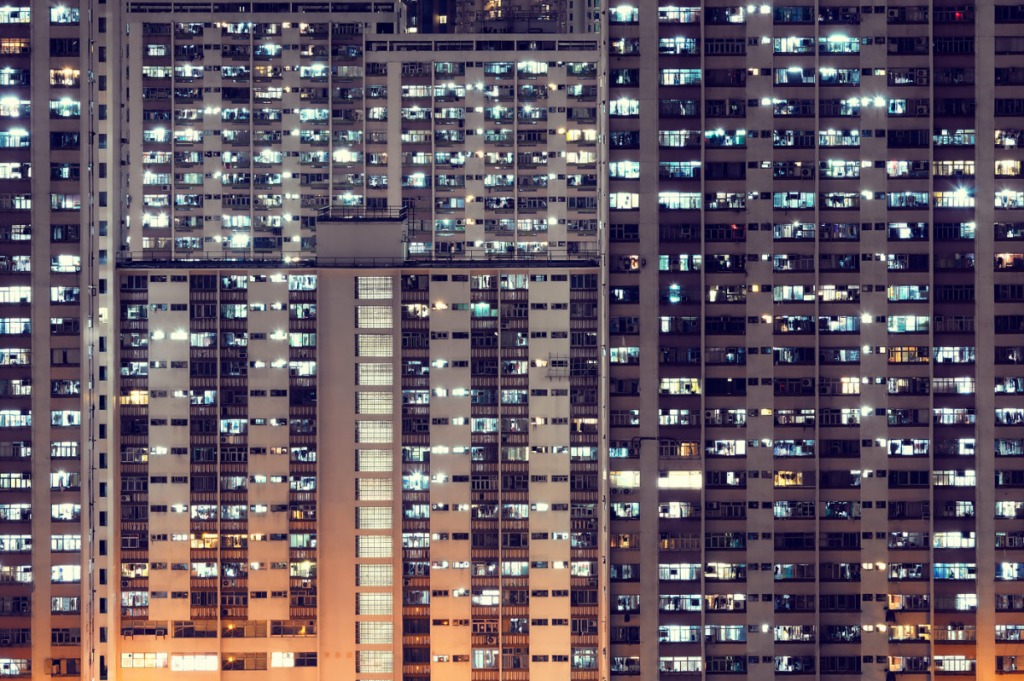 ‘The Smallest Tweet’ (June 2014) by Manchester-based artist and filmmaker Chris Paul Daniels. This short film is the visual experience and outcome of a research trip as part of a British Council and Arts Council England AIDF funded project with Transnational Dialogues. I am actually part of the Transnational Dialogues project too, writing an article for their forthcoming publication and participating in their closing event in Rome in November this year, where it will be great to finally meet all the project participants and hear their experiences. Funnily enough, Chris lives in Manchester and shares a studio with some of my friends and colleagues…and knows other people who I know in the world of art. Small (art) world as ever, and to be honest not that unexpected. A sound byte of Hong Kong visualising the city’s frenetic rate and fast-pace of change from night to-day, morning to evening.

Finally, Peter Stewart, a travel photographer based in Australia, who, like Nick, captured Hong Kong’s high-rise apartment buildings from a different perspective…the dense urban environments, and architecture of Hong Kong’s public housing. The series ‘Stacked – Hong Kong’ seeks out some of the most repetitive sights in Hong Kong and ‘turns them into hypnotizing compositions’ where night-time was the best time to gain access to certain spaces without human interference.

“All it takes really is a keen eye for finding the beauty in the monotonous…The everyday structures that we often fail to appreciate.” – Peter Stewart

‘I have spent the majority of 2012/2013 traveling through Asia to countries like Singapore, Malaysia, Indonesia, Thailand, Cambodia, Vietnam, South Korea, China & Japan. I had used Hong Kong primarily as a base for myself, but kept coming back as the city was just so fascinating for me and a huge draw for various types of photography from shooting street photography in the busy markets, to the huge modern skyscrapers and even landscapes in the outer regions like the New Territories. I find that getting all the usual tourist attractions out-of-the-way quickly really opens you up to really explore a city. You feel satisfied that you’ve seen what needed to be seen, now it’s time to find the hidden spots that may prove for more interesting pictures. I find that even in large cities it usually only takes a few days to see what you might describe as the ‘must see’ spots. Take New York for instance, it doesn’t take long to tick off Times Square, Central Park, Statue of Liberty, Brooklyn Bridge, 5th Ave etc. So whats left?’…and he’s right. What is left?

To really experience a city, a place, a space, you must have different ways of seeing, different ways of viewing…that’s why I’m constantly cloud dreaming, reaching my eyes to the sky. Look above tonight. Look beyond, and keep the people of Hong Kong and their fight in mind.