“Everyone knows that you shouldn’t touch a red-hot piece of iron, if you do, you’re going to get burned. The same goes for a country, a nation. We know we shouldn’t repeat our past mistakes. So how can we preserve our memories of that? Museums are a great way.” – Fan Jianchuan

Touring the Jianchuan Museum Cluster, developed and owned by Fan Jianchuan, an ex-official and real estate magnate, in the town of Anren, near Chengdu, the film shows a group of exhibitions, named after Fan himself, displaying his collection of millions of historical artifacts that have been gathered over a lifetime. Collecting is Fan’s obsessive addiction, his “disease”.

Fan’s museum displays objects from various Chinese historical events, including the officially memorialized Sino-Japanese War and the 2008 Sichuan earthquake. Frank and Fan, place special emphasis on the galleries devoted to the “Red Era” and, in particular, the Cultural Revolution (1966-76), a period when the collection and proper enshrinement of Maoist paraphernalia became a necessity for political respectability and thereby survival, when, in essence, anyone who hoped to remain free of persecution was forced to become a collector. Fan, himself, got his start during those days, gathering up leaflets and posters denouncing his father as a “capitalist roader.” “Historical relics can express much more than a person can, more than we can express in essays or in broadcasts, they have more power.” – Fan Jianchuan

About a third of the museums in China are dedicated to showing objects and works from the period of the Cultural Revolution in China. When speaking to Zhang Ming from the People’s University of Beijing, he says that state museums have ignored events like the Cultural Revolution so the people have got used to ignoring it, where a visitor calls the Cultural Revolution “insanity”. As part of the collection, Fan has a mirror museum, which literally shows thousands of mirrors from that time. This often conceptual nature of Fan’s exhibitions have allowed him to skirt the fine line of what isn’t acceptable.

Thirty years ago impossible to imagine planning a museum like this. It is always very difficult to show things from the Cultural Revolution as the concepts and meaning will be forced to be “watered down” as such. His museums ‘recall the era through a deliberately grotesque (and well-financed) reenactment of its frenzied accumulation and display, piling up Little Red Books, porcelain busts of Mao, and household items emblazoned with exhortations to “serve the people.” Much goes unsaid at Fan’s museum, and that is by design, as well..but it is unique in China, if not in the world, as a testament to one man’s will to spend his wealth and influence probing the boundaries of what can permissibly be remembered, and perhaps inspiring others to do the same.’

The importance of archiving and documentation, documenting history, events and happenings, is paramount as part of any culture, so context, knowledge and experience doesn’t get lost for the forthcoming generations. I say this in the wake of the current democracy protests in Hong Kong…’Occupy Central’ or the Umbrella Revolution as it’s called…and whether, in years to come, there will be artists’ works made in response to it show alongside collected historical artifacts…the representation of a collected and collective contemporary unrest. 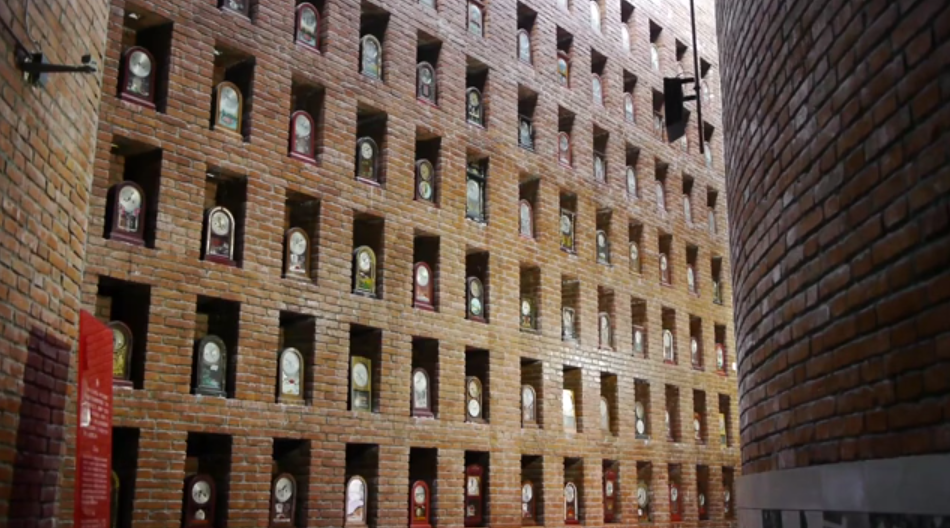