The UK open exhibition returns. Since 1949 New Contemporaries has consistently provided a critical platform for new and recent fine art graduates primarily by means of an annual, nationally touring exhibition. Independent of place and democratic to the core, New Contemporaries is open to all. One of only two open exhibitions in the UK, participants are selected by a panel comprising influential art figures including curators, writers, and artists often who have themselves previously been a part of the New Contemporaries, and a rigorous process that considers the work within a broad cultural context. This year they have selected four Chinese contemporary emerging artists to show: 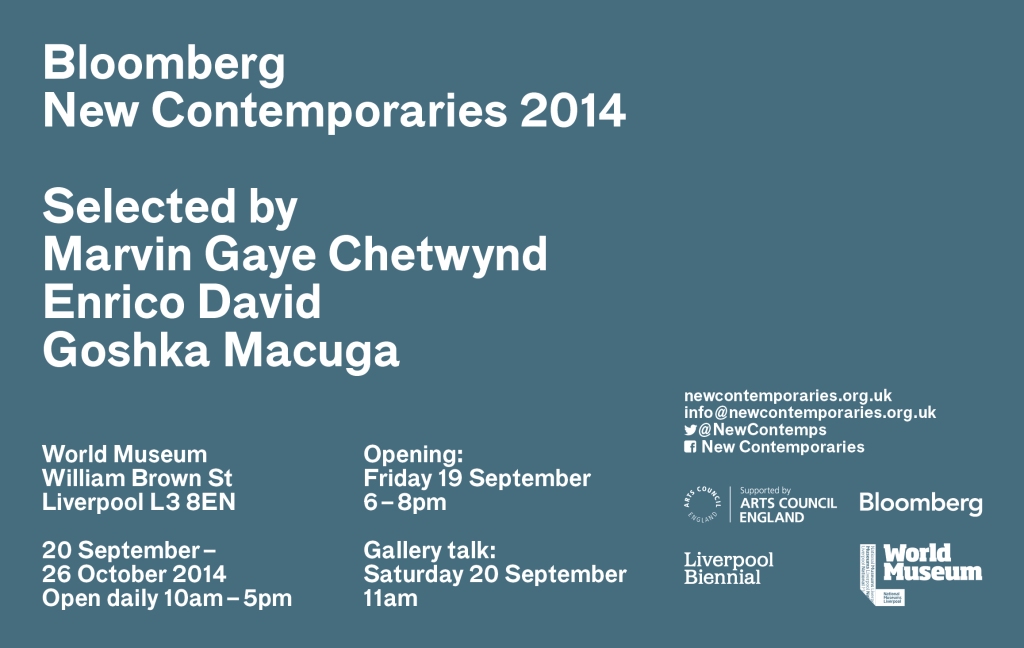 The largest exhibition of Chinese contemporary art in the UK to date, it features all new commissions or UK premieres by over 30 artists. “The current socio-economic vision presented by the government of mainland China, seemingly presents ‘no conflict’ but rather, almost poetically, 天下無事, a ‘Harmonious Society’. Simultaneously our era has been characterised as increasingly destabilised and challenging, transformed in the early years of the 21st century in terms of space, identity and communication. Artists from Hong Kong and Taiwan investigate their own socio-political situations, responding alongside artists from mainland China, to the produce the Harmonious Society exhibition. 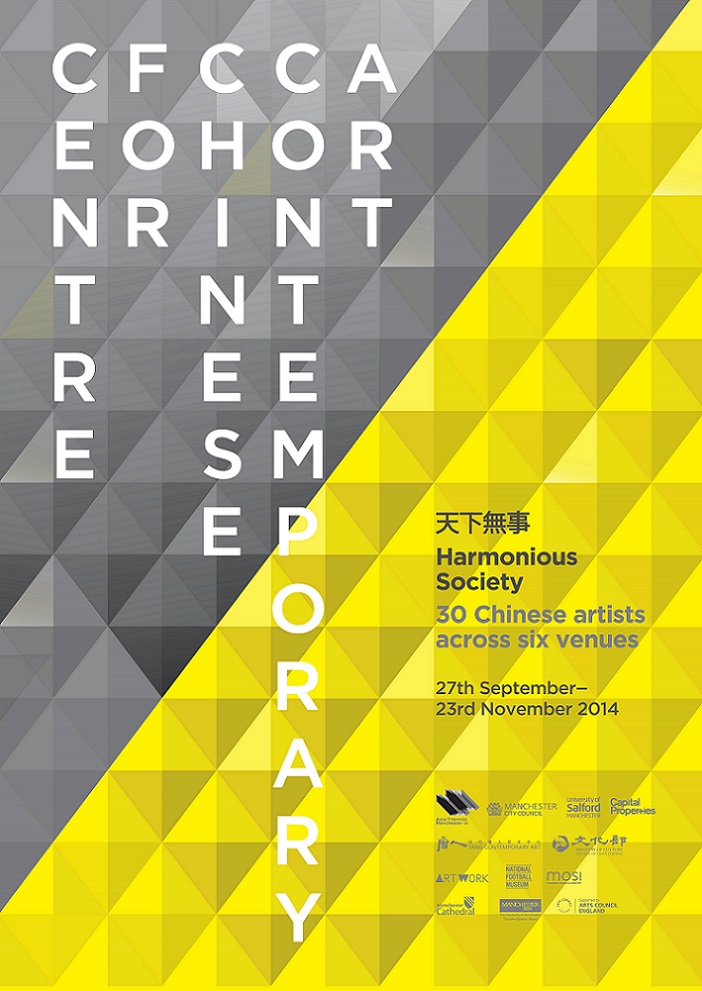 This autumn, Blenheim Palace sees the launch of the new Blenheim Art Foundation, which brings an exciting new programme of contemporary art by leading international artists to the Palace. Opening on 1st October, celebrated Chinese artist Ai Weiwei’s largest UK exhibition launches the foundation in ‘Ai Weiwei at Blenheim Palace’, with more than 50 new and iconic artworks on display throughout the palace and its grounds. 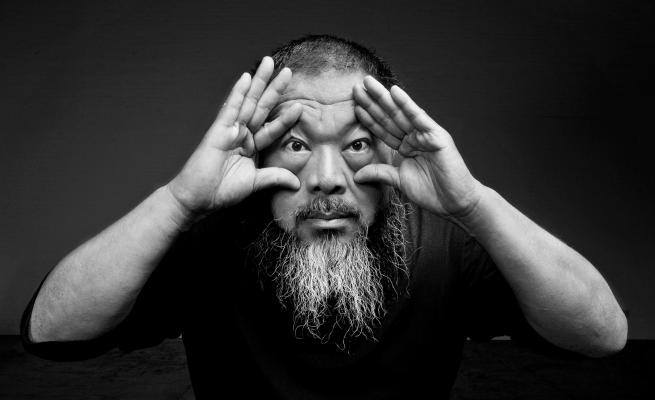 This exciting and unique exhibition showcases contemporary ceramics and glass from emerging and established Chinese artists. It will include striking new work and demonstrate current trends and practices in work being created in traditional porcelain centres Shanghai and Jingdezhen. Organised in partnership with Bristol Museum & Art Gallery, The Potteries Museum and Art Gallery, Stoke-on–Trent, The Wilson, Cheltenham Art Gallery and Museum and Two Cities Gallery, Shanghai, this exhibition starts its tour at The Wilson before moving to Bristol and Stoke.

Join us this autumn for our ninth installation of Beyond Limits, showcasing more than 20 monumental sculptures by different artists from around the world including one of China’s best known and highly acclaimed artists, Xu Bing, along with Marc Quinn, Christopher Le Brun and Aristide Maillol. Whatever your age or interest you’re sure to find sculpture that moves, intrigues and amazes you. Download a map of the exhibition (pdf 645kb)

Between AD 1400 and 1450, China was a global superpower run by one family – the Ming dynasty – who established Beijing as the capital and built the Forbidden City. During this period, Ming China was thoroughly connected with the outside world. Chinese artists absorbed many fascinating influences, and created some of the most beautiful objects and paintings ever made. The exhibition will feature a range of these spectacular objects – including exquisite porcelain, gold, jewellery, furniture, paintings, sculptures and textiles – from museums across China and the rest of the world. Many of them have only very recently been discovered and have never been seen outside China.

Six artists who have exhibited their work at Platform China in Beijing revisit that relationship reprising works that were shown in 2007, 2008 and 2010 respectively but remixing them for a new time, place and context specifically for this exhibition. The three artists from China, two Qui Xioafei and Jin Shan have shown in the UK in the recent past and Pei Li is exhibiting here for the first time. 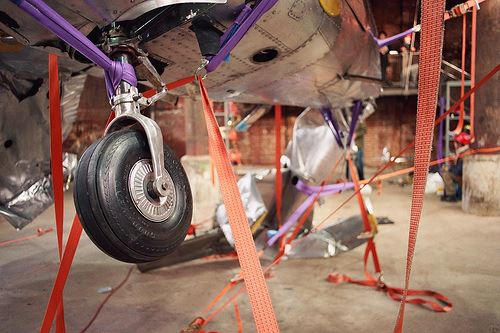 An Experience Shaped by An Experience I Never Experienced – Ran Huang’s first solo exhibition in London. The exhibition includes an extensive body of new work including Huang’s most recent  film, The Administration of Glory, which was nominated in 2014 for the Short Film Palme d’Or at the 67th Festival de Cannes. While the strategies they employ are diverse, the works in the exhibition share a playful interest in the deconstruction of the notion and mechanisms of history, the sublimation of violence and the expression of creative anxiety. 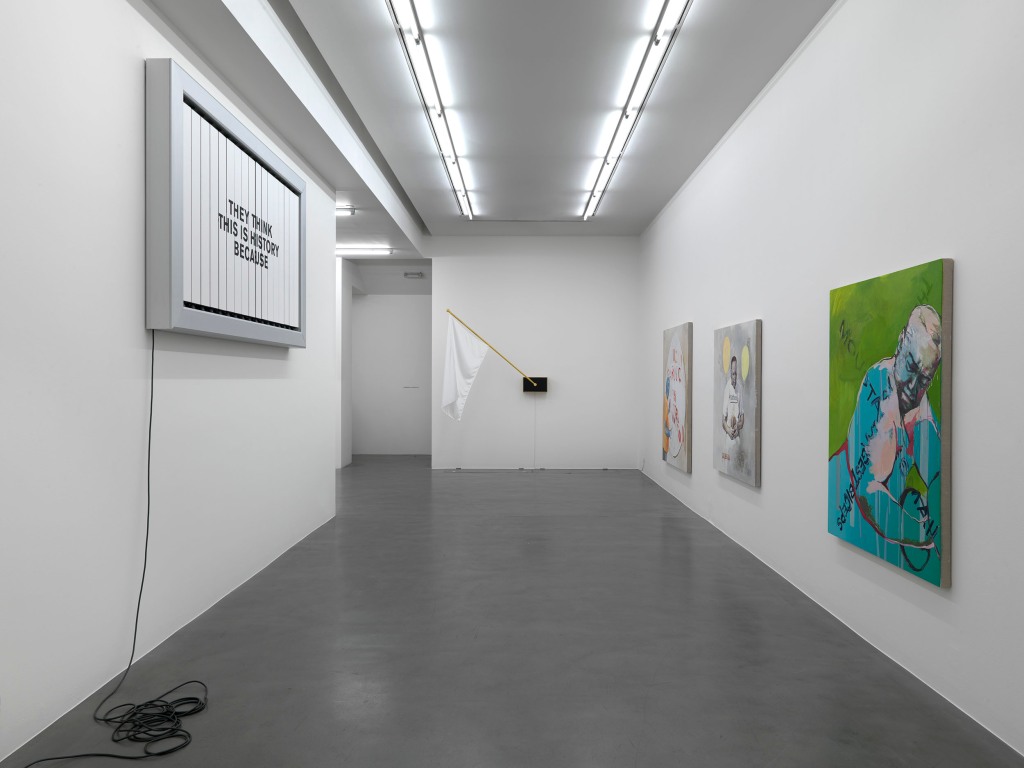 East by South East features work by some of the most compelling and innovative artists from China, Tibet and Japan, such as Ai Wei Wei, Zhang Huan, Zhang Xiaogang, Yayoi Kusama, Takashi Murakami and Gonkar Gyatso. Using sculpture, painting, photography and print, the exhibition explores themes that include the reinterpretation of traditions, diaspora communities and the influence of the political and cultural context. 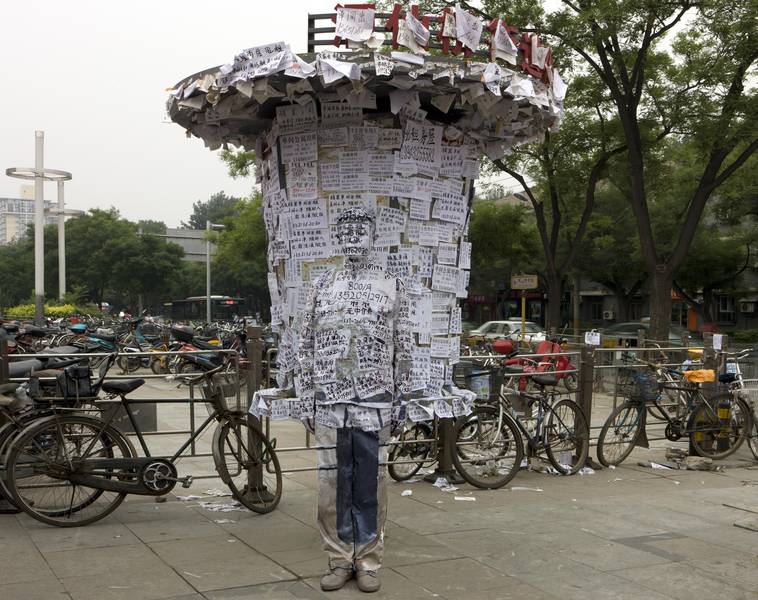