After the treat of seeing the typographic world of Barbara Kruger at Modern Art Oxford (feeding time for wordgirl), manaXi and I went to see one of our favourite bands – Tantz – play at The Cellar. We’d seen them in the very early days of “nickel”, at the beginning of this year at Antwerp Mansion in Manchester when they were supporting Riot Jazz. That was one unforgettable night for so many reasons. So much fun, smiles and silly that evening. I love supporting new music and seeing live music…also finding new sounds to feed my soul.

Tantz are serious high energy boys, an infectious noise, stated individualism and pure dynamism with their “electro-klezmer” music, a hard-hitting blend of Eastern European folk and broken beats. As with Antwerp Mansion, The Cellar, which I had never been to before that night, is a small space, so the crowd, yet again consumed by what they heard, filled the floor, wall-to-wall, as you can see in manaXi’s rainbow palette of photographs below. The band played as part of The Cellar‘s live jazz and world music night called ‘Bossaphonik’. Again, with a can of red stripe can in hand (running gig trend here), our “Tantzpantz” on (a word/phenomenon we’ve coined), manaXi and I got lost in (sweaty) basement dancing like it was the end of the world. ManaXi talked to the fiddle player to potentially get him to play and collaborate with his High Grade Rockers Sound System, which would be something else. Let’s see what happens. Until that possibility, play them LOUD and move your peggy legs in every direction possible before you sleep tonight. 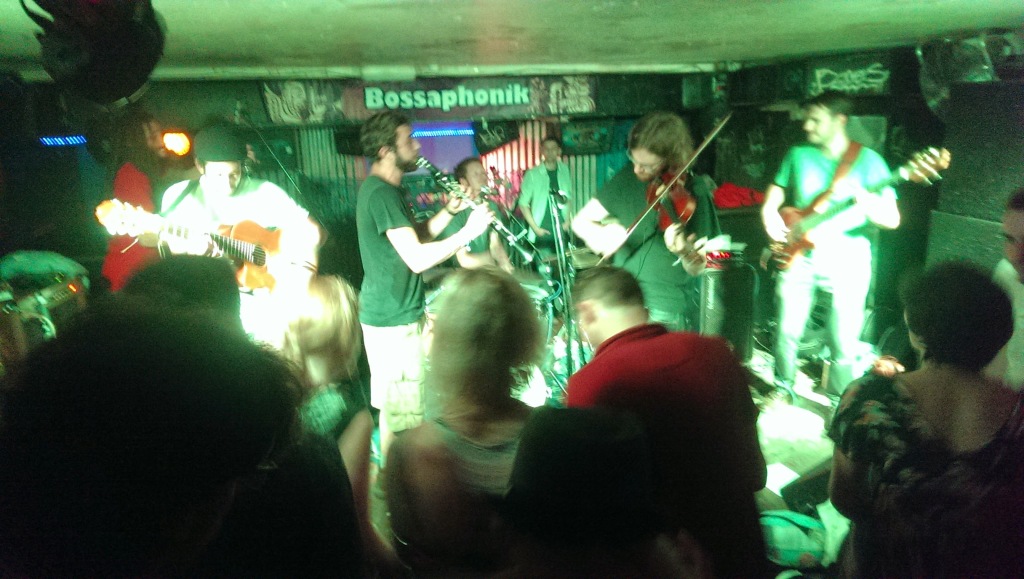 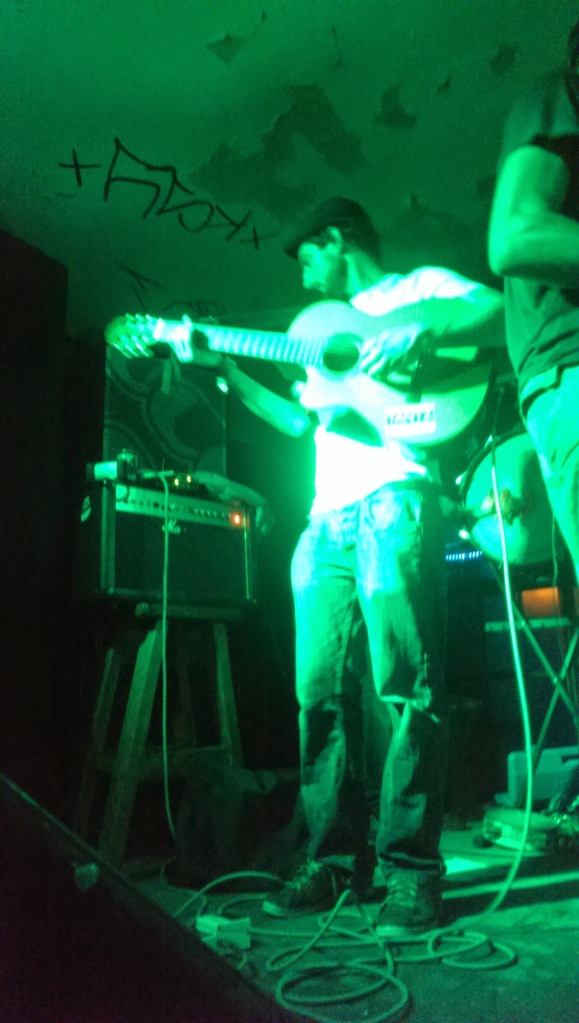