I’m sitting cross-legged on the floor of my lounge writing letters. As I put a pen to paper, ink to the page I thought I’d blog about a few East Asian artists that I’ve recently come across who use paper as their art-form, their material, their vision. I’ve spoken about one of them before – the Beijing-based Li Hongbo – but thought I’d mention him again as his practice seems to have gone viral lately.

Li Hongbo developed his sculptural paper style from the ancient Chinese art of ‘paper gourds’. His sculptures, although looking solid in form, are actually changeable and fragile and are created from up to 20,000 condensed sheets of paper that can move, flex, twist, bend, contract. As I’ve just said, I’ve mentioned him here before so won’t go into too much detail. 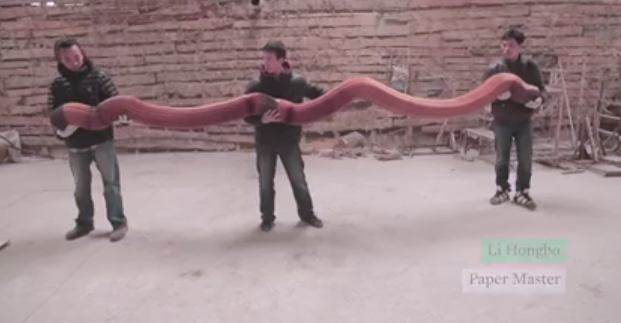 ‘For paper is the Chinese invention par excellence. It is the stuff of books and all their histories, philosophies, cultures, sciences, law, government and stories too. It is also the stuff of money, still. And it is one of the three elements in the game of Rock, Paper, Scissors, according to Ming Dynasty writer Xie Zhaozhi (谢肇淛; fl. ca. 1600, itself an ancient game dating back to the Han Dynasty called shoushiling (手势令), literally hand gestures or commands). Here, the paper more than covers the rock—it inhabits it. Far from becoming real, like Galatea, though, these marble ghosts metamorphose into paper dragons. The signs and clichés of Western culture gone, shown to be but paper screens until it springs back into place, perfectly camouflaged again. These strange hybrid animals of East and West play to, but also with us. What was Europe’s identity—its classical “soul,” the transformations of its industrial revolution…and its accompanying imperialism, become nothing.’ – Chris Moore for Randian

The second artist I want to mention is New york-based Colette Fu. In 2008, Fu received a Fulbright Fellowship to travel to China’s Yunnan Province and photograph the 25 ethnic minorities of her mother’s hometown. The journey culminated in The images below are taken from the We are Tiger Dragon People 我們是虎 series below, which reflects the community’s rich local histories, traditions, and tastes in colourful and vibrant collages. 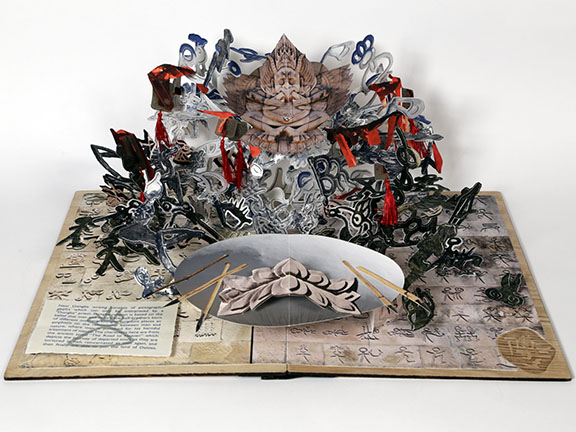 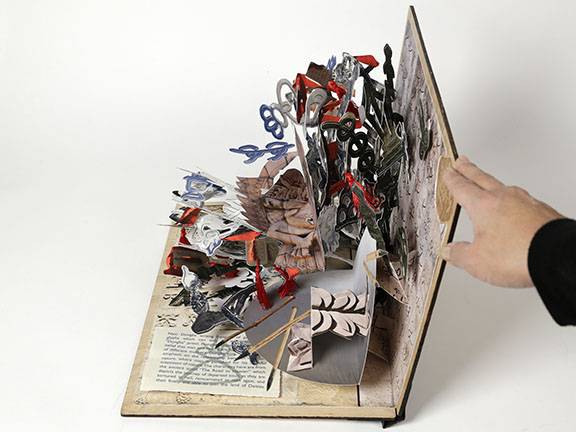 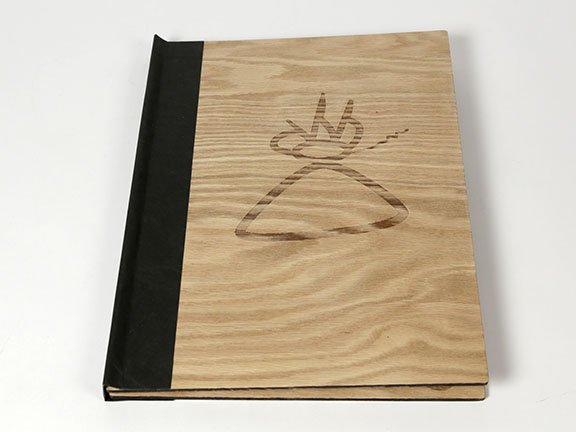 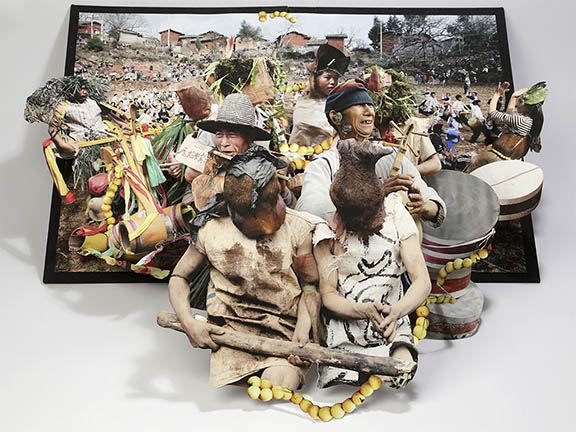 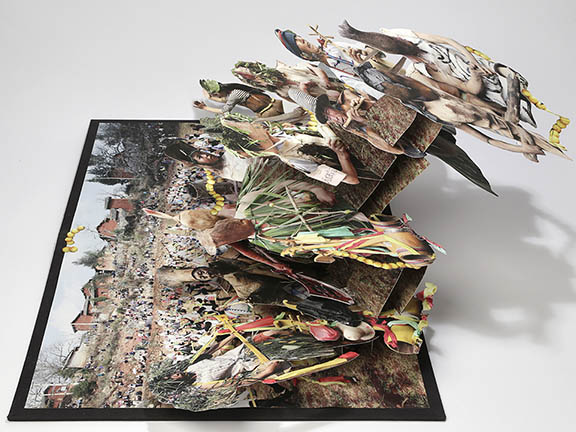 ’25 of the 55 minority tribes of China reside in Yunnan Province and comprise only 8.5% of the nation’s population, with the Han representing the majority. My mother is a member of the black Yi tribe; her grandfather was Lung Yun 龙云, governor of Yunnan from 1927-1945 and commander-in-chief of the 1st Army Group…Visual storytelling, especially in pop-up form, sparks a curiosity to make, share, and read a story and turns it into something a lot more intriguing. Paper-cutting in China was an inexpensive way to decorate homes with auspicious symbols. Movable books in the Eastern world were originally used to illustrate ideas about astronomy, fortune-telling, navigation, anatomy of the body and other scientific principles. This history prompted me to construct my own pop-up books reflecting ideas about how we relate to society today. With the generous support of artist residency programs, I am able to travel around the world to make my art and share stories.’ Taken from a recent interview with Asia Society.

“My pop-ups are a way for me to speak, mediate, express, delight and inform. Constructing pop-ups allows me to combine intuitive design and technical acuity with my love of traveling as I try to understand the world around me. With pop-up books I want to eliminate the boundaries between book, installation, photography, craft and sculpture.” – Colette Fu

The final artist I want to speak of is the Japanese papercut book artist Yusuke Oono. These “360° Visual Stories” depict one scene of story in a 3-dimensional way using the whole page of a book. They are delicate paper perfection that remind me of the Victorian animation techniques of the zoetrope. Attention to detail, as with all these artists, is key. 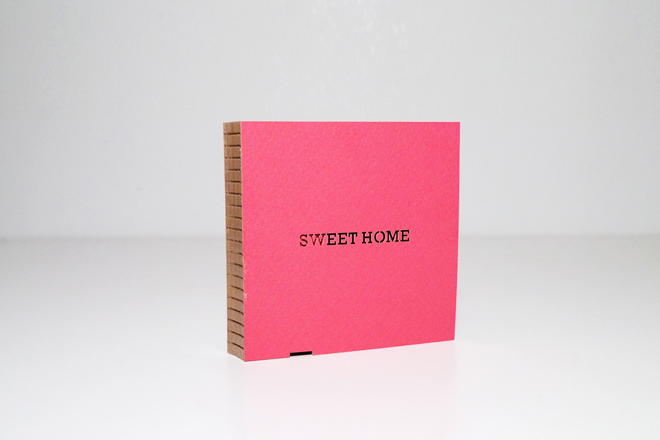 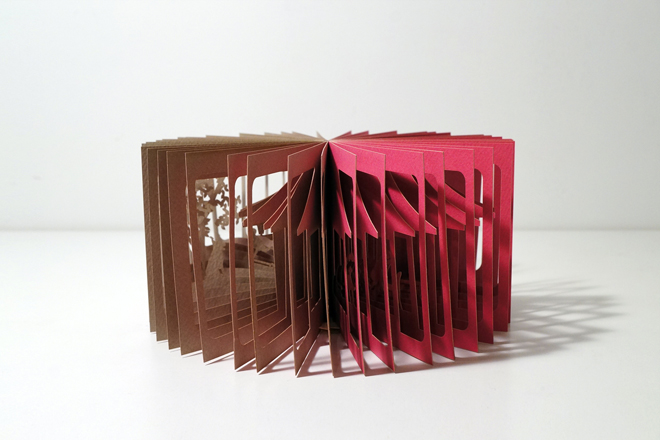 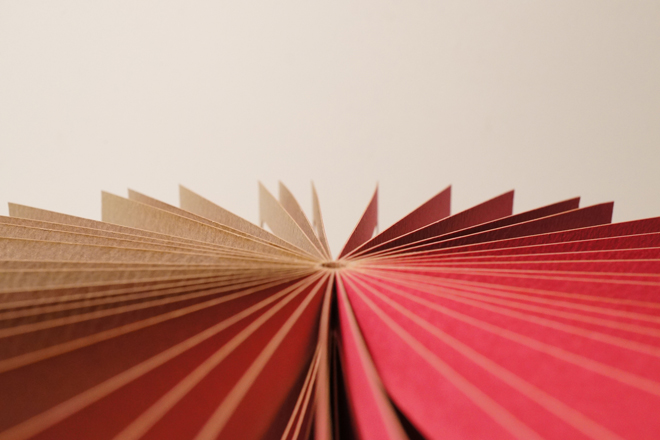 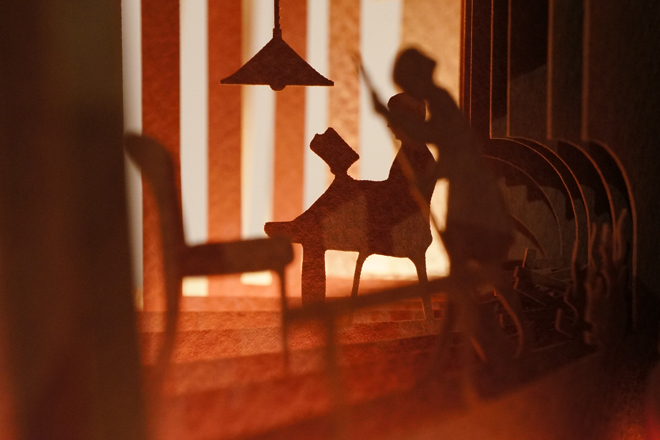 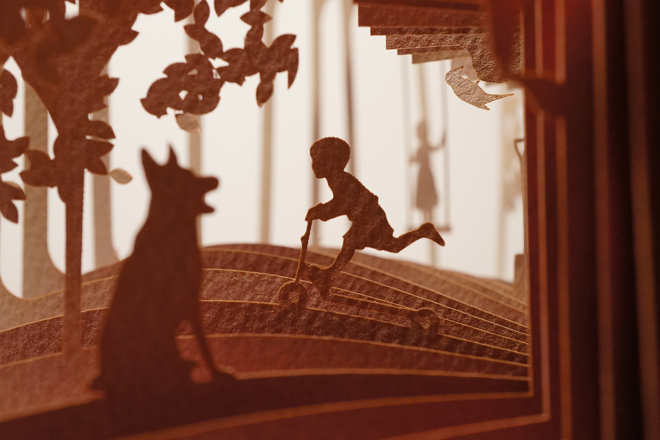 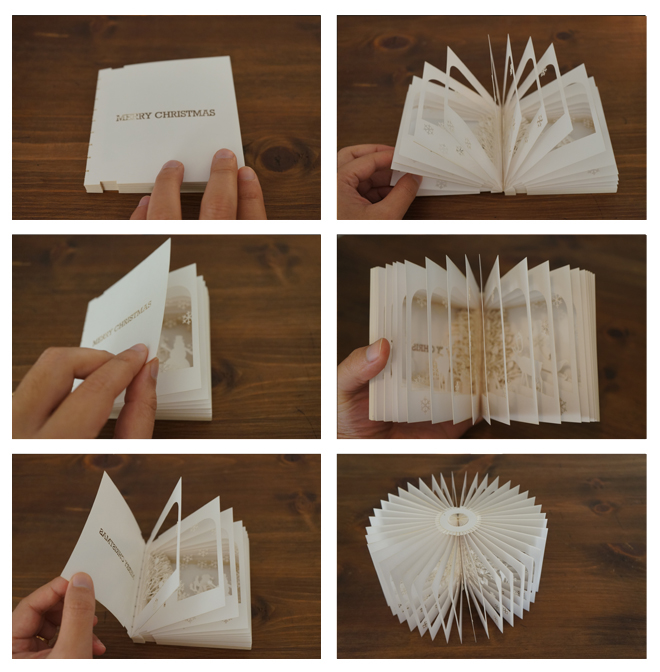 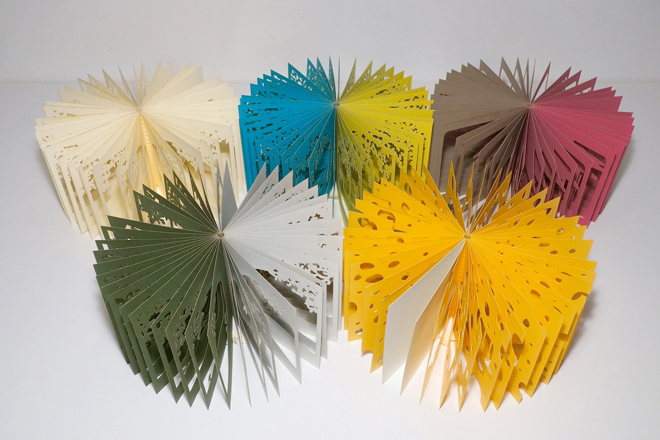 The artist states, ‘There are two concepts which lead me to this idea: