On Wednesday afternoon, I was invited to a private seminar by the Asia-Pacific Research Centre at Tate to hear the curator-critic-artist-research duo Carol Yinghua Lu and Liu Ding present their current research. There were a lot of familiar faces there, both research students and professional colleagues from the curatorial, research and academic realm – a powerhouse of East Asian cultural knowledge. It was a great feeling to see all these people in one place as it doesn’t happen very often. Here are notes and thoughts from the day…a little disjointed in part as there was so much being said my fingers couldn’t keep up. 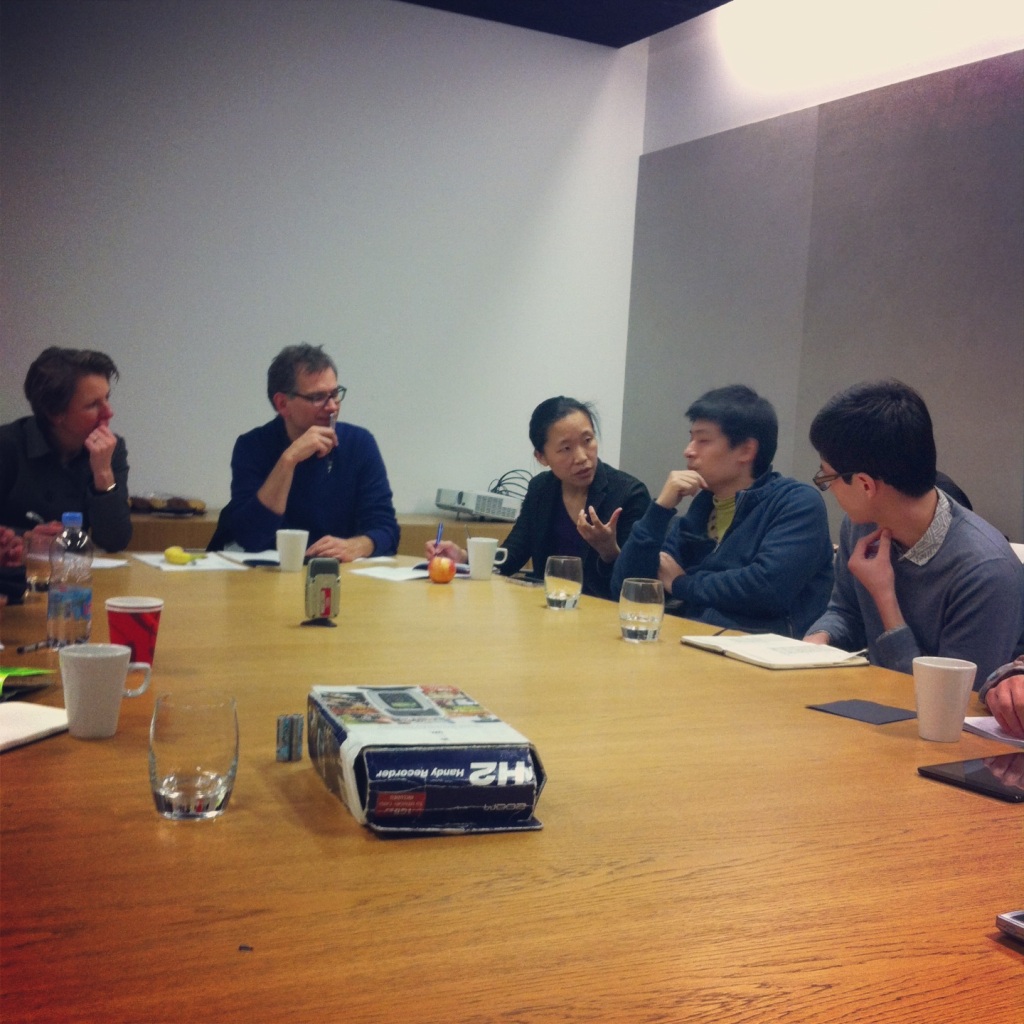 Carol began the session by broadly introducing their research – the period of socialist realism in the past 50 years in China that departed from a personal frustration and inability to come to terms with certain current ways of thinking and rhetorics around this subject. She stated six problematic areas of focus:

There is a lack of curiosity for the past and recent histories…a great deal of confusion around the lack of a national identity and Chinese discourse that would give a better identity…what exists is an unspoken and entrenched gap that is perceived as avant-garde/official/contemporary art circle and system…an artificial gap…only exists in expression. Need to examine the development of a modernity for China…the politics, matrices and interactions within art in the last 50 years. How did it come to be? How was it internalized How is it mirrored in artists and art today? How do we perceive ourselves within this today…what are our propositions?

Liu Ding then followed talking about the importance of realism in Chinese art since 1949…Language inherited what happened in the 20s the language of rhetoric…Realism captures the feeling/emotion of revolutionary figures…the first realism after 1949, turns into a romanticized version of social realism which no longer represents the real, it becomes spiritually signified realism…the second realism occurs after the end of the cultural revolution, this time it appears in a more antagonized appearance…it’s more of a reflection, came out of a frustration from what happened before the Cultural Revolution…amplifying these real moments within the socialism, the essence of the real…from a surface level there’s this element of resistance…the third happened after 1987/1989 this realism is different is to the previous one that was resisting what happened before the Cultural Revolution, it wasn’t about amplifying the reality, but about the reality itself, it expressed the negative and non signified realities – examples by Liu Xiaodong. How the art since 1949 has been purified. From Tibet – object for contemplation and decoration?…”spiritual cleansing” of the work in 1987/1989 ideology of the Chinese government is coherent with what the artists were thinking at the time…returns to an imagination and dependence on Western philosophical ideas as a solution

In the question time at after the presentations there were a wealth of perspectives and comment, only some of which are noted here…Carol Yinghua Lu  and Liu Ding – We see research as a form of creative practice, this kind of practice has a certain foundation, it came from a frustration from within what we were working, the lack of imagination in the field…it inherited a lot of political and social legacy and context. We felt a strong urge to create a perspective and language and believe that this has to be placed in a global, international context. This is how we approached little movements…arranged a series of round table discussions. We do not go as interviewers, we have formed a perspective, we share our perception to have an exchange. Not a one-dimensional interview format. Deeply entangled in the artistic practices and political practices. Presented the research as a series of statements with propositions. Research presentation/curation – present the five periods. Paul Gladston – Chinese modernity and its relationship to modernity. Theres a problematic tension that they wish to embrace…fear of cultural uprooting, translation of those notions of modernity, realism is a dominant notion and set of practice in Chinese modernity. A longer genealogy of discourse of realism…a need for a meta discussion into what we perceive as realism? Key to this is realism, what do we mean by that? Usually investigated in terms of the International and contemporaneity paradigms not Chinese. 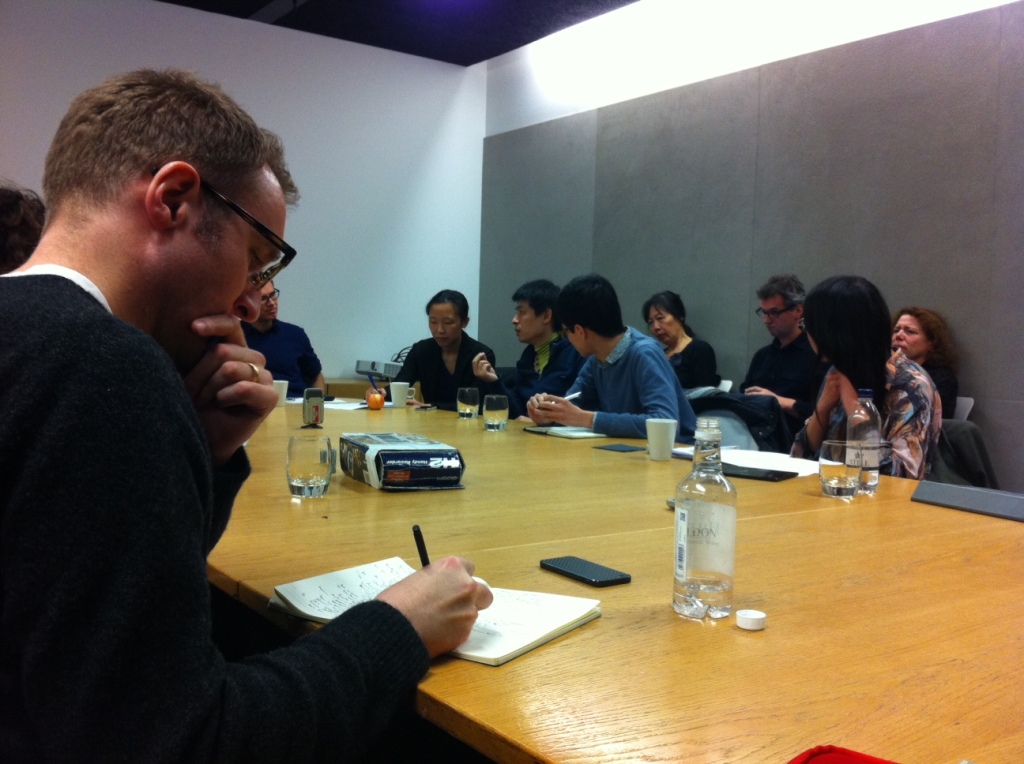 One focus was the idea of “purification” – spiritual cleansing – is this a 20th century thing or is it prevalent in the 20th century and links further back as a characteristic, or is it a loaded phrase? Liu Ding – the spiritual cleanses borrowed from political propaganda, still used today purifying is also political language. The biggest enemy of the Chinese government is liberalism rather than the natural reason…can all be considered as symbols of liberalism. Late 1970s star group and no name group their works were largely landscape impressionist paintings all named as oppositional. Anything named as different was seen as liberalism by the Chinese government. Communist and nationalist government in the 20s and 30s one of the starting points of our work. Modernity and post modernity as terms also seen as liberalism.

Voon from the Tate said that she struggles with two cultures and education largely from the West, haven’t been through the recent past of the cultural revolution, strong sense of ownership and solidarity, which they can only have themselves. In research exhibitions, how do present a question not a conclusion? Question of methodology – revolutionary flavour, a decision has already been reached, is there another kind of mainstream/institution. Carol Yinghua Lu – we offer different perspectives, actually different ways to look at the history. Research discussion to become part of the discussion, phenomenon in china to be “the other”, very easy to create a position or attitude to get attention, but to become a part of the world is very difficult to do…being involved, implicated, can be seen as an extreme form of nationalism…precarious position. 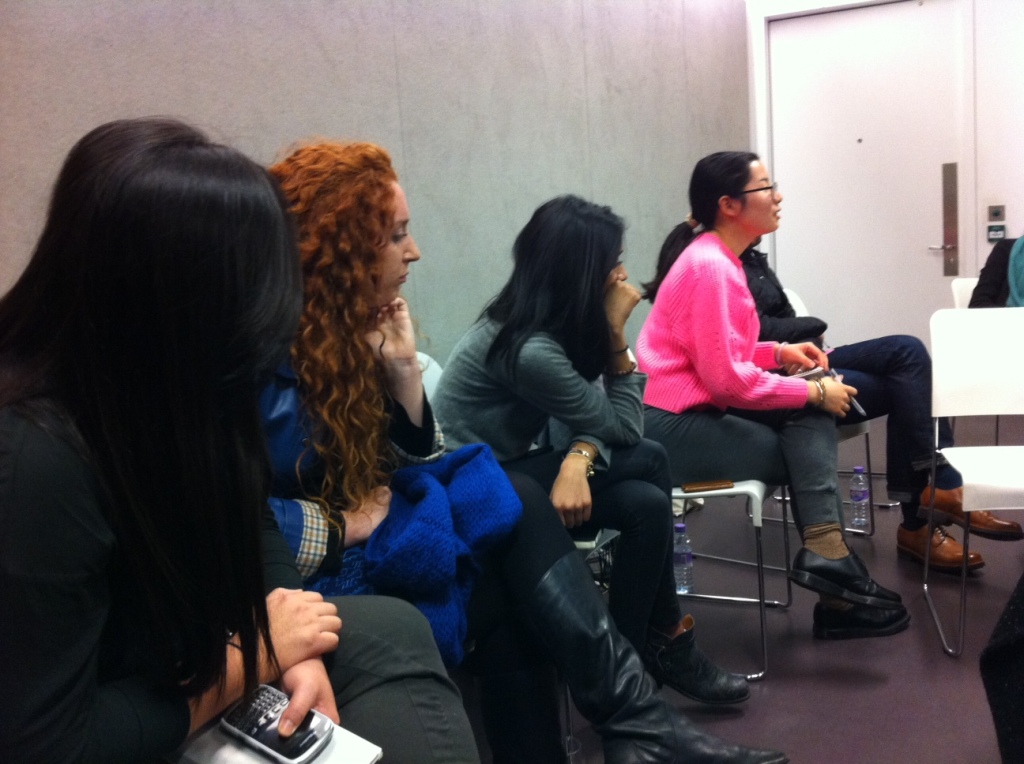 Marko Daniel from the Tate – The question of art making from art history and curating. Paul Glaston – critically analysing through repeating – memetic. Ros Holmes – “revolutionary”, “romanticism” – how useful are these terms now? Carol Yinghua Lu – not to shy away from them but to confront them – the realisms, plural. Paul Gladston – Possibilities of deconstruction. Sook – Chinese realism influenced by North Korea or Soviet realisms? Liu Ding – Socialist realism in Soviet terms can be said to be very different to that of China. Influence of capitalism on social structure, extreme form of authoritarian government, all mixed together, very difficult to understand now…now single developmental pattern? Comparable to western modernity. Paul Gladston – realism and figuration? Sook – Realism, it is about attitude and style…think china as a case as part of the wider discussion about it. Carol Yinghua Lu – When we work in this field we feel there is a lot of blindness about the past, in order to proceed…there are more perspectives rather than the one just recorded paradigm. Liu Ding – In the contemporary art field, they have been closing the past, not trying to open it up for discussion, this closing of the post is driven by a desire of naming and define ones position and identity. In the field of China there has not been any space about the 20s and 30s, the cultural revolution and after, its important to open up the boxes.

Tate research: How do you feel your work is perceived in China? How do you feel this new project will be perceived? What kind of “space” do you have to discuss this historiography of the history of China. Carol Yinghua Lu – Curiosity and a lot of debates, doubts about it. Feel that I will have to negotiate with every sentence that we say. Not a lot of transparency…not many in the space. Could you take your propositions and test them in the history of the academy, then against the history of the market…are they divergent? Or combined? Same resonances…different if done with european art. The interconnectedness of official and non-official practices, and the existence of other critical spheres. The tension – the critical attention given to artistic practices not aligned with market value. Focus on the artists, the psychology of the artists. Liu Ding – The intervention and social engaged practice in  contemporary Chinese art….it does not have the same impact, only do it for a reaction.

“Currently it is all seen in one room, when it needs to be seen in many.” – Liu Ding