During my Shanghai days, I met two brothers from the UK, twins Phillip and Anthony Reed. I first met Phillip in November 2011 at a Royal Asiatic Society talk given by my academic colleague and friend Paul Gladston…and through Phillip, I met his twin brother Anthony but many, many months later due to Anthony’s somewhat nomadic work life that took him across China, from city to city, on a daily basis. They are two key cornerstones in and from my Shanghai life, people who I’d talk to on a near daily basis, now less due to our differing locations…Anthony still living in Shanghai and Phillip now back in London. They are both creatives, philosophers, big thinkers and urban negotiators (with a hint of psychogeography) who use photography as a means of understanding their mutual locale, experiences, place and space…their solitary moments within the masses and dynamics of different, fast-paced, changing, globalised cities – Shanghai/China and London. They have always made attempts to collaborate through their photographic practice, in a transcultural sense, where the forthcoming exhibitions ‘In Between’ and ‘Signs of Life’ are a visual signpost, a marker in a point in time, of their relationship to each other, to their surroundings and to the world.

The exhibitions open at ONE, Shanghai, tomorrow, 18 September 2013 at 7pm, and I’m wishing I could be there to share in the event. Where ‘In Between’ is an ongoing photographic dialogue between Phillip and Anthony, ‘Signs of Life’ is a more intimate and critical look at the relationship between architecture and power focusing on the east coast cities of China, shot back in 2012. Essential to their investigations is “an interest in the city and the individual and the continuous process of interaction between the two”.

For ‘In Between’, there is a fluidity in the pairing of imagery and compositions in which the viewer is able to construct personal dialogues and understandings. The photographs are often literal in terms of location being identifiable, yet in others completely anonymous and could have been taken anywhere in the world – some can be seen as Chinese, others as British. I’ve always had a soft spot for brutalism, harsh concrete structures in the landscape that cut into the skyline very much prevalent in some of these works. Even though Shanghai and London are over 5,700 miles apart, they share recognisable urbanised, architectural commonalities – “signifiers” – reaffirming a sense of intimacy no matter the distance. This rationale to the works allows the viewer the freedom to reference their current location against that of the photographs, ultimately questioning what is my place in the world? How do others view and feel in this moment in time? Furthermore, the photographs become a record, an archive of architectural and social fragments that in a few days or weeks time, may longer exist to the rapid rate at which our urban surrounds are changed.

Take a look at more of the works here on Phillip Reed’s website and, if you are in Shanghai, go and see the show. I’m hoping to find an opportunity to bring the show to the UK, and even invite them both to create a new series in relation to a different city and cultural context…Manchester or Birmingham perhaps? Extending these conversations in the “in between”, in my opinion, becomes the transcultural today, understood differently tomorrow. 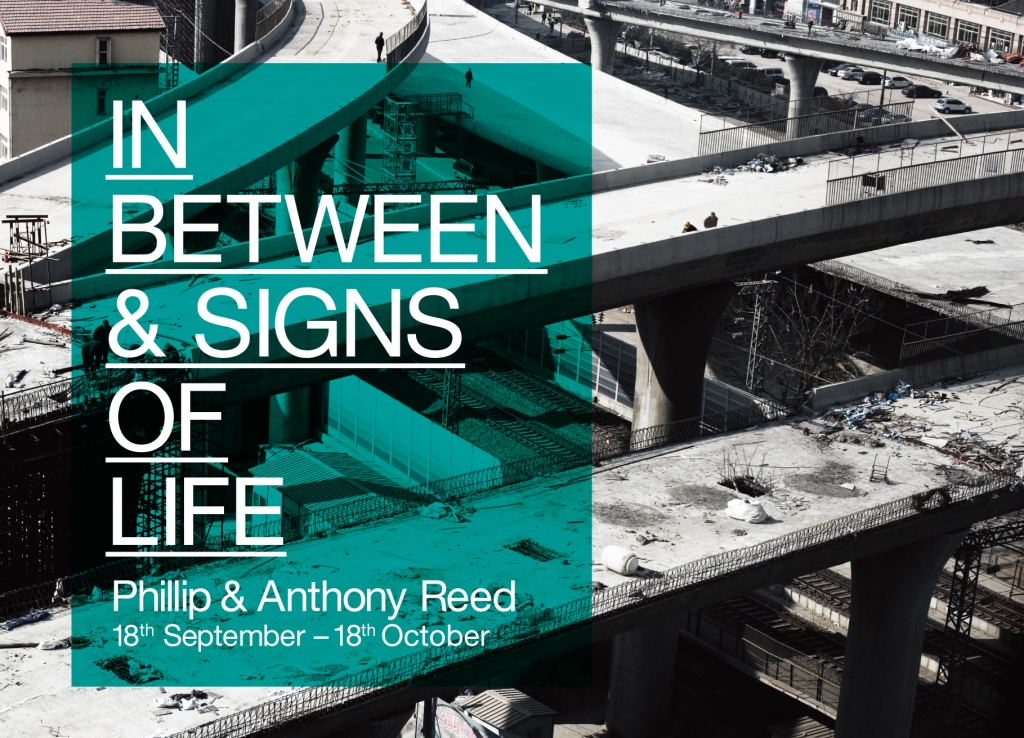