At the end of last month, Sarah Fisher, the acting Director of Chinese Arts Centre, and I went to London for the day for a meeting bonanza, including with the Lisson Gallery in relation to their forthcoming solo exhibition of Chinese artist Liu Xiaodong…opening 27 September 2013. By chance, Xiaodong was there that day with his artist wife Yu Hong, it was his last day in the UK too…I love the way the world works sometimes.

Xiaodong is one of China’s most well-known artists and painters, somewhat integral in the transformation of contemporary Chinese art during the 1990s, radically diverging from the Socialist Realism that dominated artistic production during the Mao era. For Lisson Gallery, Xiaodong has produced a new body of work in line with his usual explorations of the human experience…a response to embedding himself in the nearby community surrounding the Bell Street gallery, documenting his encounters with others in local pubs and an Egyptian restaurant, much as he has done on previous projects whilst living and painting among residents of Tibet, Japan, Italy, Cuba and Israel. He brings together various different people and characters that were viewed and documented on different occasions and days…from the pub landlord to chef, to a visiting dog and a toddler.. oh and the man in a cowboy outfit on a horse too. I liked this absurd interlude in the painting. It was interesting to hear how the people as part of the Egyptian restaurant portrait originally wanted to be included, but then withdrew, leaving the canvas bare of human identity, left as a quizzical interior landscape.

As part of this direct and conceptual approach, Liu writes and draws in a journal and takes photographs before creating works within a temporary studio “on location” as such, in order to paint en plein air or ‘xiesheng’ as it is known in Chinese. In this case, he has been based on-site at Lisson Gallery in their in-house residency space. His approach to individual and collective portraiture is unique, made very honestly and on a filmic scale…where I call them performative paintings or painting interventions as he paints “live” with a compulsory real-time participatory engagement with the subject. They are almost like a diary of a series of moments in time…a collective snapshot of society.

‘My only goal is to confront people and see them as they really are.’ – Liu Xiaodong

Next year, I will be working with Xiaodong as he is to be included within a large-scale group exhibition of Chinese art in the UK…that I can’t yet talk about. It could possible be the largest show there’s ever been in the UK. Watch this space…as always… 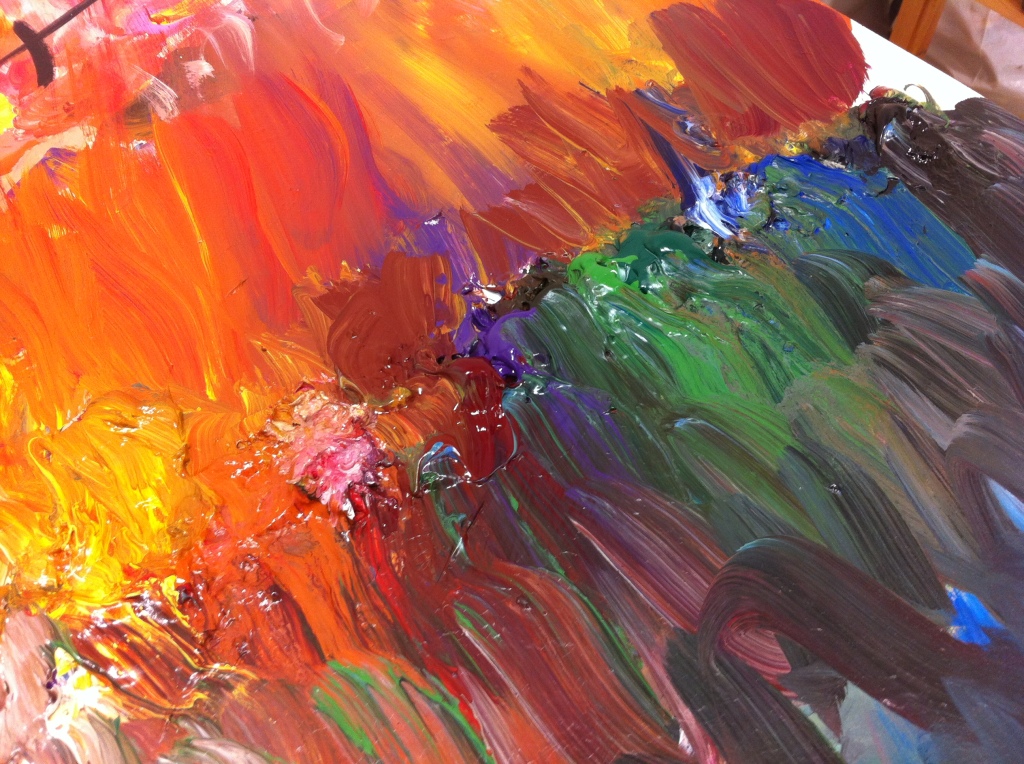 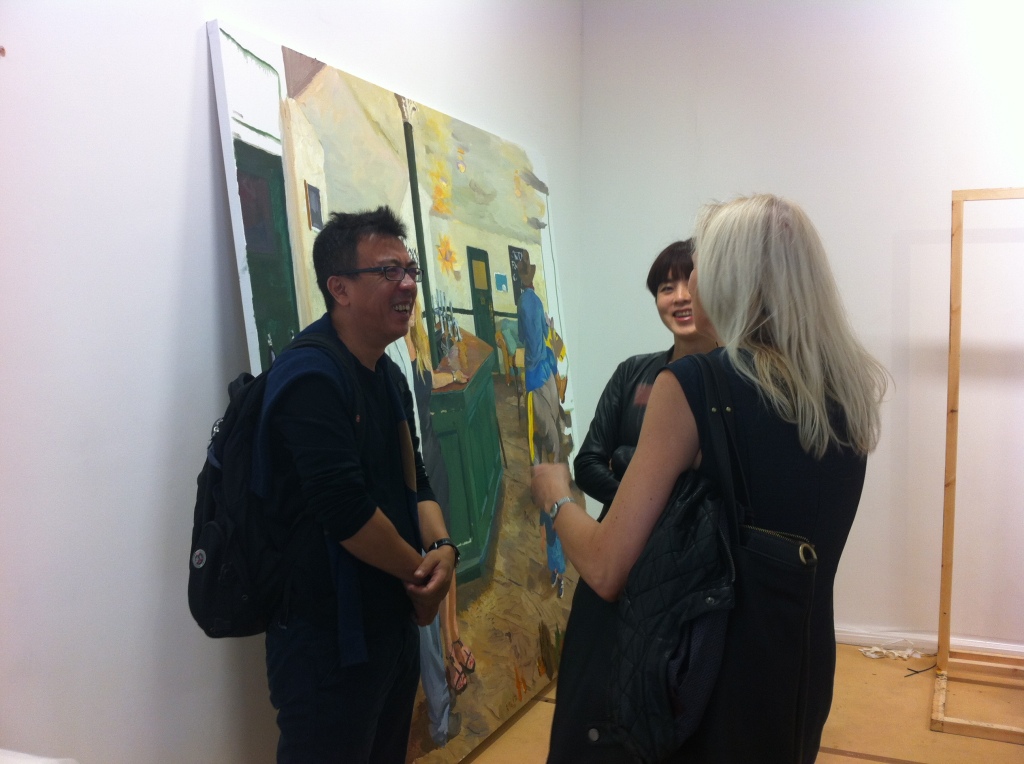 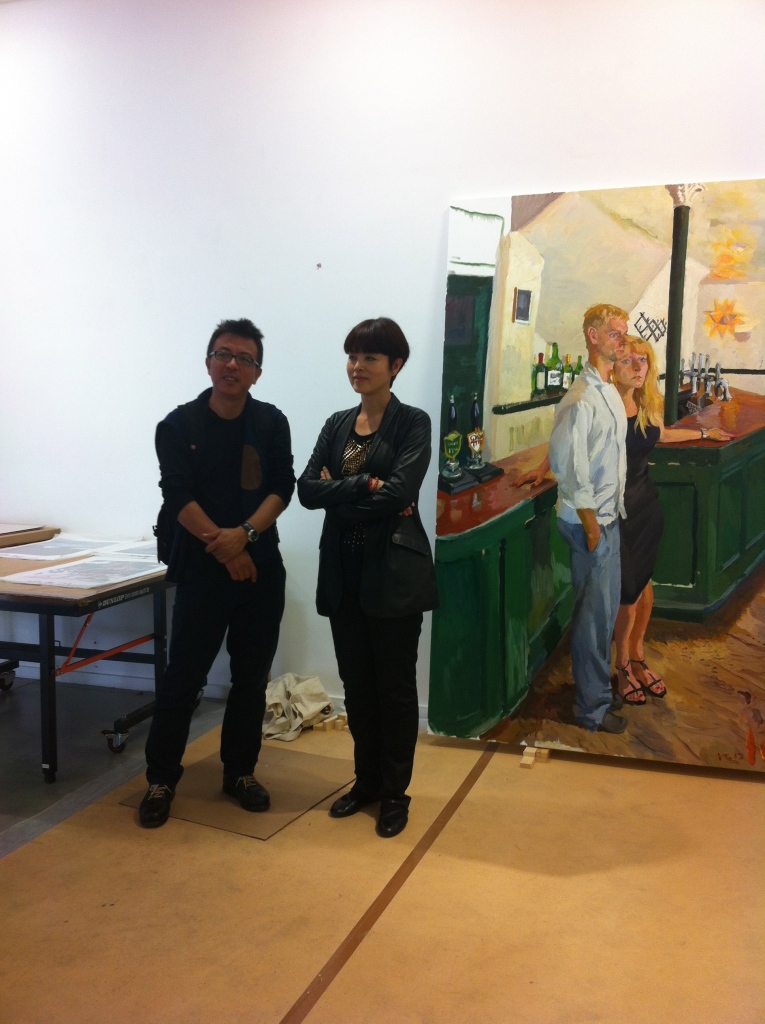