This week, I came across the work of visual artist Charles Lim Yi Yong. The interesting thing about him is the fact that he was a former professional sailor who competed in the 1996 Olympics representing Singapore and in the 2007 America’s Cup representing Team China. In between all this literal exercise for life, Charles graduated from Central Saint Martins School of Art and Design in London with a BA in Fine Art (Class of 2001). Charles went on to found a net collective art group called TSUNAMII.NET which exhibited in Documenta11. Combing his knowledge of the sea and love for making (moving) images, he embarked on the SEA STATE series body of artwork, which went on to exhibit round the world at Manifesta7, the Shanghai Biennale and most recently the 2011 Singapore Biennale. See below his showreel…a mix of theatrical, the performative, the documentary, the experiential…more things can be seen through his film website here – http://www.bobbingbuoyfilms.com/

The work I specifically came across is Charles’s 2010 short film ‘ONE DAY I FORGOT AND USED MY HANDS’ (2010) screened at the Rotterdam international Film Festival, Tribeca Film Festival and the Edinburgh Film Festival. “Children use their hands to make a telescope, so why can’t a filmmaker use his hands to make a lens?” Here Charles attempts to reinvent filmmaking by using a camera without a lens, shooting with his hands blocking everything but a small gap like a pinhole camera – Camera obscura – Where photography started. The film below is his second attempt at making visuals for it. Poetic, simple, immersive, dream-like visionary…a perspective of the here and now, of the urban environment, abstracted through the personal interaction of the body. 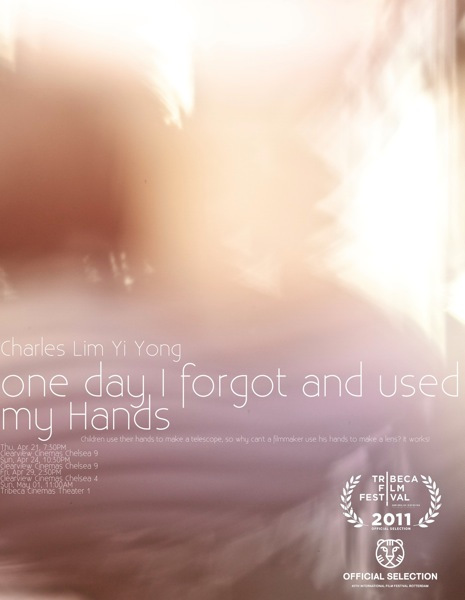 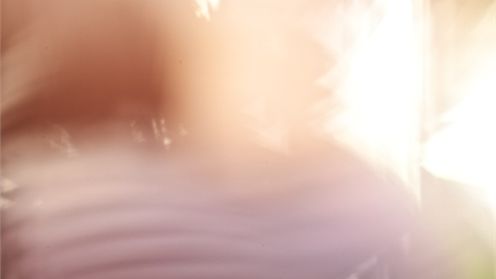 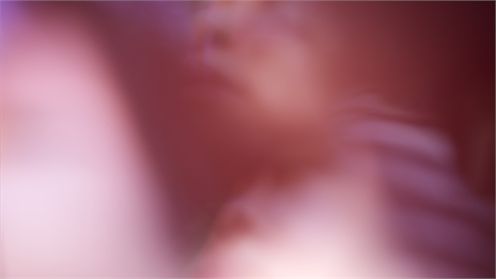 His short film, ‘ALL THE LINES FLOW OUT’ (2011) premiered at the 68th Venice Film Festival and won a special mention award, making him the first Singaporean to ever win an award at the world renowned festival. It explores man’s power struggle with nature. The work begins in the storm drains of Singapore, whose scale shows man’s attempts at containment and control, but the decay caused by the tropical climate hints at the essential impossibility of controlling nature. Ultimately, the viewer is swept out into the ocean and confronts water as pure force, without thought or conscience.