Today, I came across the Slovenian photographer Matjaž Tančič, apparently one of the most renowned 3-D fashion photographers in the trade out there in the world at the moment. He is one year older than me…not sure why I needed to note that….and has very recently done a lot of work out in China, but who hasn’t? China’s the place to be right now, and I’m not just saying that because I used to live and work out there (and I miss it greatly) but because culture and cultural investment (of sorts) is truly booming out there.

A couple of weeks ago Matjaž got to go and spend time with Ai Weiwei…to photograph him for the Croatian magazine Globus. I don’t think I need to explain who Ai Weiwei is anymore. He’s become somewhat of a global (disney-fied) celebrity in the art and culture world…apparently about to make a heavy metal album(???) Seriously, what is he going to do next? Actually, I’m going with a group of friends to see Howard Brenton’s play ‘The Arrest of Ai Weiwei’ at Hampstead Theatre in London at the end of the month. It has had guidance from Ai Weiwei and according to a recent article in The Telegraph it is “dangerous” for him…hmmmm, we will see what this stage treat has to offer. Anyway, Matjaž took this beautiful series of photographs below with cinematographic help from Benjamin Rančić.

So can you work out which are my favourite shots? (Obviously) they are the one of Ai Weiwei in 3-D as he is seated on a bike…and the moving, animated gif of Ai Weiwei at the bottom of this blog post where he is holding onto a bike with a moving wheel. Simple, clever, with a pinch of wit and hard personal insight. To me, they speak a lot about what China stands for, and is viewed as, right now, from the inside, local, and outside, global. China is serious, contemplative, personal, playful, experimental, simply constructed, always making a statement and deeply rooted in its traditions. Would we see China, and Ai Weiwei, differently in 3-D? What do you see?

(All images are © Matjaž Tančič) 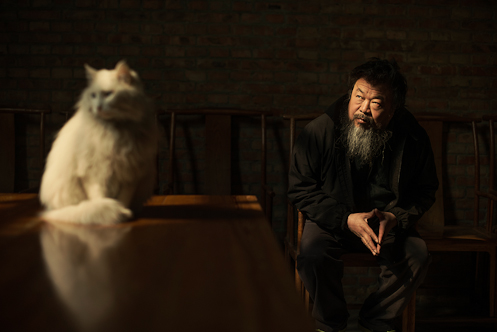 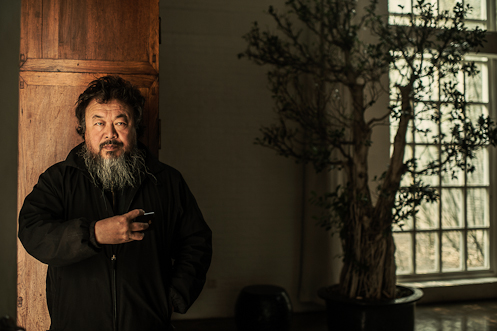 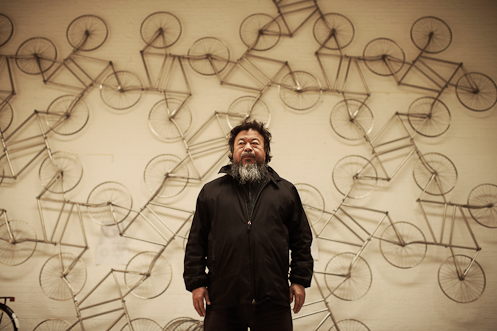