Time to get back into blogging, time to play catch up, time to get you guys reading out there, and boy do I have a lot to share with you. I have many reasons for my rather laissez-faire attitude towards this right now, largely just prioritising certain things, but I won’t bore you with the ins and outs, instead I’ll just write.

I thought I’d start with a short post today about a photographic series called ‘Emperor’s River: Along the Grand Canal in China’ (2009-10) by San Diego-based photographer, Philipp Scholz Rittermann. This photographic documentary series examines China’s economic boom and its victims along the its Grand Canal that stretching thousands of miles from Beijing to near Shanghai.

In 2009, Rittermann set out to capture China’s rapidly evolving economy, China’s economic boom, with a study of life along its historic Grand Canal. The ancient waterway has been a major force in China’s cultural and economic development for more than two millennia. It extends more than 1,000 miles across the eastern portion of country’s alluvial plain, from Beijing in the north to Hangzhou (near Shanghai) in the south. Rittermann’s panoramic images portray the often jarring contrasts of history and modernity, rural terrain and burgeoning metropolises of this rapidly developing country. From the active fish market to the city’s scaffolded skyscrapers under construction, to the unpopulated rural locations, to the overpopulated inner city streets, from the shoreline barges littered with signs of individual activity to the architectural mistakes of towers as tall as trees that pierce the skyline. These large-scale photographs describe the geographic stretch of the canal, the human mark upon it and the victims it has taken along the way.

There is something about this fragmentation of intervention in the urban and rural spaces…the closeness in terms of engagement that the photographer can achieve as there are no strict health and safety limitations…about the rawness to local and inner city cultures that to me are like an addiction. You feel his energy, the energy of the location he and the people, the dominating structures, stand in…the frenetic pace of change that is happening, that we are bearing witness to whether from close proximity or from a distance, questioning what lies ahead and the uncertainty that goes hand-in-hand with all of these experiences. I go through phases of missing China, of missing Shanghai, and the past few weeks have been pretty testing for me. I’d go back in the flick of a switch, or would I? It always plays on my mind and it seems like today is going to be one of those days.

Philipp Scholz Rittermann will be giving a talk alongside his exhibition on 7th April 2013 (find out more about it here) as part of Month of Photography Los Angeles (MOPLA) that I wish I could attend as there programme looks pretty stunning this year. I have many more photographic finds to share with you over the coming days…trending perhaps? Or just what my eye seems to catch lately?

“His images reveal the layers of contemporary China’s socioeconomic strata and the collision of antiquity with modernity in urban, industrial, and rural areas.” 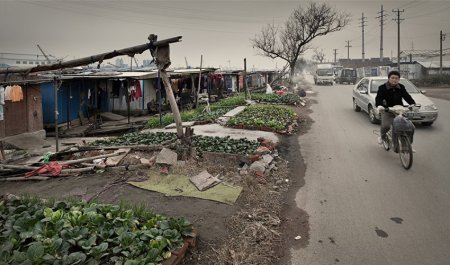