Last Friday evening was the opening of Vivid Projects in Minerva Works on Fazeley Street in Birmingham, where many of the city’s galleries, artists’ studios and artist-run spaces are found. I’m finally getting back into the circles and networks here, and only just getting to grips with how much has changed and is developing since I was last engaged with it all back in 2009-10. There had been a lot of hype surrounding this opening…in part a re-opening, a living legacy of what was once VIVID (Birmingham Centre for Media Arts).

Vivid Projects opened with REVOLUTION 01: ‘Ladies and Gentlemen, How Long Will They Last?’ a new commission by artist Justin Wiggan in collaboration with dancers and choreographers Rosie Kay and Guilherme Miotto, musician Louis Robinson, and his horn group and choir led by Clare Edwards, music director for Birmingham choir Notorious.

The performance is influenced by Justin’s fascination with the 1969 film ‘They Shoot Horses, Don’t They’, specifically the endurance and mutual dependency depicted. The film captures the stamina of dancers, from their fatigue to endurance, strength to weakness, resonating with Justin personal family struggles when his family was faced with the news of his wife’s cancer. ‘Ladies and Gentlemen, How Long Will They Last?’ becomes a metaphor for the journey between husband and wife through the most trying period of their lives…a metaphor for the strain of cancer and its treatment, through a day long performance with sound and spectacle, that sees a couple dancing together over a ten-hour period, from 10am to 8pm, with public access from 7pm, so the last part could be experienced in all its exhausted and enduring beauty. They are seen to be physically and emotionally supporting each other, holding each other, stopping each other from collapsing, from falling, falling apart, where they show raw strength and emotion, a resilience to the periphery of the audience that gave an external pressure, the pressure of the cancer, of the fear, the fear of the future. It is a bittersweet exchange…an observation of the struggle versus the fight…of fear versus success…of the known “then and now” versus the unknown future.

This contextual information I didn’t actually know until after I’d watched it…I’d gone in blind to watch it as such. I like to do this so as not to get swayed by context sometimes. When I knew its depths, it suddenly brought on this whole world of emotion inside me that made me breathless, as I’m facing my own major medical and health demons this year (not quite at the big C status but it’s pretty major) and immediately knew what that struggle, the fight, fear, pain, exhaustion, strength, pressure, and hope, felt like, and on a daily basis. I feel it now. One thing that was difficult to comprehend on reflection was that instead of having the support from each other, like between Justin and his wife, I’m often dancing on my own, or fleeting with others, which makes me incredibly anxious sometimes. However, I am actually a dancer, a ballet dancer, so I’m used to “dancing” in a singular way. Anyway…I’m getting off point.

I arrived with friends just before the performance started at 7pm. The audience was building as Rosie and Guilherme continued scarring and marking a performative path in the white flour that had been scattered on the floor. A mirror ball scattered mirrored light across the space, making an ironic statement against the fact there was no music, only an audio soundtrack that was playing loud…a recorded male vocal repeating the phrase “ladies and gentlemen, how long will they last?”, said over and over and over again. It was a little like water torture, or it could be seen as, but to me, ended up fading into the background as I became fixated by the audience’s reactions to the performance…I wanted to know how other people felt as the situation replayed, as anxiety and tension started to build, as the performance came to its 8pm crescendo. Closer to its finish, four musicians that had been standing on the sidelines all evening suddenly joined in, adding further aural atmosphere…further chaos to the dancing. Members of the audience then stood up revealing themselves as hidden members of a choir that then began to sing in sync “ladies and gentlemen, how long will they last?”. As the performance finished, bang on 8pm, you felt relief for Rosie and Guilherme…and a little for the audience. The pain was over. Or was it? This piece was incredibly articulate and considered, making a huge impact on, I felt, so many that night, raising questions as to how much effort we put into our daily lives and the pressures we put on ourselves and that surround us…can we fight and push ourselves just a little bit harder? And can we support each other more through the battles we individually endure?

Yasmeen Baig-Clifford, co-founder, saw it as a very serious commission “but the title is slightly tongue-in-cheek as well. It’s a question to ourselves to a certain extent.” That Friday night was the first in a series of ’33 REVOLUTIONS’, an eight-month programme that asks the question – can art and culture be a catalyst for social change? The funny thing is since the event, I have heard so many creatives in Birmingham talk about the other REVOLUTIONS…#4…#23…#2…saying shhhhh at the same time. And so it continues…to the next 32… 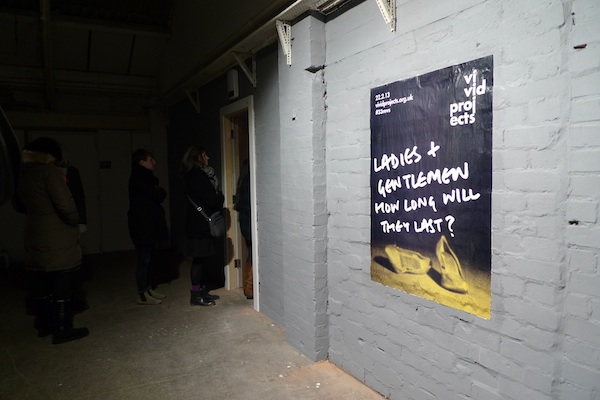 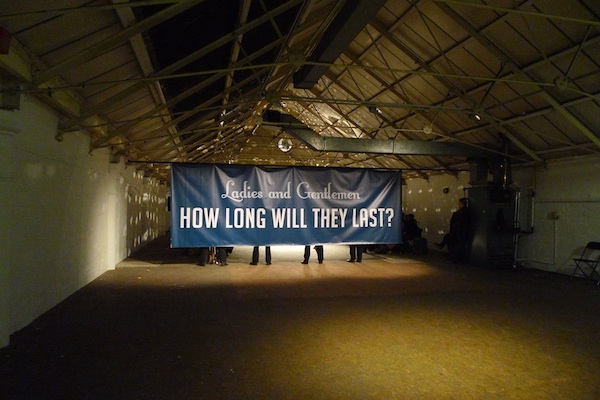 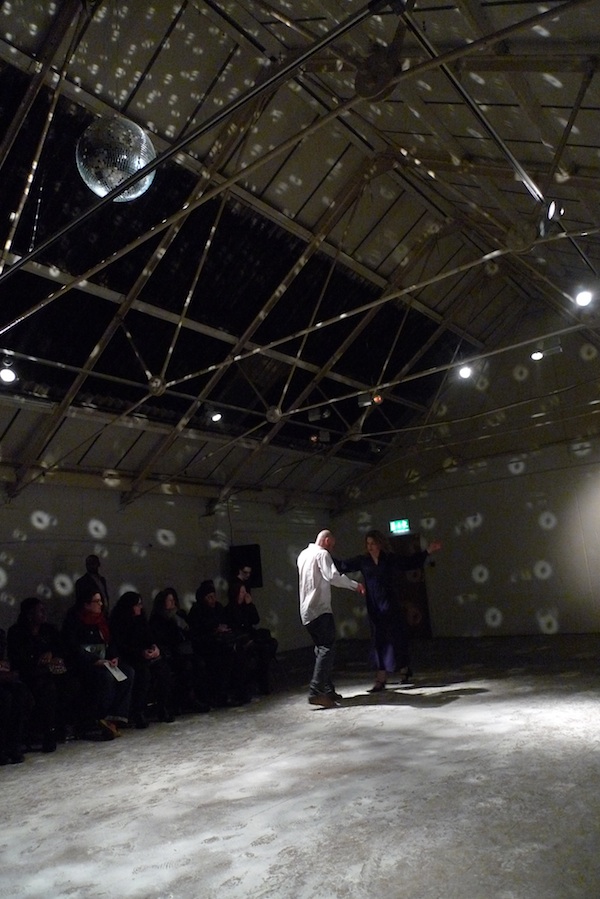 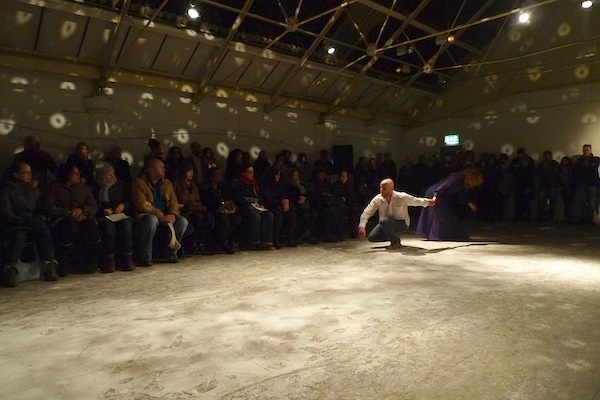 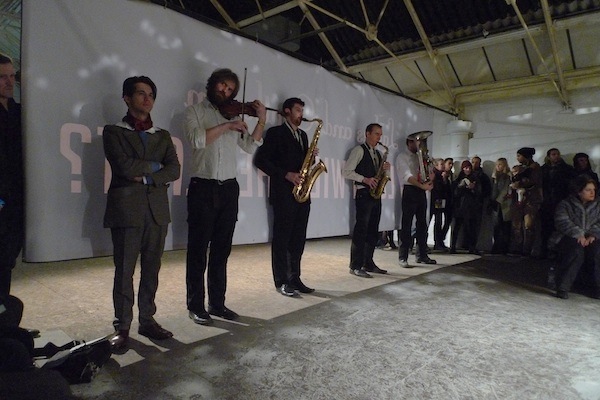 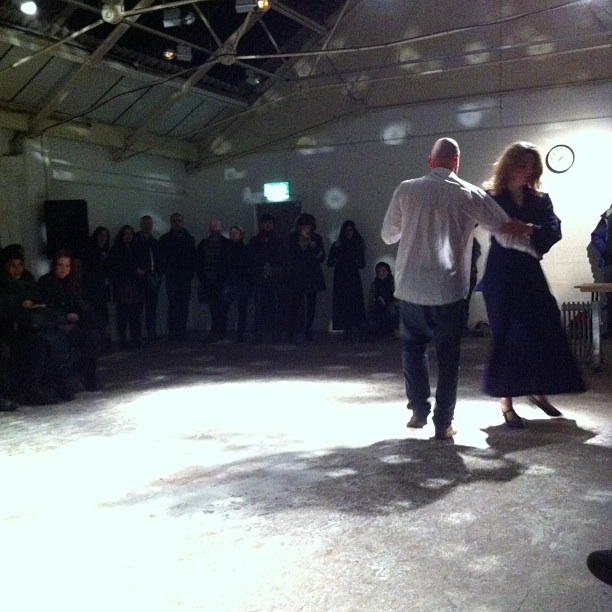