Last week, I went to see a performance by artist Hetain Patel…an artist who was part of the group exhibition \”home\” I curated at the AirSpace Gallery in 2010. Since being back in the UK, I have been back in touch with four of the five artists that were part of that show and it’s been pretty amazing to hear about how they are all taking their practice forward and into the international realm, some with foreign gallery representation, such as Hetain who is now with Chatterjee and Lal in India, recently on display at the Frieze Art Fair 2012.

Hetain’s recent performance, ‘Be Like Water’ (2012), was in its final tour days when I saw it at Contact in Manchester with two good friends…and after one very rollercoaster week for me…in fact most weeks are a rollercoaster right now. Anyway, I’ve always followed the development of his practice through the wonders of social media whilst I’ve been away, so I was intrigued as to what this new piece of theatre, his second since ‘TEN’ (2010), had to offer from its interwoven narratives from China, South Asia and the West…a land that I seem to negotiate on a daily basis. The idea for this piece began with Hetain wanting to recreate a scene from a kung fu movie that he loves. He knew it would be performative but without knowing whether it would become a video or live piece…it became “live”.

Performances alongside Hetain included the humorous yet serious “translatory” dance and narratives of Yuyu Rau; the physical interjection, a reminder of how theatre is constructed and presented provided, alongside his technical assistance, by Barret Hodgson, and finally the non-verbal, musical interludes, where language was made to literally sing, by Ling Peng. Thus, the performers, in my mind, were split into two verbal and two non-verbal parts. It acted almost as a performative retrospective of his works, a ritual to accumulated knowledge and culture…a presentation of how languages are understood or misunderstood, translated and mistranslated, heard as music not words, understood as melodies not sentences…how home and origin will always influence your place in the world no matter how far away you are from it…an interplay of humour and reality as a tool of cultural translation…”how you look isn’t often how you think you look”. Videos were projected onto a split screen, handheld and CCTV cameras used as further viewing “ways of seeing” devices, simple objects used as physical points of reference. It wasn’t glossy, it was simplistically contained, basic, considered. Hetain used Kung Fu, Bruce Lee and Street Fighter to make literal and often humorous references to tensions and conflicts. The more serious, emotional interludes of self-reflection, as the performers referenced personal memories and relationships to their childhood, cut through me like a knife. When Yuyu Rau danced with such controlled drive, with a fight of a feeling insider, whilst Hetain tried to stop her, I cried whilst holding my breath…and again when Hetain was waving a stick in the line of the projector so words could be visualised to the audience…the words spoke of how his father worked so hard so that Hetain didn’t have to, but Hetain wants to work hard, we all want to work hard. This fight that I could see emerge between the more humorous narratives is the feeling that stayed with me afterwards. The fight of censorship, containment, CCTV…fight for and against parental guiding forces…fight against the institution and cultural stereotypes…and the power struggles that come from all this, in China, of being foreign, of negotiating East-West-UK-China-South Asia. A witty and articulate intimate layering of complex ideas showing how freedom from language and forced cultural identity is negotiated between friends and family, new audiences and contexts, on a local to global stage. This was theatre. This was performance. This was translation. 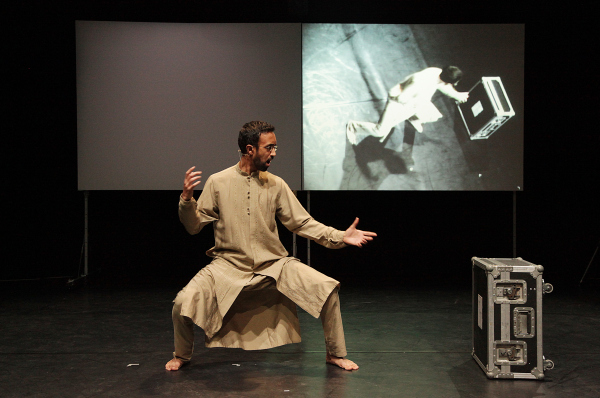 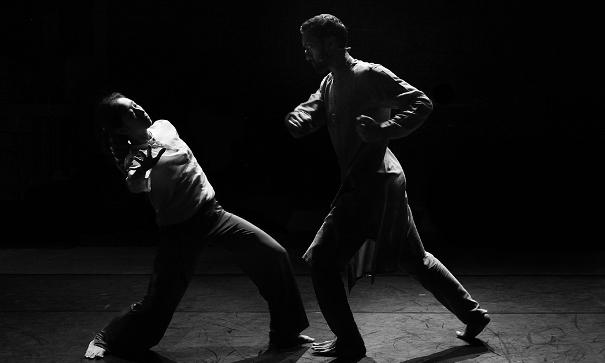