One great thing about working in a city that you’re not really that familiar with, in this case Manchester, is that you get to discover and stumble across new things every single day. Like a grown-up visual treasure hunt from ground level to the sky. From street art graffiti to architecture, to places to eat and drink…something new to my eyes at every turn. Before Christmas, I came across this architectural intervention that cut into the landscape like a sharp knife into butter. It is called ’42nd Street – The Space’ on Great Ancoats Street designed by Bradshaw Gass & Hope with Maurice Shapero and City Build, apparently driven by “change management” in the city to take the company and building’s legacy into the future. It is a youth intervention centre constructed from seven tonnes of steel that squeezes every ounce of space out of the T-shaped land it is built on. Filled with secret rooms and hidden stairwells, pathways leading nowhere and slanted walls, and cracks in the surfaces to let the light in, it is a full on Alice in Wonderland twinned with C.S. Lewis experiential affair. With its Frank Gehry-esque exterior mirror paneling, it stands clear from the beautiful industrialism of the city and the horrific apartment new builds that surround it. I wish I could write of a building like this as I’m sure it would fuel words. See more images on posimage’s Flickr feed here. I wonder what else I’m going to find in 2013? I swear my life is one big physical visual and aural adventure sometimes…and I love every second.

“The cubes symbolise the duality of needs for young people: stability and control in the world, contrasted with the ability to break out, to be different, original and a bit unpredictable.” 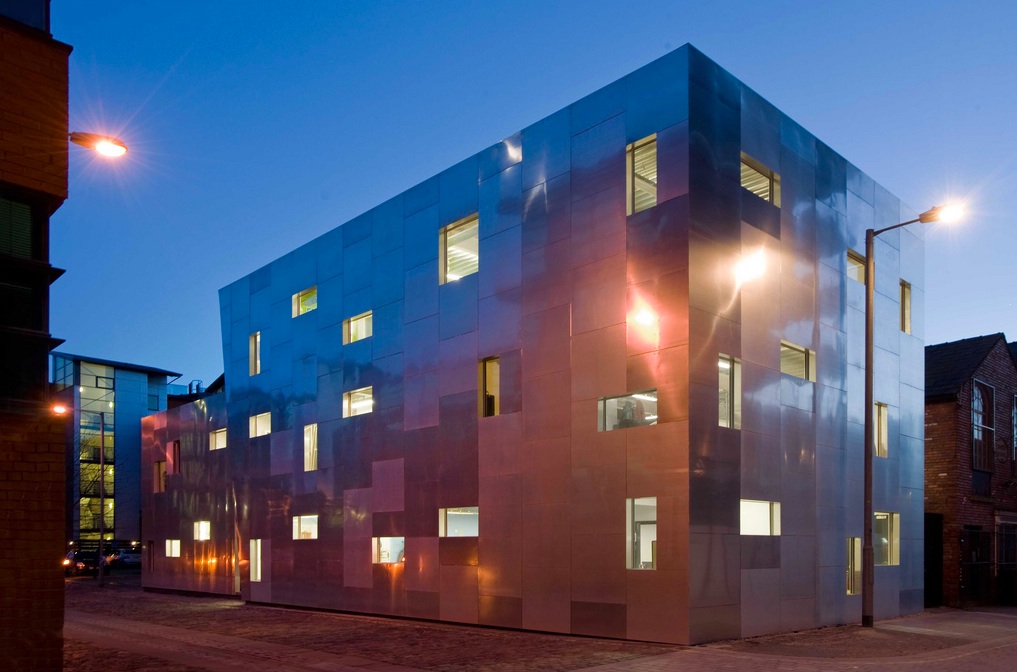 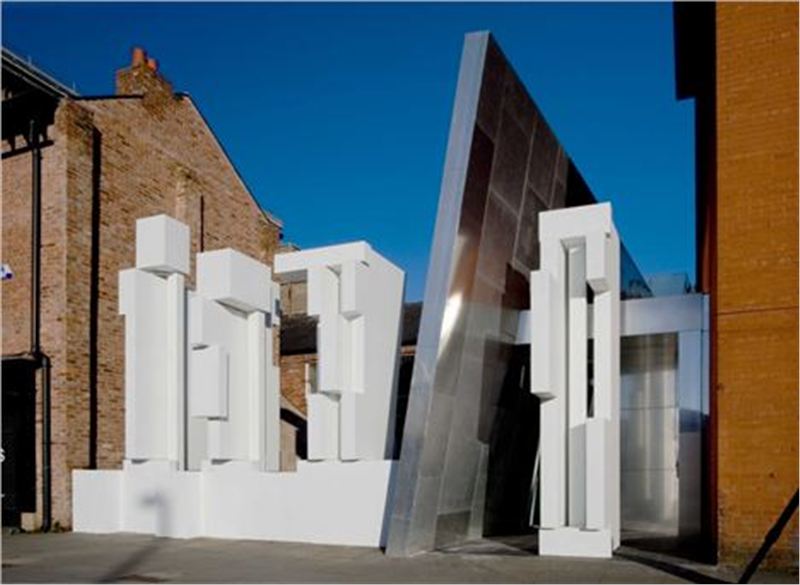