Summer is nearly over here in Shanghai, and with that brings a change in dynamism, air, weather, energy, sense of time, feeling and emotion, a world of emotion as a huge realisation sets in for me as in three weeks time I’ll be leaving the city…leaving for the UK. The question is for how long, and to be honest, who knows. I have a feeling it might not be that long for some reason…and I’ll definitely be back pretty soon for research in relation to my new job. Today, it felt like there could be a good possibility that when I’m standing at the airport, I freeze and I can’t get on the plane. I’ll let you know what happens.

A few things have come to mark the end of the sunshine smiles, the Chinese seasonal pollution embedded on my skin, the hard rays on my soul, the brutal humidity, the cycle times in hardly any clothes as it’s just so damn hot, sweating as soon as you step out the door, rooftop parties, skaters paradise, country escapes and daytime adventures. On Friday, it was Factory 5‘s ‘Pajama Beer Bash’… 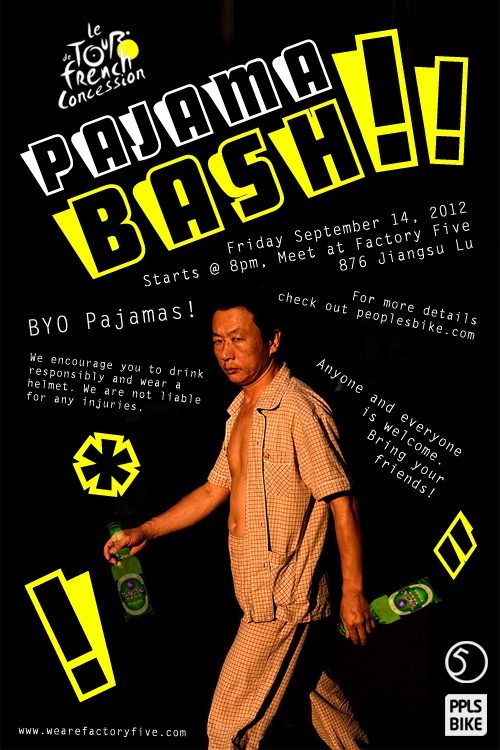 I’ve got to know the guys that run this place and a few of their friends during my time here, through cycling the streets and also as they made one of their grade-A bikes for me to give as a gift back in the UK. I still wonder about that bike for a number of reasons. Anyway, they really are like a family in Shanghai and have this amazing power to bring people together where Friday was another great example. The beer bash started at the Factory 5 shop on Jiangsu Lu then went to Family Mart’s throughout the French Concession and Huangpu district to People’s Square and The Bund, finishing with a kinda long haul ride to the post-beer bash drinks at C’s, a very random bar. In fact a lot of that night was incredibly random. I didn’t have a bike due to last Monday’s super crash, which I am still recovering from (tell me to stop picking the scabs please, it’s an addiction that hurts), and was totally late as I took a nap before hand. By the time I got there they were all just about to leave so I got a backy on someone else’s bike…this was the point of no return, causing, I swear, a ricochet effect in the group. It was inevitable that I fell off the back of the bike right? And I did after the third stop showing again, like on super crash Monday, the world my pants (what colour?). At this stage, I was then given a friends bike to ride as it was deemed “safer”. The irony right? So for the rest of the night I watched other people chop and change on their bikes, getting backies from people, also falling off and injuring themselves. A nightmare.

The whole thing was unforgettable, unpredictable, hysterical funtimes with Family Mart, pajamas, pyjamas, onesies, fixies, street food, falling off, “I knew you would”, taking risks, beer, Bacardi Breezers, a birthday, a horrific pink Mercedes-Benz, fall outs, taxi rocking, fights (the anger train showed up a few times), crashes, bruises, cigarettes, on film, on camera, getting lost, getting cold, costumes, buttons, “seriously”, Pokemon, Hello Kitty, making new friends, missing old friends, sweat, shouting, chases, races, tricks, “you’ve got 20 minutes”, so much laughter…and waking up the next day to the strangest air raid siren on repeat, Shanghai’s city emergency warning system, that got us all a little panicked for just a few hours. End of the world? No. End of Summer 2012…Part I? Yes. [Thanks to the Factory 5 peeps for some of the photos below too.] 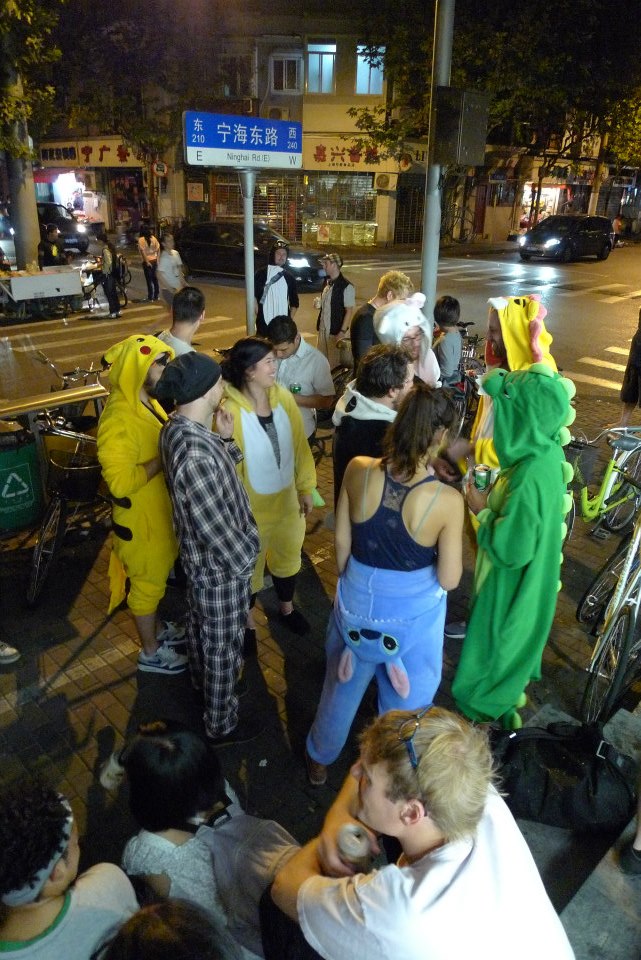 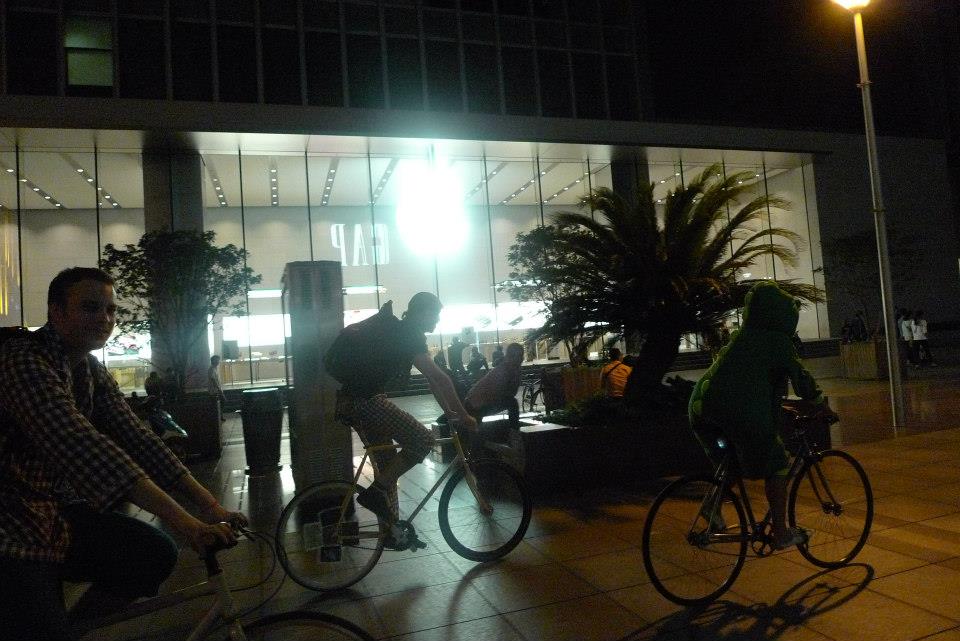 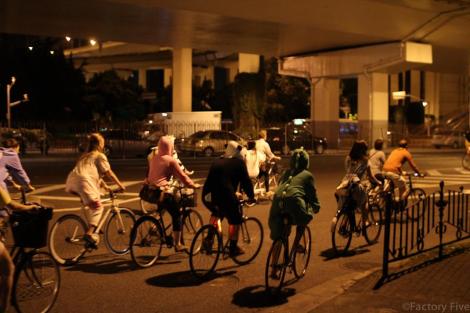 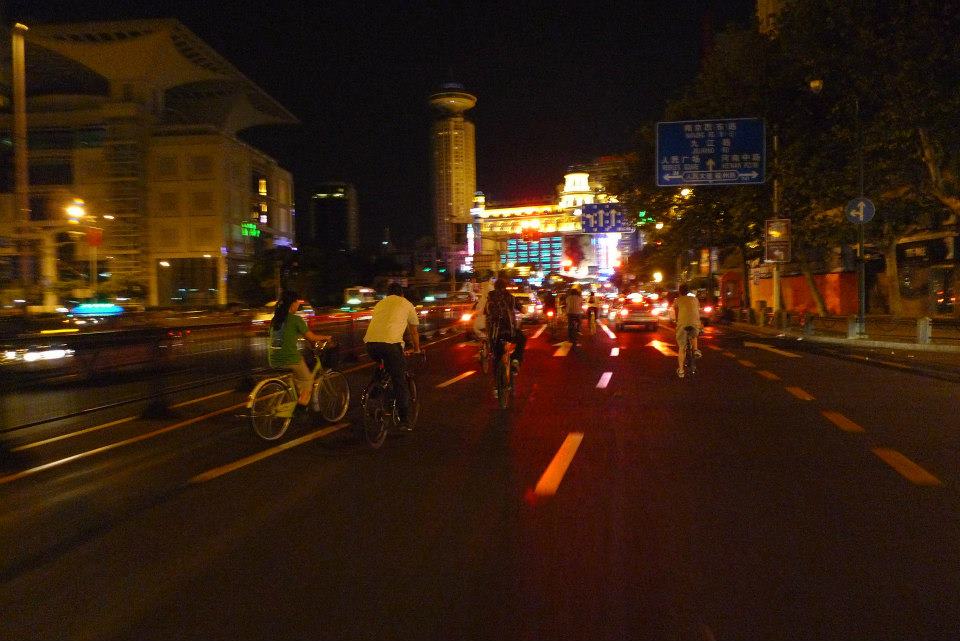