Hello blogging! I’d begun to wonder what you looked like…what you felt like as I type your letters, words and sentences from underneath my fingertips. How have you been? Sorry…I’ve been distracted lately with an immense pile of work, funding and curatorial proposals (all very exciting), and my body inappropriately, and as ever, being unpredictable…I hate it when my system strips and freezes. But it’s ok, I’m back again now…are you pleased to see me? It’s funny how your body tells you to slow down sometimes. After resting up for three full days, napping and sleeping at every opportunity as my body gave me no choice (actually pretty nice to be honest), I’m back to reality, back to writing, back to dreaming, thinking and making things happen. There’s a world of Rachel adventures in and around Shanghai to catch up on…so where to begin? It’s nearly 30 degrees every single day here now…appreciated most of the time, then you remember the pollution and how it gets literally under your skin. We all hope for just little rain (well not the skaters or cyclists out here as we want to be outside as much as possible…right people?) to clear the air for what seems like a second before the humidity creeps back in. It’s beautiful to get sunshine on your soul. Hello Saturday…

A few events and exhibitions recently in Shanghai have shown the power of international creative collaborations…how sharing inspiration can breed new artistic and curatorial production through exchange, dialogue and engagement across and between cultures and communities.  On the evening of the 1st June, it was the opening of ‘Solar Plexus’, a group exhibition and ‘MyPeople Project’ at V Art Center in Shanghai. This show was the collaborate practice of  ‘MyPeople Project’ and seemed to practically and theoretically visualise my PhD research. They are definite instigators of “transcultural” curatorial practice between China and the West. They bring together twelve critically acclaimed artists from London, Shanghai and Amsterdam, to explore a unique networking model with an open dialogue, and exchange of ideas, knowledge, skills and cultural experiences making it a collaboration between a group of self-selected artists, curators and event organisers with exhibitions in London, Amsterdam and Shanghai.

‘Solar Plexus’ is literally understood as a central network of nerves in the abdomen, where if enough force is applied, a hit to this area can even cause the heart to stop. In that vein, this is the first thematic of the first ‘MyPeople Project’. The exhibition highlights both new and existing works from the participating artists where for most it will be the first time works have been shown in Shanghai. While all the artists involved are well established in their home countries, and have exhibited internationally, for several this will be their first time exhibiting in China. An online and offline combined platform is also used for the interactions between artists and audience that is still in development. This show is exhibiting some of my favourite young contemporary Chinese artists right now…ones to watch and I hope to work with in the next twelve months…Lu Yang, s.h.a.w. (Xu Zhifeng), AAAJIAO (Xu Wenkai) and Wu Juehui. I also had the opportunity to speak to some of the ‘MyPeople Project’ people and two of the emerging European artists – Anika Schwarzlose, who’s sculptural-new media-interdisciplinary practice (difficult to pin down) is incredibly interesting and Brian Mckenna who creates work on the idea of video and sound synthesis (though I am greatly dumbing it down here…we had a very in-depth conversation about his practice that I failed to document…regretting it as usual). When I am in the UK in July, I hope to more formally interview the founders of the ‘MyPeople Project’ to use as part of the final chapter in my PhD thesis regarding initiatives in China and the West that are encouraging “transcultural” curatorial discourse. My PhD seems a world away at the moment because of so many distractions…I won’t think about it just now…but it will happen. 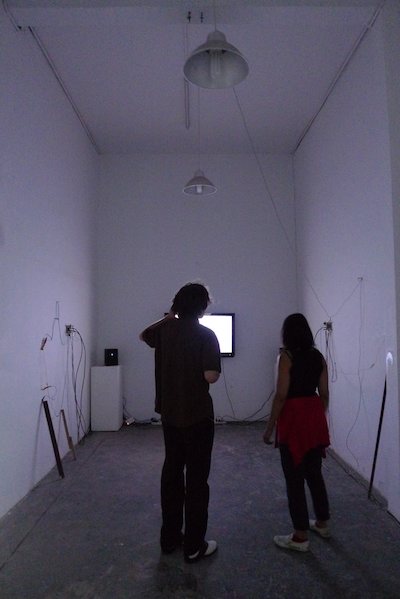 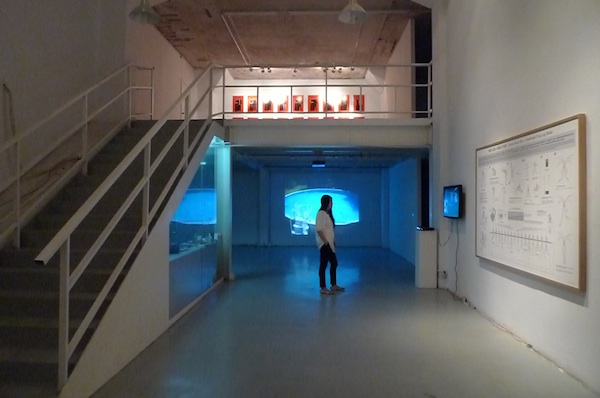 The following day on Saturday 2nd June, there was the ’24 hour draw’ event at the Studio No. 5 complex (169 Jiashan Lu), organised by ‘ARTSpring’, ‘Diagramism’ and the contemporary Chinese artists collective DoubleFly. ‘ARTSpring’s’ ethos is cultural improvisations for sustainability…a difficult concept I think in China. My good friend Effy works for them and had sent me the invitation earlier in the week…I had no idea what to expect. Some friends and I arrived late afternoon in time for the ‘Pens down! 6pm BBQ’, a great and very generous feast (great quiche! Thanks to those at Studio No. 5) where the event initially seemed like a well-arranged children’s party as there were kids with crayons, pencils and colouring pens everywhere, running around…drawing, creating, scribbling…lovely to see them getting involved, but I did wonder about the “contemporary” side of things that I’d been informed about…I think DoubleFly did in part too.

As the evening progressed, the children disappeared opening the floor up to short drawing workshops including drawing a self-portrait (I don’t dare publish mine on here for fear of embarrassment…it’s been a while since I engaged in that process on a serious level)…designing a Chinese character from six images…and a ‘speed portrait session’ involving drawing artists from Shanghai, both Western and Chinese. Audience members (largely my friends) were asked to model for the artists, where in seconds against the clock they drew a charcoal portrait, in battle against a fellow artist. The audience then got to vote through applause and screaming as to who should be declared the winner. The artist who drew me didn’t get very far and took more of a caricature approach. Needless to say I didn’t bring it home with me. Is my nose really that big? I’m fixated on this now! There is always a sense of absurdity in DoubleFly‘s practice where you never quite know what’s going to happen next. They surprise participants and viewers whenever they can, and that night they did not fail to disappoint, in this instance producing sex toys…yep vibrators to draw with in the final stages of this ‘speed portrait’ session. I won’t say where the charcoal was placed but you can guess or look below. The French artist who was taking part did not look that amused about this but engaged in it whilst DoubleFly frantically and intensely documented the intervention for use in their work. There was so much energy that night…laughter, discussion, creativity flowing out the door…and it actually made we want to re-engage with drawing again. I used to love life drawing and had an obsession at one stage with drawing hands and feet…more feet as they are so descriptive. Wishing for more hours in the day…I’ll get back to it at some stage. It’s not forgotten. 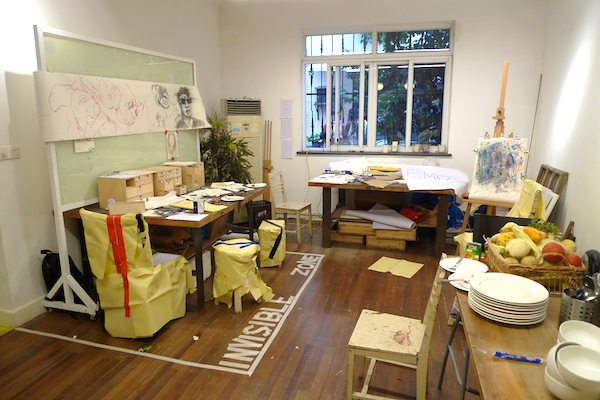 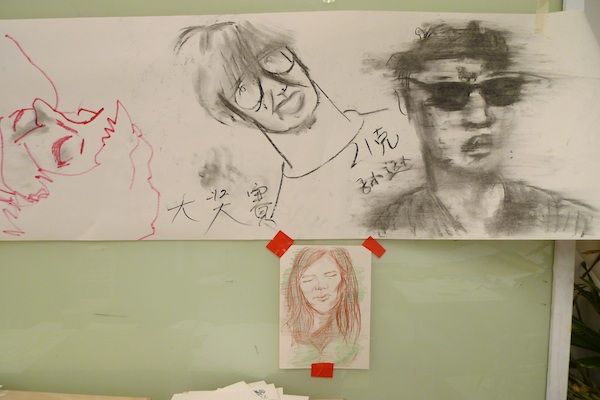 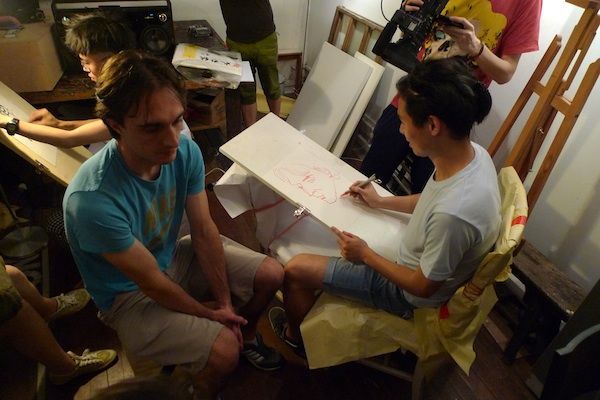 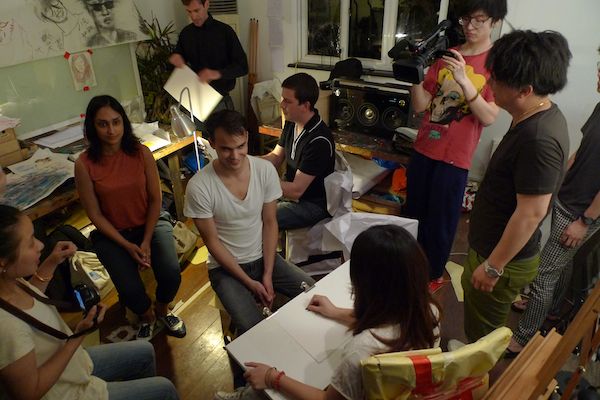 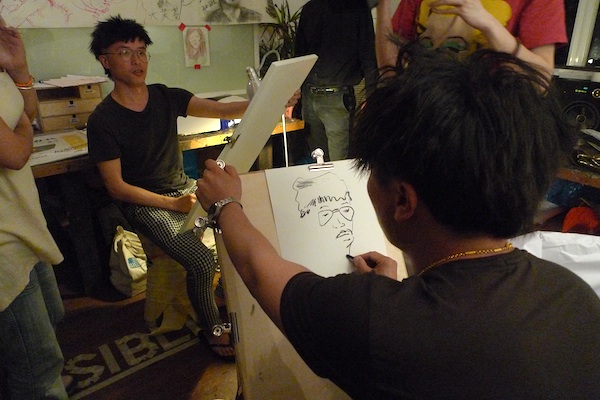 The final creative collaboration I will mention was presented at the event ‘Norwegian Wood’ at Z58 (58 Panyu Lu), another hidden architectural delight in Shanghai that, as ever, I was blissfully unaware of designed by the notable Japanese architect Kengo Kuma. Japanese architects know what they are doing…I swear by this. I was invited to this event by my photographer friend Peter Dixie as he had recently photographed the building. I was encouraged to attend just to check out the venue…and I wasn’t disappointed. The photographs below do not really do it justice. The horizontal planter boxes that enclose the building are named “the green louvers”. They are fixed to steel pipes with brackets acting as a strut to the main glass panes. They have a dual structure of being mirror finished to reflect out, whilst retaining integral waterproof performance. It cleverly uses an automatic water-supply system in order to maintain the plants, in which water runs through pipes dripping on the louver underneath. A very nice piece of sustainable “building” here where they wanted to create “a sense as though the ivy alone is floating in the air”. Contemporary architecture in disguise. I like. 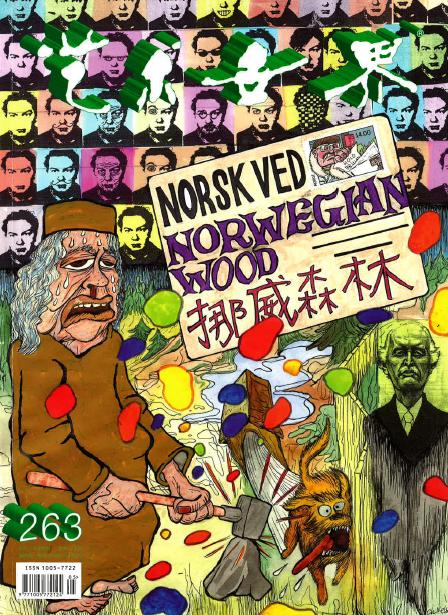 The event began bilingually…Chinese with English translation. Fantastic I thought, until they gave up or got bored within the first half an hour, so I had no idea what was being said…again making Rachel feel ignorant about her lack of Mandarin language skills. A summer curatorial contract might change all that though so watch this space. Fingers crossed or daumen drucken! So ‘Norwegian Wood’ was the launch event for ‘Art World’ magazine’s (a Chinese art magazine) May edition which is specifically devoted to Norway and Norwegian arts. It introduces a broad selection of Norwegian artists and art forms including interviews with Christopher Nilsen, a famous cartoonist, who also made the cover art of the magazine, author Per Petterson, who just had his book “Out stealing horses” translated into Chinese, Norwegian singer Mari Boine, the famous painter Odd Nerdrum and the pop artist Pushwagner. Together they all present Norwegian contemporary art that is different from the more well-known Norwegian classical artists, including screening short video documentaries with Norwegian artists and designers. Connecting cultures seems to be the fashion right now…and I’m not one to talk as that’s pretty much the whole basis of my PhD research. This week I am definitely going to start to re-engage with my thesis but until them it’s time to make gnocchi from scratch with one of best (Italian) friends here and hang out on her 25th floor terrace overlooking The Bund and Pudong. This is why I love weekends, and more to the point Shanghai. 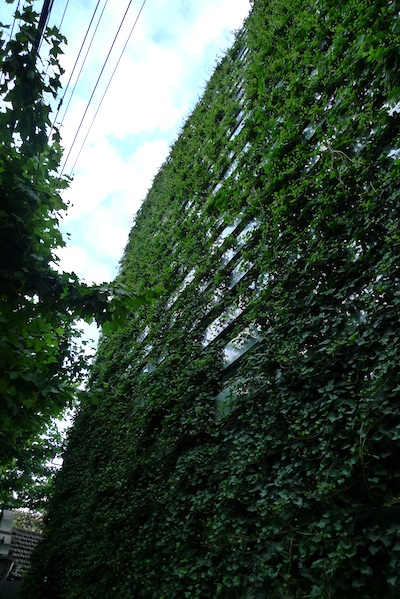 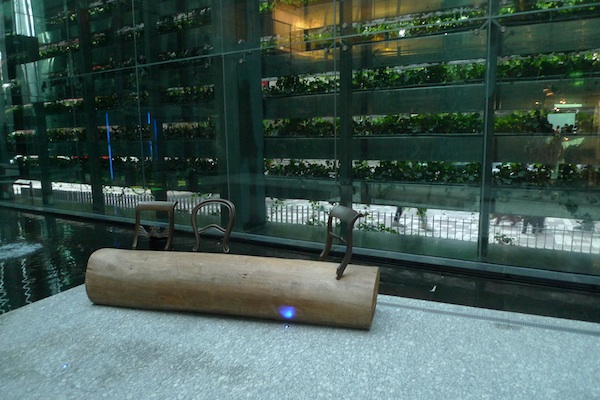 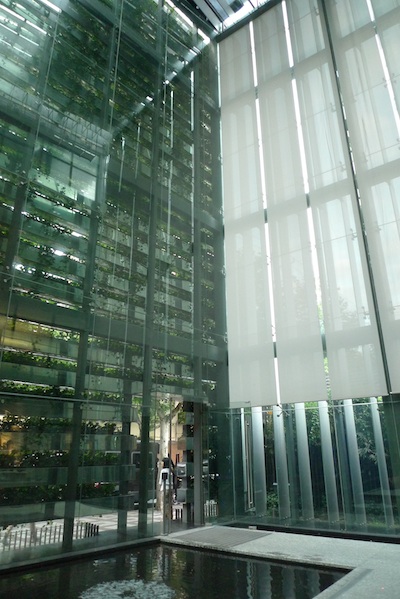 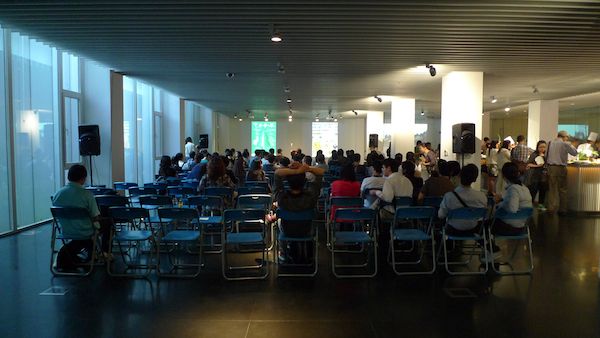 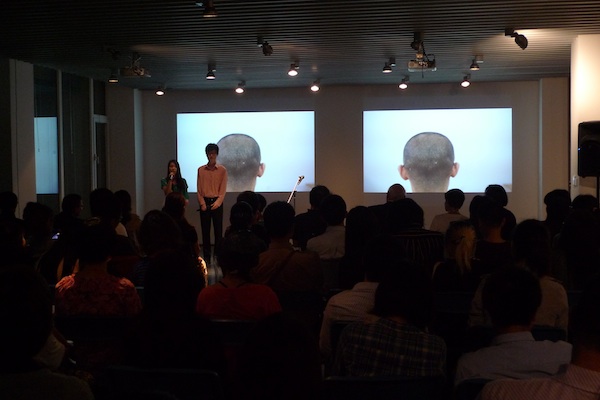