So I’m slowly playing catch up on blog posts and past Springtime events that I’ve been to or experienced in Shanghai. A few weeks ago, I helped out my good friend and colleague, the Jewellery artist and designer Lisa Juen, with her stand for her jewellery label ‘ProonK’ at the Design Art and Fashion Fair – D.A.F.F., which took place on the 5th May at Wharf 1846 in The Cool Docks area of Shanghai, organised by The Ice Cream Truck. 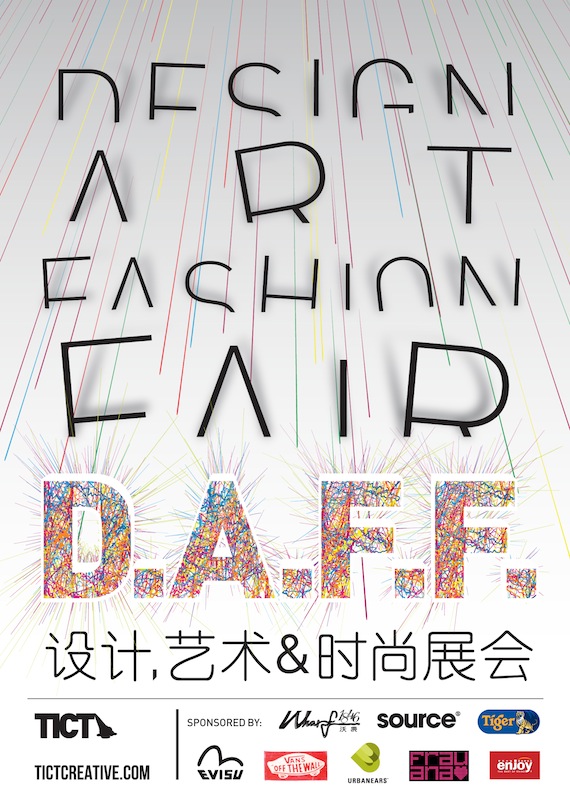 When I first came to this city in 2010, I can remember coming to this area as it was in transition, in progress, being renovated and expanded where in the past 2 years it has exploded in terms of businesses being another creative hub and definite weekend eatery destination. It also has one of the boutique design hotels to go to and stay at called ‘The Waterhouse’ where I have been a few times to nosh, including for lunch snacks on the day before my birthday last weekend with TXNY…I’ll post a few photographs after talk of D.A.F.F.…also of the ridiculously amazing one-off birthday gift that Lisa Juen made me. It blew me away causing serious tears last Sunday when I hit 29 (30-1).

The night before D.A.F.F, Lisa had been invited to the kick-off pre-party at ‘Source’ on Xinle Lu, which was an opportunity for all the vendors and organisers to get together, share a free beer (or two or three) and get to know each other. She invited a few friends and I along for the evening, where what should have been a quiet night before one very long, intense jewellery selling day, ended up being numerous free beers at ‘Source’, a couple of lethal cocktails at ‘Craft’, silly (accidentally get hit in the head) dancing until 2am and a little emotional confusion as standard in Rachel’s head. I wasn’t on the alcohol train that night…but still I knew the 9.30am wake up wasn’t going to be easy.

The next day, I met Lisa and her partner B-man for an early breakfast, a raspberry smoothie at ‘Brioche Dorée’, needless to say we were pretty quiet that morning…then it was time for the three of us, ‘team ‘ProonK’‘ to start the day of D.A.F.F…first stop AIVA to collect everything, then onto Wharf 1846 in The Cool Docks to set up and sell…and catch some well-needed rays. The heat and sunshine were absolutely blazing that day…beating down on us with full force at over 33 degrees…it was beautiful. BEAUTIFUL. Here are a few shots and videos from the day…great to meet familiar faces again and new people, and find out more about Shanghai’s creative scene. 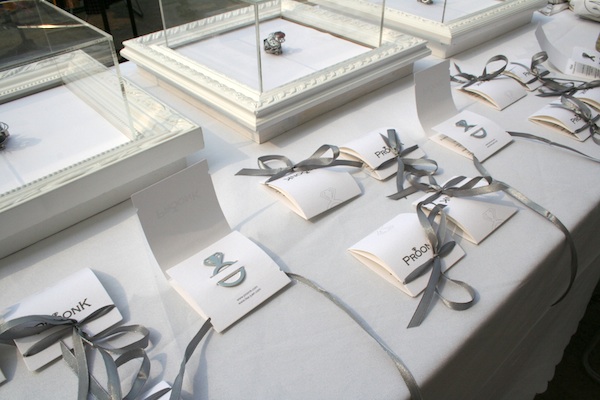 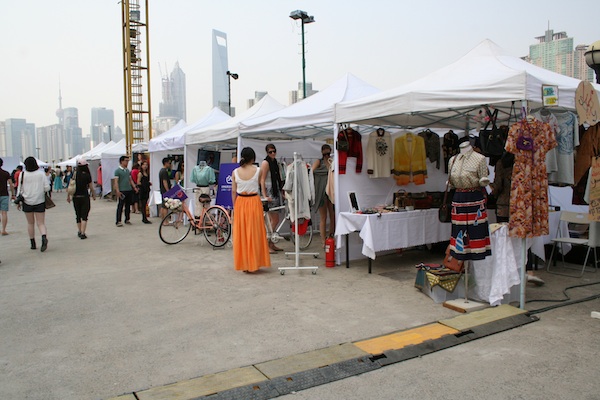 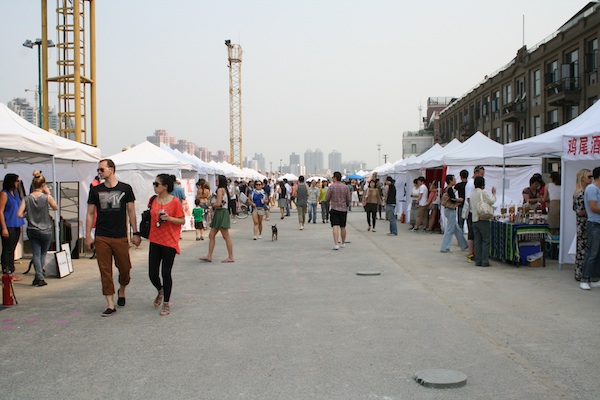 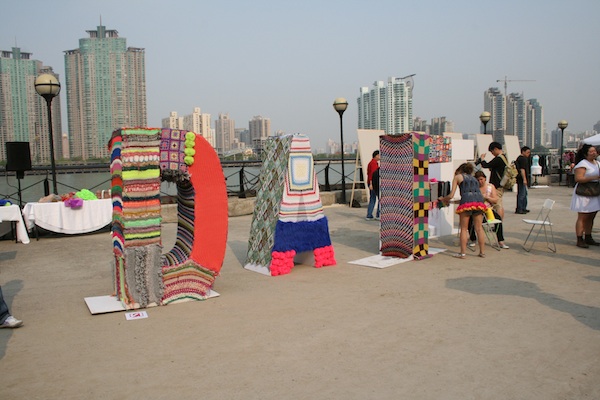 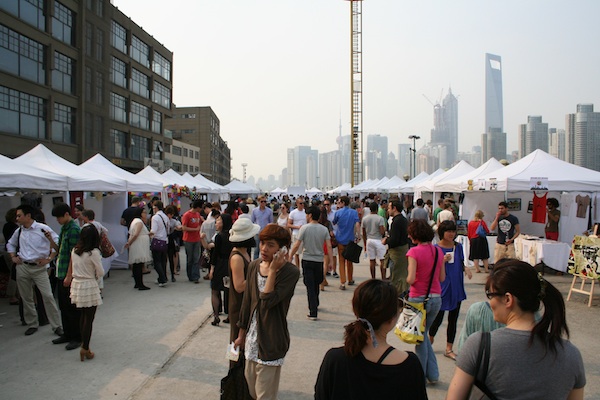 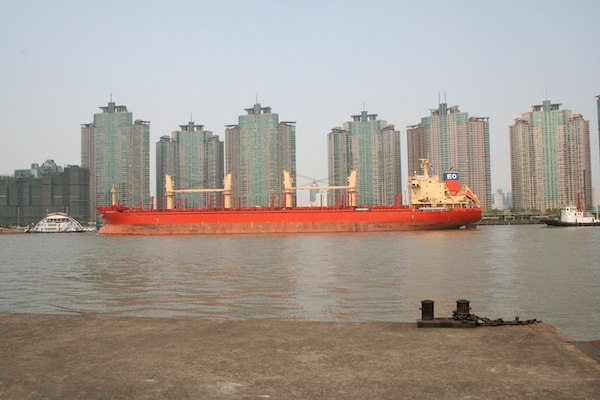 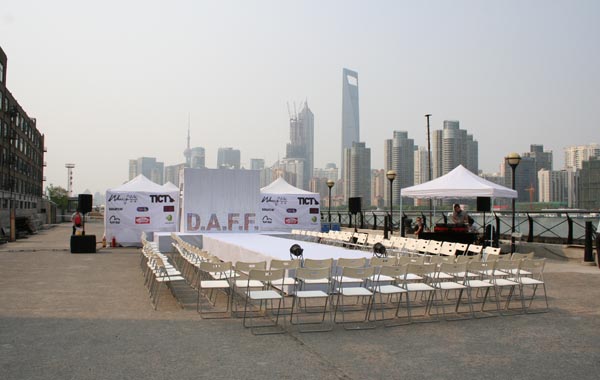 That day, ‘team ‘ProonK’‘ was fueled by litres and litres of water (though that’s a daily standard for Rachel…people find it funny how much water I actually drink in 24 hours, I can neck it like there’s no tomorrow)…and by beer, prosecco, Snapple, muesli bars, sausages, and this sickly yet tasty and needed ice cream oat and raisin cookie sandwich by ‘Strictly Cookies’, one of the food vendors there that day. It was nice to see ‘Amelia’s Marketplace’ there too…she makes such great jams, pickles, preserves (rhubarb and ginger is the best) and BBQ snack food on her ‘Little Blue Cart’…she’s quite a legend in Shanghai.

As D.A.F.F headed into the evening, more and more people arrived, party time began, music and bass beats louder, and events started to take place…a fashion show, food and drink specials, art presentations, and a graffiti and street art competition…all this whilst the sun set over the Shanghai waters edge. I wandered around for a while to see what was going on, catching up with colleagues and friends, where I spoke to one of the graffiti artists called Siu Tang. He has a great blog that’s worth following where he does a drawing/comic strip a day, called ‘Siuper Each Day’. I’m hoping to talk further with him during creative adventures over the coming weeks and also have him come a do a workshop next academic year with the students at AIVA. All in planning. At the end of the night, the street artworks were voted on for a overall winner (I have no clue who actually won) and they were then put up for auction. TXNY  found out this week that he actually won. It’s important to invest in raw, local art I think. They are huge works though, not quite sure how they fit into your average Shanghai apartment! The day was pretty successful for Lisa, with a few sales here and there, definitely in terms of the people met that day, always an opportunity for raising the profile of her work even though it was more at the high-end product and price range…rather than the festival-like feel that most other vendors presented. That’s not a bad thing though, it made her work stand out even more. So nice to share the experience and day with her and B-man. Future success stories of  Lisa and ‘ProonK’ in the making. I can’t wait to see how it grows over the coming years across international waters. If you are a creative in Shanghai, I’d definitely recommend getting involved in future D.A.F.F events as it gives you a real, honest sense of the scene out there…I think the next one is in the Autumn of this year. 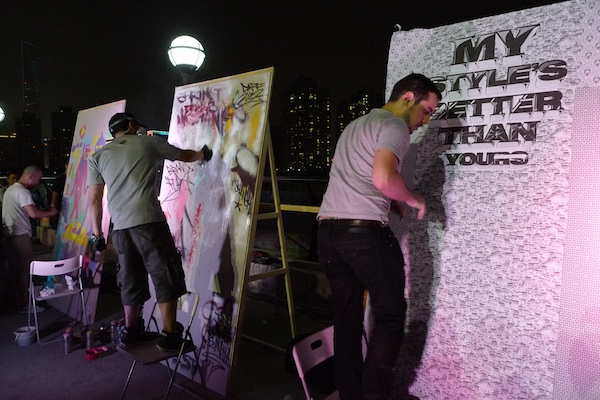 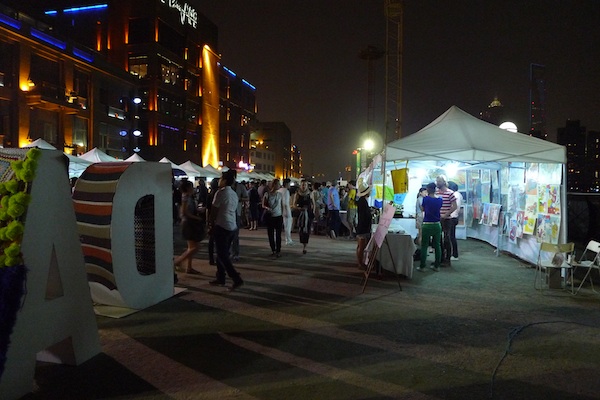 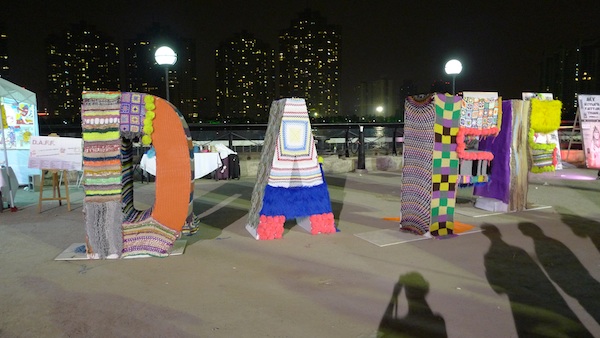 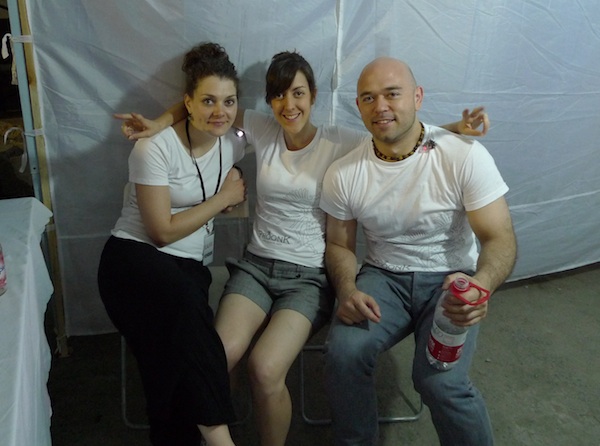 So last Saturday, just over a week ago now (seriously time is evaporating), I was invited for a late afternoon, pre-birthday lunch and chats with TXNY at ‘The Waterhouse’ literally over the road from where D.A.F.F took place. It is one of two design boutique hotels to stay at in Shanghai (I’ve stayed at the other…The PuLi Hotel and Spa, which I’ll be blogging about soon)…a harsh mix of concrete, unfinished, warehouse spaces decked out with key signature designer furniture and artworks. My kind of place. I want to think that the neon artwork ‘You should have loved me’ in the lobby is a Tracey Emin…in fact after Googling this I found out that it is…nice. Also, in vinyl lettering across the windows, the text of ‘Invisible Cities’ by Italo Calvino…a compulsory read as part of my Undergraduate Fine Art studies. Attention to detail makes all the difference. I nearly didn’t go for lunch for a few reasons (some people know why) but I’m glad I did…I’m glad I got past the Rachel fear and saw what happened that afternoon. These chats were well needed and I’m very proud of myself for this moment in my life as I embraced a situation and moved forward. It is definitely time to be “grown up” in my 29th (30-1) year…I think I would have acted differently if it was a few years ago. People are important in this world, they really are, and so are sharing positive experiences in life. I already feel like my 29th year is going to be a changing year in so many ways and to be honest it already is somehow. One thing that has happened in the past week that could be a huge life-changer over the coming months…I’ll let you know about it once things are more concrete. It’s super scary but very exciting. Hardly able to contain this Rachel development. Eek!

Seeing as this post has been mostly about Lisa and her fabulous creativity, I thought I would share her birthday gift to me shown in the last image. It is possibly one of the most emotionally charged and personal gifts I have ever received in my life…a handmade piece of jewellery, a brooch called ‘Solipsistic’ after a fortune for 2012 that I received from the ‘Words, Words, Words’ project at the beginning of the year. When I opened it, I was literally blown away, speechless, and then seeing the back of the brooch made me cry in an instant. The word “SOLIPSISTIC” is laser cut in metal on the back on the brooch, hidden and unseen, to sit close to my chest. I still can’t get my head round it…it is something so special. Unbelievable. UNBELIEVABLE. Thank you Lisa! 2012 is “SOLIPSISTIC”…”we create our dreams not only at night when we sleep, but also in the day”…where I live the dream day and night…this is strangely my reality right now. 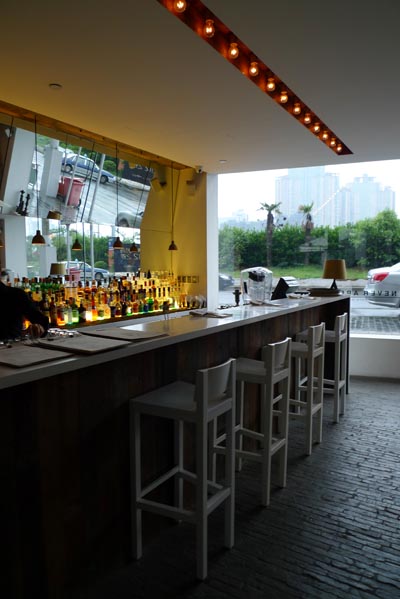 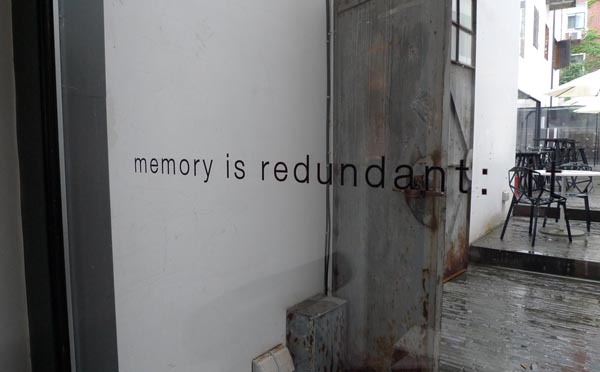