Easter weekend! And it was finally time for the Factory Five and People’s Bike 3rd Annual Shanghai Alleycat 2012 bike race. They didn’t have one last year as they wanted to really make this one something special…and it certainly was…it was monumental, legendary, unforgettable…all those kind of “you should have been there – you missed out” words. I took part in the last Alleycat race when I was in Shanghai in 2010 and I wanted to take part this year but I completely KO-ed, writing off my bike in what could have been a terrible accident…really terrible. At the crossroad junction of Julu Lu and Shaanxi Lu whilst cycling home a week last Monday, I was distracted…or dreaming…one of the two though most likely both…anyway…headphones in (when I know they shouldn’t be) and cycling down Julu Lu I thought it was my right of way as the road was empty, completely empty…I didn’t even look at the lights which were on red. As I crossed the intersection, a cream Mini came flying down, I saw it in my peripheral vision thinking right Rachel this is it…your luck is finally up on the streets of Shanghai…for it to catch my front wheel, scrape it down the side of the car causing huge black marks and scratches, throwing me off my bike and my rucksack jumping straight up into the air in slow motion. I flicked my wrist out and got a few bruises, thankfully that was it…the Mini was far worse off. So I was bike-less for the race…and instead volunteered myself to help out with the day…the crazy intense Alleycat day, and I’m so glad I did. Always nice to volunteer once in a while, especially for something as good as this…props to the Alleycat team for an awesome day.

I had to be at Sinan Mansions outside the Boxing Cat Brewery for 8am along with the other volunteers (Jessica, Michelle, Amanda, Mark, Amy, Adam…)…on a Saturday to help set up for registrations which started at 10am that day. Needless to say I rocked up late, sunglasses on still sleepy with tired eyes…but most people were as they’d been on the night ride the night before, which apparently had over 250 riders and were a force to be reckoned with on the roads, blocking off streets….nice. I was given the hottest Barbie pink skin-tight T to wear (girl volunteers) so we stood out from the crowd…boys had yellow. Riders were ready and eager to get registered from 9am when the race didn’t even start until 1pm…as more and more riders appeared and were parking their bikes down Fuxing Lu, the Chinese police just had to get more and more interested in what was going on. Being threatened with being shut down…all bikes had to put in the hotel basement round the corner and taken off the streets. The event was not at any stage to be a “race”…what? Didn’t you know this is a fun ride! People just coming together on an average Saturday to cycle…right? They haven’t had to sign a waiver at all in case they get hit or fall off. This police observation put a little added stress on the hectic morning of handing out waiver forms, typing in riders details, marker penning rider numbers on arms, distributing checkpoint maps and giving out the freebie Alleycat t-shirts…nice design this year too. Time just seemed to evaporate and before we knew it, it was 1pm…race time. 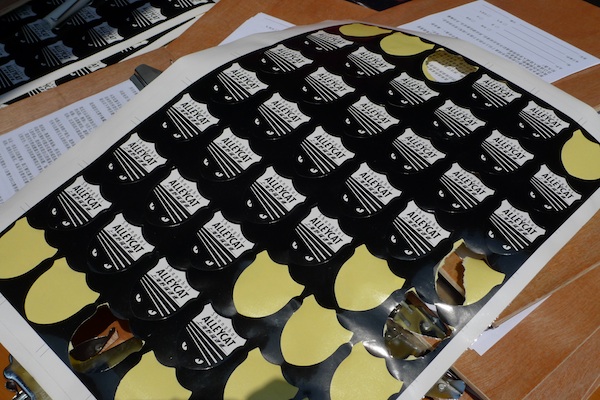 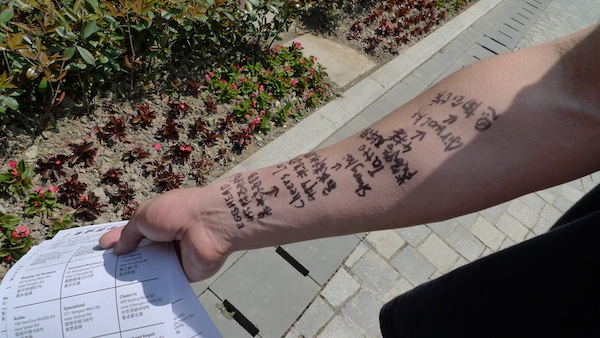 There were around 450 riders in the end…where girls were at a complete minority. It was interesting to see how some people had their routes mapped out…like this guy above…bilingual route written in marker on his forearms…and the fact one rider bought his two dogs who apparently went everywhere with him. Always a world of random at these kind of things. So…because the police had become involved, the race had to start in a different way…there was no way hundreds of riders could be let loose on the streets in one go no matter how amazing that would have been. Riders were split into groups of around ten and set off in heats from the entrance line to the basement. I think we completely underestimated this as we ended up with 42 heats. Amanda and I were frantically marker penning their heat number onto the riders hands and arms before the next group appeared up the ramp. By the time the 42 groups were out, and we went back onto Sinan Lu to get back to the start, the first rider was speeding past…so if you wanted to know how long it takes to get round the 12 checkpoints across Shanghai it’s roughly 40 minutes. This year instead of getting stamps on a card it was a coloured wristband…a nice touch to the race I think which worked far better. The afternoon was one hell of a party…beer, food, chats and sunshine filled as the riders slowly came in one by one…oh and if you haven’t already seen, bike filled…there was some serious bike envy going on…feeding a love of single speed and fixed gear…a lot of mutual love going that day. This event definitely put Shanghai’s bike scene on the map. I’m already looking forward to next year’s…let’s see whether I’m still in Shanghai…if I am, I’ll definitely be racing. 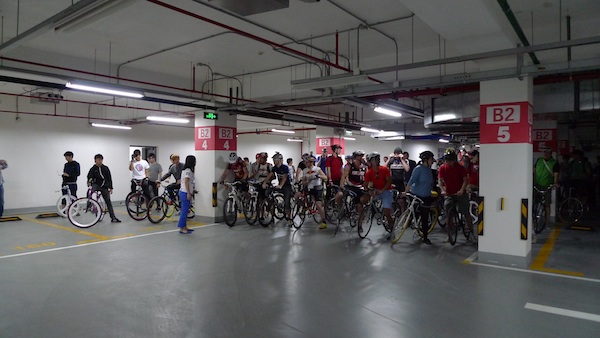 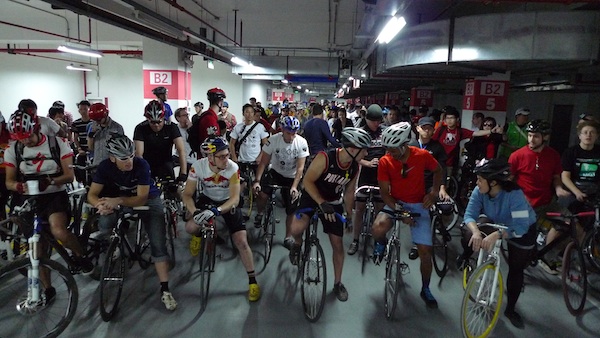 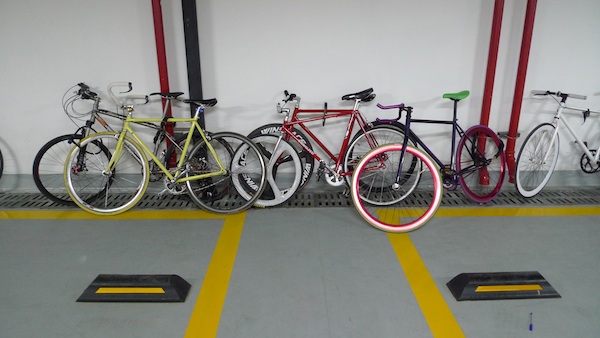 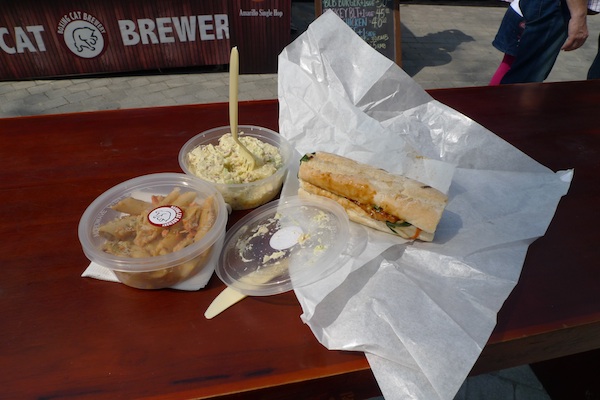 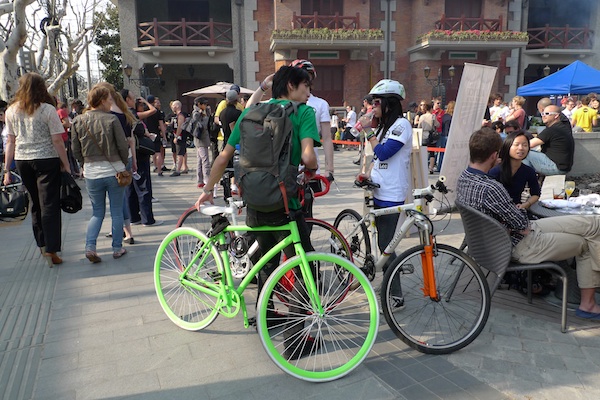