For some reason when my head is full…full of thoughts, idle misplaced comments, what-if’s and unknowns, general worries and work chaos…I’m not very good at sitting still. It’s like I constantly have to be occupied or moving…and this was definitely the case last weekend, especially on Sunday. I was consumed by my mind, like it was stuck in repeat, even though I’d been out and distracted by friends until the early hours on Friday and Saturday night and worked all day Saturday day, my body still was not tired enough to relax and just go slow. Take a breath Rachel! So on Sunday, as soon as I was awake, I had to get out on my bike and cycle the streets…and find something to do. It felt like Spring that day although still pretty cold…my hands got so cold clutching the handle bars, red and chapped, almost sore, but I didn’t care…I was just happy to be free on the roads. It always makes me smile and finally breathe. Nothing beats it. Other people feel like this sometimes, right? I’d be intrigued to know.

Where to first? Firstly, the event ‘Let the dream fly – MOZI Human Powered aircraft going for Icarus Cup’ at Xindanwei, only a few blocks from where I live…a friend had invited me earlier in the week.  I bumped into quite a few familiar faces there, although this happens wherever you go in this city…you learn that very quickly. It’s a good thing though…it makes you feel part of a networked community…special somehow. It never quite felt like this when I was in New York or back in the UK, it was different in good ways too…they are their own communities, defined in a different way. I feel like I’m thinking too much today (not just about my words) so I fear my writing might be a bit “airy”.

Xindanwei is ‘a new way of working, literally meaning “new work unit”…a co-working community which promotes and facilitates creativity, sharing and the great scale of collaboration.’ I’d heard many good things about this place so it was a good opportunity to see what it was all about…and on this occasion, it was on a subject so far away from my usual realm I wondered how on earth I ended up there. I think I got confused about who the project was by…anyway…Mao Yiqing, Chief Designer and Test Pilot for the first Human Powered Aircraft in China called “Mozi”, spoke about the development of his new aircraft, his work with the Japan Human Powered Aircraft Association, and his taking part in the renowned Icarus Cup (the “free-flying” festival). ‘In ancient times, people who dreamed of flying were thought to dwell in the realm of the immortals; they were considered gods. The human ambition to fly is intrinsic, as illustrated in the mythological literature among other cultures. Scientific advances in aerodynamic forces, fuels, and other technology eventually led to the invention of a sustained, controlled, powered heavier-than-air manned flight one hundred years ago. As we exit the dawn of a new century, and environment and sustainable living become increasingly salient, continued attention will be paid toward human-powered aircraft as an energy-efficient solution.’ The event was in Chinese so Rachel didn’t stick around for too long…just enough time to check out the Xindanwei premises that I must say were pretty nice. Another great initiative in Shanghai. 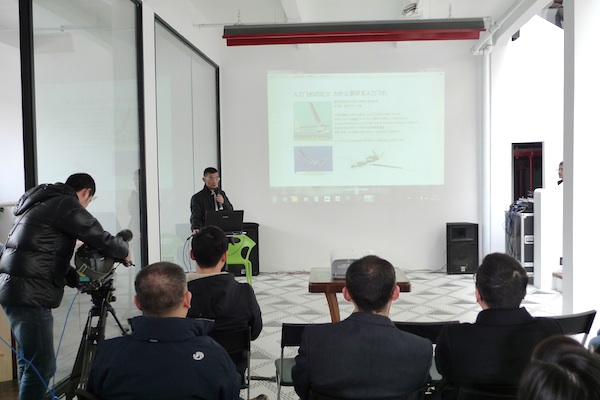 After that very random experience, I went on to the Kunst Licht gallery just around the corner to see the solo exhibition of photographer Li Wei – The High Life of Li Wei. His photographs of create questionable illusions that play with reality, space and time. The fifth image down showing the work ‘Live at the high place 5’ (2008) immediately reminded me of a recent phrase I had read about the Chinese youth culture, that they’d “rather be crying in a BMW than smiling on a bicycle”…so this photograph really represented that…that they are trying to take hold of material culture, but only just whilst clinging on to happiness vicariously through it. I’d never been to this gallery before…it’s actually quite a nice little space.

It was then a little cycle up to the ifa Gallery at 621 Changde Lu to see their current group exhibition ‘trace, line, shadow’ showing artists Dai Guangyu, Zane Mellupe, and Wu Junyong. I literally caught the gallery assistant in between errands…she had only just got back to the gallery and then left as soon as I left. Maybe they don’t get many visitors on Sundays? Although I do know they are very busy at the moment preparing for the Art Paris Art Fair. I went to see ‘trace, line, shadow’ purely to look at the ink performance and documentary photographs of Dai Guangyu that are to be considered as part of a large group exhibition I am co-curating in late Summer here in Shanghai. The artist ‘leaves behind an evolving trace, drawing fading characters with ink on the icy lakes of Beijing. For him it is “the physical evidence of time in occasions which is the questioning of life, existence and meaning in the context of time”.’ It was interesting to see them not hung (as shown above), just leaning against walls, sat on the floor, casually leaning as though they were waiting to be moved on. I thought this worked well…removing the usual formal and expected values of curating.

Next was a visit to the m50 art district on Moganshan Lu for a general wander and a little disappointment…disappointment as there really is some very bad art on show at the moment, that’s my opinion anyway. OFOTO Gallery provided a few surprises and a couple of other places but that was about it. Maybe my state of mind wasn’t helping me that day and forced me to be hyper critical rather than having the needed patience. I ended up staying there far too long, missing out on a few talks as part of the Shanghai Literary Festival that I had been invited to…they probably would have been a lot more fruitful. I was definitely cynical that day. On the cycle South back home, I stopped off for a friend interlude of chats, cups of peppermint tea and digestive biscuits, instantly making things better. My mind started to ease. It was Monday the next day…and so far, it’s been a pretty good week, a week of making new friends and meeting new people. Let’s see what the weekend brings…all I know is there is going to be sunshine (literally) on my soul as I think (and hope) Spring is finally here…18 degrees?! Where on earth have you been hiding? 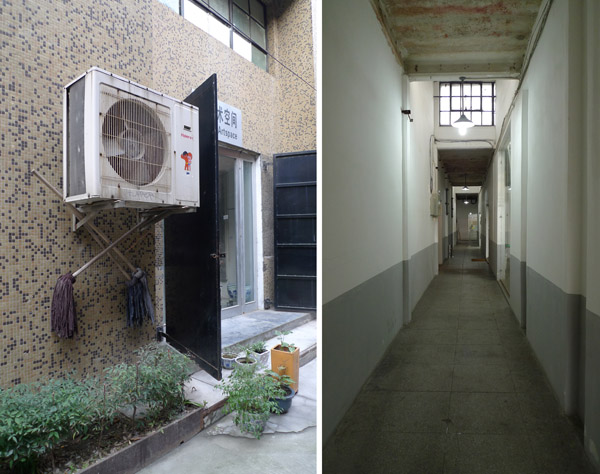