On Friday evening, I went to the opening of ‘Nostalgia: East Asia Contemporary Art Exhibition’ at the Museum of Contemporary Art (MOCA) Shanghai. It is a group exhibition of works by fourteen artists from China, Taiwan, Korea and Japan, organised in collaboration with The Korea Foundation and guest curated by Kim Sun-hee. She is a Shanghai-based curator who has worked with the Zendai Himalayas Center and Bund18 Creative Center, after serving five years as a Senior Curator of the Mori Art Museum in Tokyo, Japan. I’d found out about the exhibition online, but not received any information by e-mail or an invitation to the opening, no matter how many times I e-mail them about joining their mailing list. A fellow contemporary art colleague has this same issue with them too, though I’m not entirely sure how MOCA Shanghai formulate their mailing list.

Anyway, ‘Nostalgia‘ ‘strives to deepen the prosperity of cultural partnership and exchange between the four East Asian countries (China, Taiwan, Korea and Japan) through contemporary art in the hope that new perspectives can be opened up in relation to Chinese contemporary art. The exhibition expresses nostalgia for traditional art that has been lost in East Asian contemporary art during its growth under the influence of Western modern art.’ Furthermore, it hopes to ‘revitalize emotional values that are the most fundamental and universal of human values, as well as offering a venue for the exchange of contemporary art of the three East Asian countries.’ I felt the exhibition was only slightly successful in its visual representation of the thematic of “nostalgia”. It often felted disjointed in part with a confusion as to what was actually trying to be communicated by the individual artists and in dialogue with each other. The curatorial relationships between the works was not clear to me. However, as I established the next day at the ‘East Asian Contemporary Art Forum’ event, the “nostalgia” was more part of the concept and exhibition development, through exchange with the artists from the four countries, the exhibition’s curator and MOCA Shanghai…a discovery and understanding of their sense of “nostalgia” and their socio-historic knowledge of the relationships between China, Taiwan, Korea and Japan. Therefore, the exhibition is less a visual and literal examination and more a “behind the scenes” presentation of new relationships, new creative networks, in the hope of creating new discourse…East Asian contemporary art discourse. 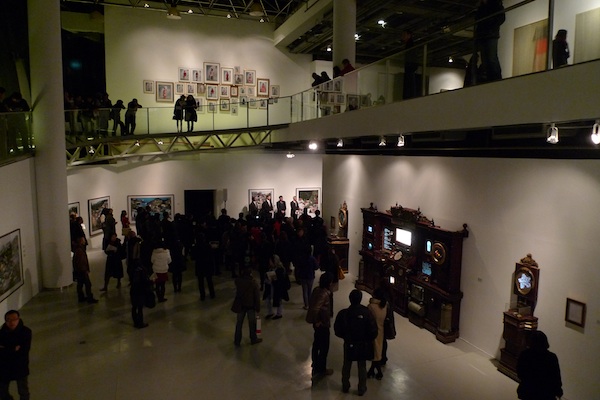 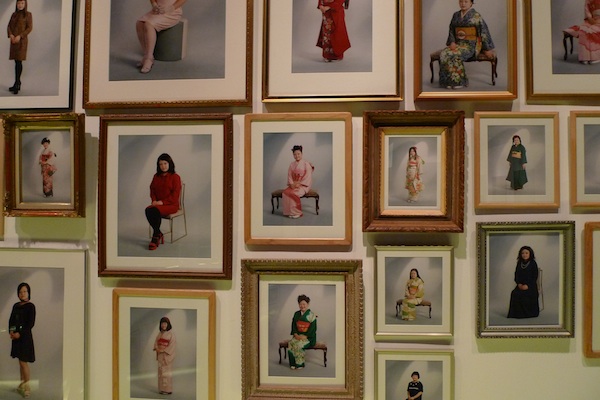 In my view, there were a handful of strong works on display. This includes two photographic series called ‘School Days’ (2004) and ‘Omiai’ by Japanese artist Tomoko Sawada. Here, ‘Sawada similarly portrays herself as thirty different candidates for arranged marriages. In this long Japanese tradition, potential brides dressed in formal attire go to have their pictures taken at a professional portrait studio. The parents subsequently exchange and distribute these cards to other families and relatives in hopes of finding a suitable husband for their daughter. In traditional kimono or business suit, Sawada again forces our eyes into double-take. The artist relinquishes traditional control of the shutter release and, instead, chooses to use a ready-made camera/photographer, here in the form of a real portrait studio.’ Clever simplicity, talking explicitly about East Asian identity in globalised contexts.

Tu Weicheng, I have mentioned previously when I was in Shanghai at the end of 2012. He was included as part of the group exhibition ‘By Day, By Night’ at the Rockbund Art Museum and his work has stayed with me since…it made a real impact, so I was pleased to see it included as part of this show. Here, he combines antique furniture and multimedia, such as videos, back-lit images and sculptures which depict old scenes from Shanghai, and the traditional moving image technique of the zoetrope. A key part of this artwork are the braille panels and music boxes…they are quoted verses that pay tribute to Shanghai’s beauty, converted into braille, punched on bronze plates, then played through custom-made acoustic systems so they sound like music boxes. A multi-faceted presentation of his “nostalgia” about Shanghai whilst thinking about the development and change within the city.

As you will read in the following post on the ‘East Asian Contemporary Art Forum’, the development of the contemporary arts in East Asia is a very hot topic right now. Contemporary Chinese art discourse seems to be developing in a way where it is now looking outside of its own contexts for definition, redefinition and new understandings. 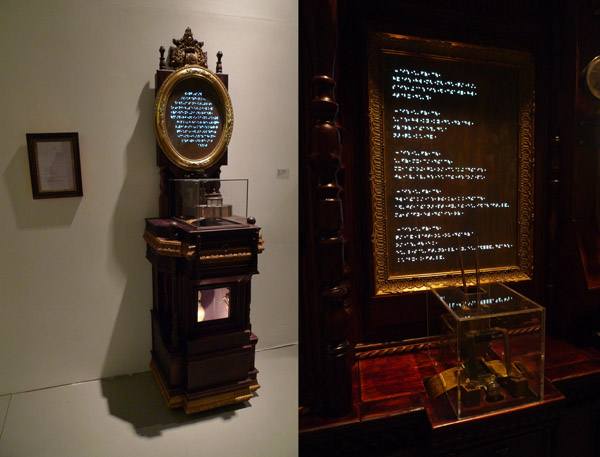 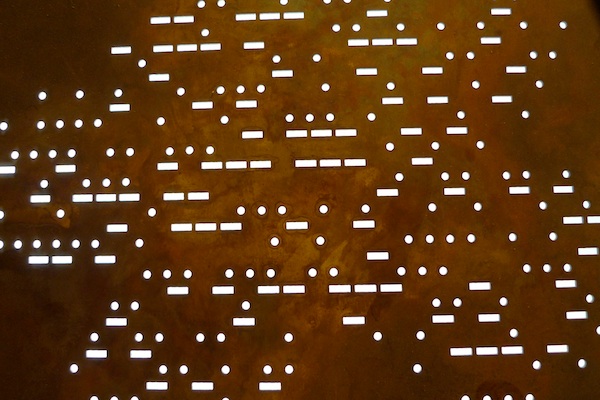 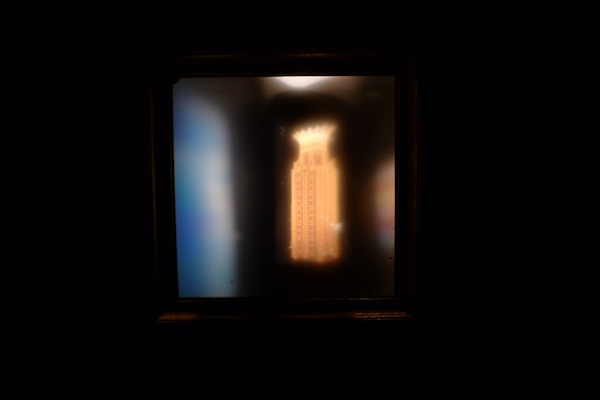