I’ve been in the UK for three weeks now and I’ve been meaning to blog, to write, to keep you (and myself!) up to date with what I’ve been experiencing during in my travels back home West. Before I get into the in’s and out’s of what’s been happening in the UK, I’ll start at the beginning…from the surprise (urban) art initiative found in Shanghai’s Pudong airport, to the comedic plastic, and real in-flight, food. I left Shanghai energetic, slightly apprehensive and excited…excited to see friends and family, to walk the UK countryside, to breathe in fresh air and to have a well-deserved rest. The latter is questionable as you will read in the future. I’d booked a driver who’d been recommended to me by a friend to get me to the airport who, on the 45-minute journey, burped 28 times. That’s nearly one every two minutes. Now I wouldn’t usually mention something like this on here, but it really did surprise me…some things in China I just can’t get used to…and one of them is manners like this. Anyway, once I’d checked-in my overweight luggage, that thankfully incurred no excess fees (seriously it was all gifts. I only had my high-vis running vest, trainers and ballet shoes in there!), I took my excessive amounts of hand luggage with my boarding pass in hand through security to sit and wait in a rather eerily empty airport lounge…given, I was on a night flight but it was super empty. I’m not very good at doing nothing, which a lot of people close to me know far too well…so I spent my time PhD-ing – laptop out, peppermint tea in hand – and pacing the carpets of the airport lounge coming across one of China’s visual treats, plastic food. Presented with such colour it is there to lure you into their establishments, or put you straight off. It will always make me smile to think there is actually a successful industry out there making this stuff.

Whilst walking what felt like miles round the airport, I came across an unexpected creative treat – hanging display banners as part of ‘Updating China: Art and Architecture Exhibition on Sustainable Urban Development in China’, originally a project with the Himalayas Art Museum, Shanghai, in the Autumn of 2010. A great find I thought, but not when you only have 10 minutes left to board your plane. I often think I have an inbuilt radar for art no matter where I am in the world…I find it, or in reality, it finds me, hunting me down. So I decided to join the end of the huge impatient queue and be last on the plane (why are people always so impatient when it comes to getting on a plane?), so I had time to feed my contemporary art brain one last time before enduring 20 hours of long-haul international travelling. 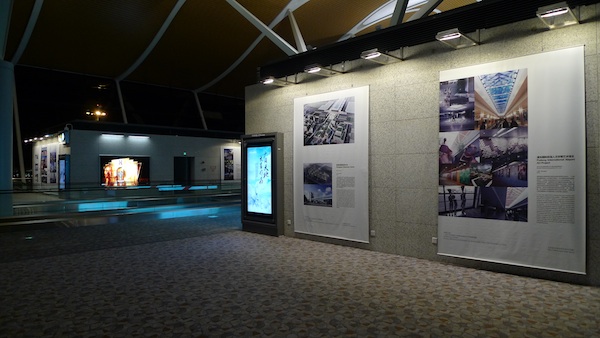 The documentary banners aimed ‘to shed some light on the self-updating of China, including the constant self-adaptation of cities, environments, living conditions, lifestyles, arts and cultural symptoms, as well as the updating on a conceptual level in terms of recognizing and reevaluating the development path of China.’ It is interesting to read the preface to ‘Updating China‘ written by Shen Qibin, Director of Himalayas Art Museum, as he states the brutal reality behind China’s fast changing pace..’all the exciting and encouraging aspects we witness, we have to be aware that there’s something upsetting behind the surface. Evidently, such dramatic development is achieved, to a large extent, at the expense of excessive consumption of resources and destructive damage to the ecological environment. From a long-term perspective, the prosperity attained in this way is short-sighted, temporary and unsustainable, sacrificing the benefits of future generations. In this regard, the notion of “Updating China” aims to explore possible solutions to achieve sustainable development.’ A very mature statement as to what the exhibition claims to present. One project caught my eye and unexpectedly took my breath away – ‘Hu Huishan Memorial House’ by Liu Jiakun (Jiakun Architects). (I particularly liked the way “memorial” was spelt wrong, another Chinese meme – a double pun there because of “memerial”). I didn’t realise how powerful this project was and is until I researched it when I got home…and I bet most of the people in the airport just walked straight past it not realising what was there. 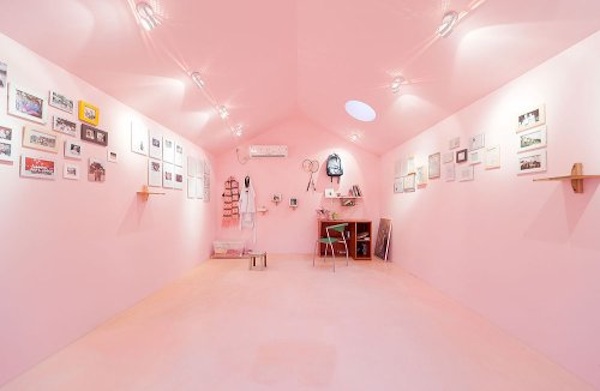 ‘Hu Huishan Memorial House’ is coined as one of the smallest museums in the world designed and donated by the Jiakun Architects, a memorial to the 15 year old girl Hu Huishan who died in the Sichuan earthquake on 12th May 2008. Liu met the Hu’s parents three days after her death whilst volunteering at the disaster site. They would not take monetary donations, therefore Liu offered to create a memorial in celebration of their daughter who dreamed of becoming a writer and part of literature. The memorial takes the form of tent as its basis, often pitched in disaster zones, therefore the form, volume and footprint of the building are similar to that of a tent. The exterior floor is paved with red brick, and exterior walls plastered in siliar to local countryside houses. The interior walls have been painted pink, Hu’s favourite colour, and covered with all the remaining items that were left from her lifetime – photographs, school-bag, notebooks, first teeth, umbilical cord etc. As the exhibition statement says ‘her life was too short to leave any trace for the society, she is not a famed person, only an ordinary girl, she is a jewel for her parents.’ Thanks and copyright must go to Iwan Baan, zhulong.com and to Jiakun Architects for the images below. The memorial opened in Summer 2009, but due to an intervention by authorities, it is not open to the public. Such a shame as it is a truly touching artwork that certainly got me thinking on the long flight back West… 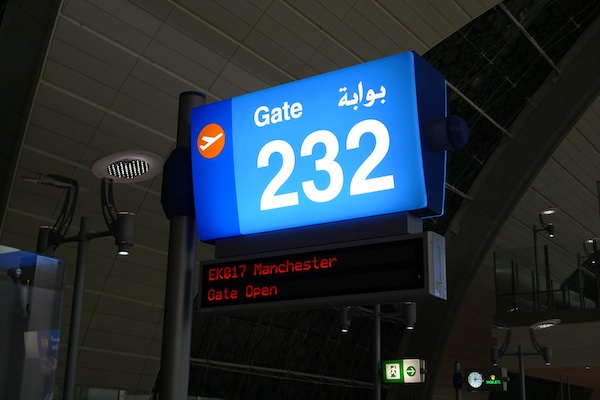