Before I jet off to the UK for a three-week interlude with family, friends and PhD land, I thought I would fill you in on a couple of last week’s happenings. The first thing was that I finally, finally, finally replaced the bamboo specs that I bought last time I was in Shanghai in 2010 and lost last summer when I was in an obscenely large Marks and Spencers store in Warrington, UK, with my Dad. I cried so much when I lost them as they seemed to symbolise something, something more than I was aware of, and also my Dad and I were having such a lovely day it spoiled it a little somehow…my Dad felt bad for not seeing where I’d left them when it was totally my fault for putting them down, I think, when trying a fascinator on for my Mom. Anyway, I finally went to the glasses market on Nanjing Lu where I got them from before…the shop was still there as was the same shop assistant. After a lot of deliberating I decided on another pair of bamboo glasses, and this pair of over-sized Paul Smith frames as shown below. I thought I’d keep it British whilst being in China. My apologies for the slightly self-indulgent photograph…geek is definitely back in full force. Though I think we knew that already without them, right?

Later in the week, I accompanied  Jiang Jiehong (Joshua), Director of Studies for my PhD, and also the co-curator of the ‘Fourth Guangzhou Triennial 2012’, on a jam-packed day of studio visits on Huashan Lu, the Hero Pen Factory in Taopu, and the ‘MadeIn Company’ studio in Taopu, along with a lunch meeting in ‘Plaza 66’. Joshua, along with Jonathan Watkins, Director of the Ikon Gallery, are still finalising artists for the Triennial, and as I am Curatorial Assistant for the festival, I am trying to be as involved as I can, when and where possible…at the moment it is mostly from a distance whilst in Shanghai.

The first stop was to see a very young and emerging female Chinese artist called Lu Yang. I came across her work, ‘The Anatomy of Rage’, at the Ullens Center for Contemporary Art (UCCA) in Beijing back in October 2011 when I was there for a conference, so I was familiar with her practice. She showed us a series films and works in progress that may well be considered for the Triennial, alongside past practice, including a piece called ‘Underwater Frog Leg Ballet’ that literally blew me away. Basically, electronic signals from a heavy beat electro song were attached to the nervous system of frog’s legs that were placed in series…so when a specific part of the song was played, a certain set of the frog’s leg would dance. You have to watch the video to understand this further…I have never seen anything like it, and it silenced me over lunchtime thinking about it. In fact, it still does now. Her practice is coherent, strong, clearly defined in the realm of scientific exploration and technology, it is mature and refined…not something you see very often and at her age. It was nice to see how involved she was with her research topic too…medical diagrams and books everywhere in her studio. I will definitely be considering her for a future exhibition…my mind is already thinking about the curatorial concept. I hope to spend more time with her during my Shanghai days too…I’ve already asked her to do a lecture at AIVA as I felt the students would really be inspired by her dynamic and visually immersive practice. 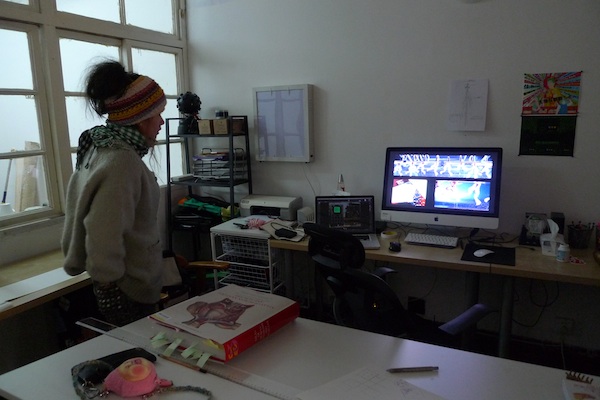 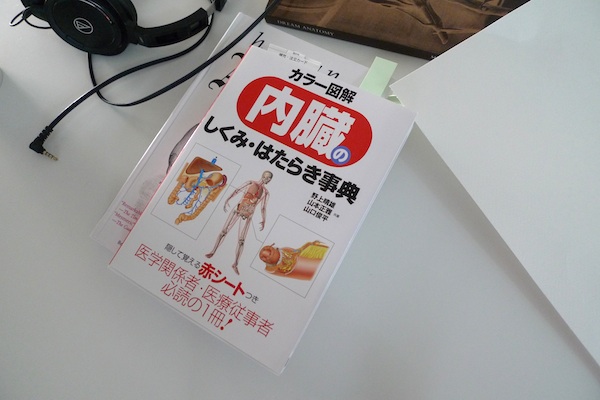 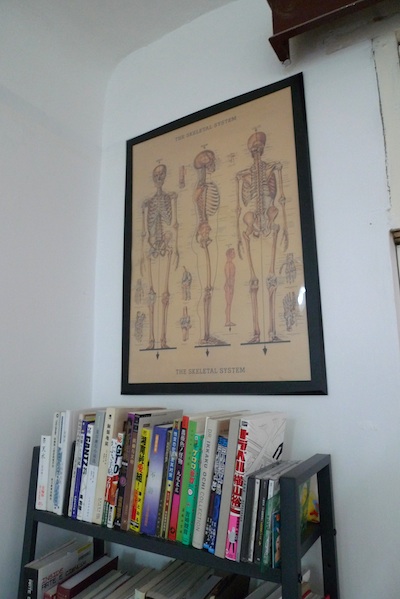 Next was a lunch meeting with Mathieu Borysevicz from the Shanghai Gallery of Art to talk about the possible offsite project for the Triennial. So much of this project is still in discussion and yet to be confirmed so I can’t really say anymore about it…a great, positive conversation was had though. Fingers crossed it gets the go ahead from the powers that be…it’s not up to us in this case as the content of the proposed project is a little controversial, well, in a Chinese sense. Next stop was the Hero Pen Factory in Taopu to meet Jin Shan, who I have spoken about many times before in previous posts. He let me take the small photograph shown below…he found it on the factory floor. I love things like this with an unknown history. Who are these people? What did they do? Joshua had not met Jin Shan before, so I was glad that I was able to initiate the opportunity for them to talk. Strangely enough, Joshua studied the same course, in the same year, as his older sister. As ever, it is a small world right? It astounds me sometimes. It was then onto the ‘MadeIn Company’ to talk to Xu Zhen where we talked Weibo, the Triennial and Chapter 4 of my PhD as there were a few gaps in my research that I needed to ask him about as he is part of one of the three case studies. A brief ten-minute chat managed to clarify it all. These kind of days, although exhausting, are so motivating as it makes you realise you are surrounded by such creative, inspirational minds. It makes me realise why I do what I do and for what reason. The next time I’ll speak to you is after 20 hours of travelling back to the UK via Dubai…let’s see what stories I have to tell then…hopefully it will be a positively interesting journey.