Sometimes in Shanghai things happen that make you wonder whether it is a “real” experience, whether it is a coincidental happening, or done on purpose. Lisa has had two flat tyres in the past two weeks and for some reason as soon she realises the situation, there is a mechanic right there within a flash to save the day. Coincidence? I don’t think so. Lisa and I reckon these idiots purposely place pieces of spiked metal wire on the road throughout the city and then wait nearby to pounce on you like prey to devour. They instantly offer their help at a phenomenal fee where, obviously, you have to haggle to the max. Frustrating to say the least. The mechanic shown below said he did not want this photo taken as he is working illegally, but to be honest you can barely see his face. Needless to say, this was not a good start to Tuesday’s lunchtime break. 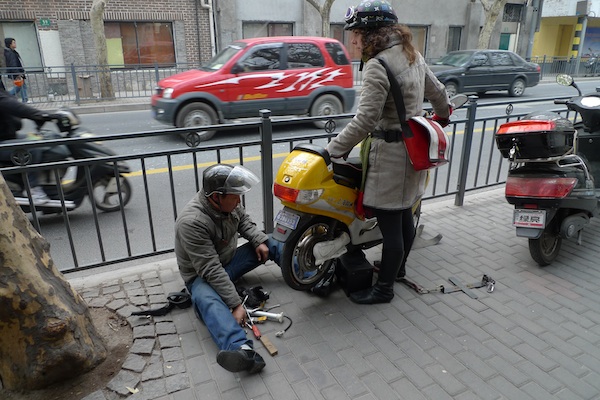 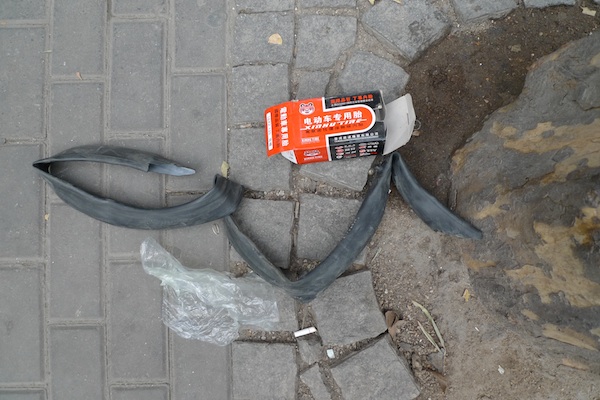 Once the bike was repaired, Lisa and I were back on the road to go and have lunch with her partner Barry. At the moment, I am trying to have what I call “real” experiences in China, like the Communist-style lunch I mentioned in a previous post when I visited the Hero artists studios in Taopu. Barry said they have a similar set up in their office building where his company is, using the same plastic food tokens, eating communally in the basement. So I got myself an invitation to eat with him and his employees. Their lunchtime started on “real” China time at 11.30am rather than 12pm. From the food on offer (apparently they cook different food nearly everyday), I chose radish, mixed vegetables, tofu and greens, salted fish, white rice and a chicken stock soup. The tofu and greens I really liked, along with the random eating experience, and it was all for less that 10 kuai (£1). 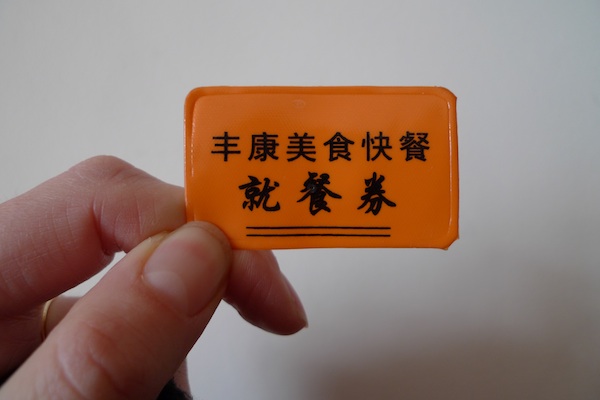 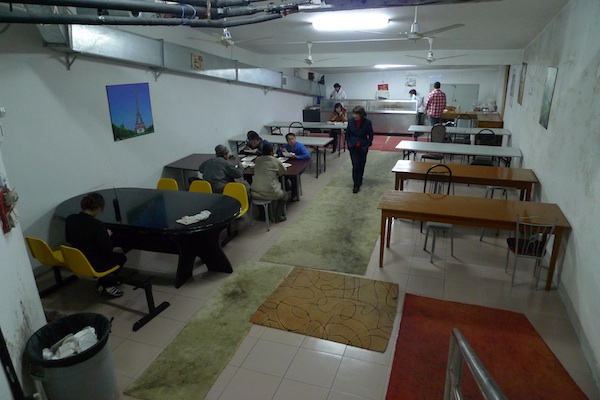 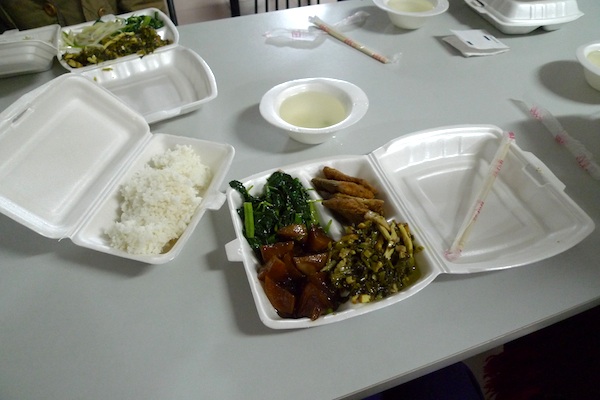 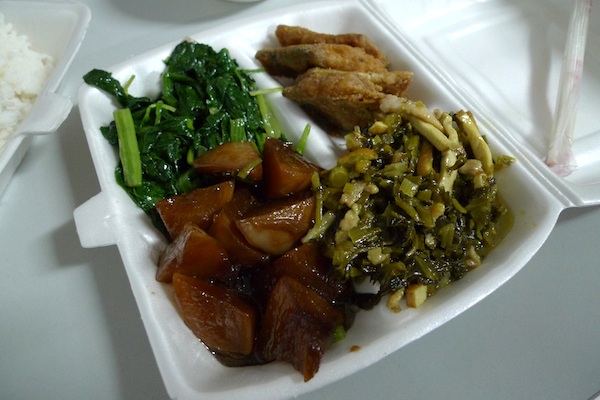 Later on that Tuesday evening, I went for dinner with Zheng Weimin founder of ‘ddm Warehouse’ and ‘ARTLINKART’, and the contemporary artists Jin Shan and Girolamo Marri who I saw the next day back at the Hero Pen Factory Studios (mentioned later in this blog post). It was an opportunity for me to talk to Zheng Weimin about the projects I am currently working on, specifically the Guangzhou Triennial 2012, and my PhD research, and it was also a chance to get to know Jin Shan and Girolamo a little better (and have a little gossip about the contemporary Chinese art world…it is amazing how interlinked people are here). Zheng Weimin offered to support the off-site Guangzhou Triennial 2012 digitally through a possible website and ‘ARTLINKART’ so now I am definitely considering a digital facet to the project. 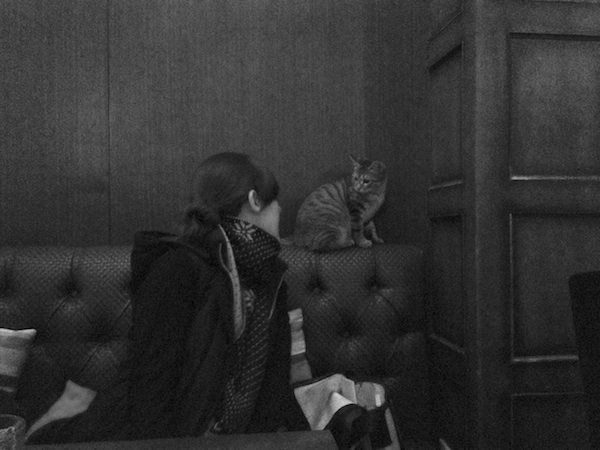 After dinner, we all went to a cafe on Wukang Lu/Anfu Lu called the ‘Marienbad Cafe’ where I had a cup of peppermint tea and further chats. In the cafe was a slightly crazed and skittish kitten that kept on racing round the room, running towards you as if it was going to fight with you…only to play fight though. In Shanghai, well China generally, there are cats and kittens everywhere you go…in shops, restaurants, the wet markets, on the streets, some feral, some house trained. At night, in my apartment complex, you can hear them sing a midnight chorus resembling the sound of babies crying…it is a little unnerving.

The next day, PhD Wednesday as I call it, it was time for a second visit to the Hero artists studios in Taopu that I visited two weeks back, and time for another Communist-style lunch. This time I had pumpkin and broad beans, tofu with greens (like I’d had the day before) and white rice. I love pumpkin, and they seem to eat so much of it here, whereas in the UK you barely see it at all. I was here to see Girolamo Marri and Chen Hangfeng‘s new studio spaces that they had only moved into a few weeks ago. 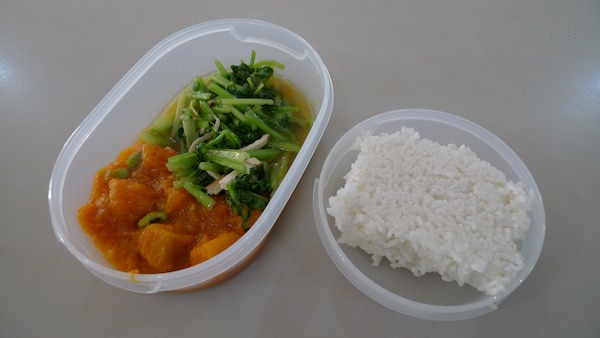 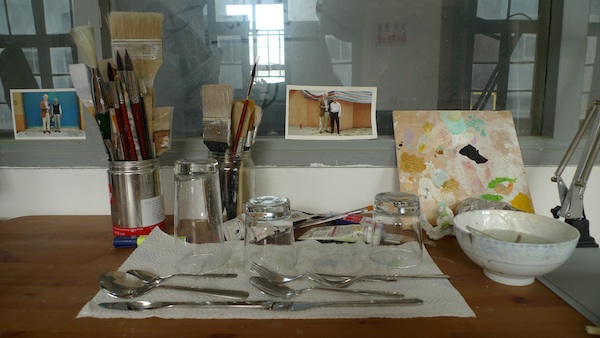 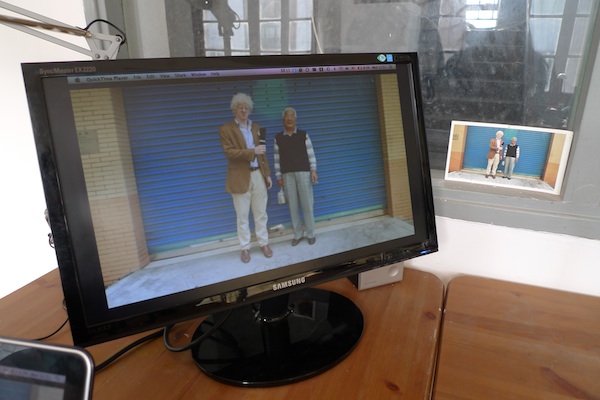 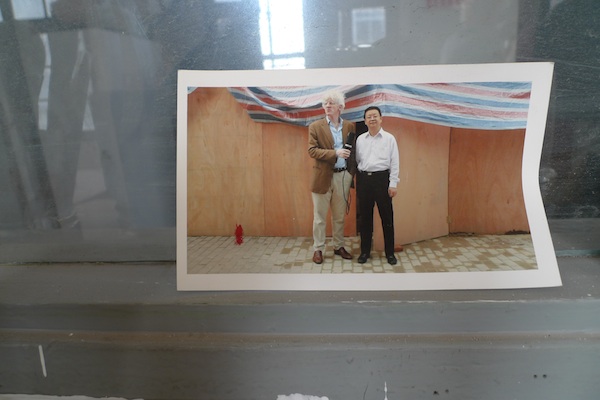 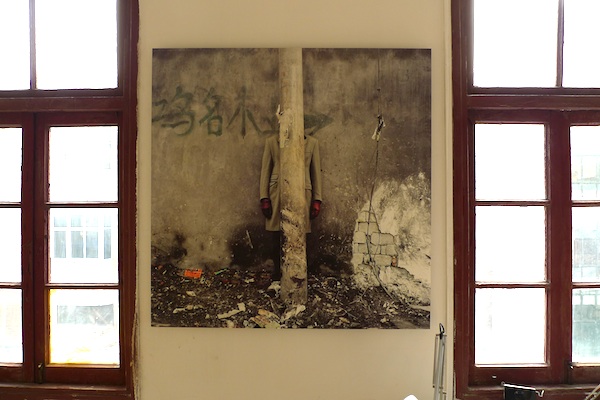 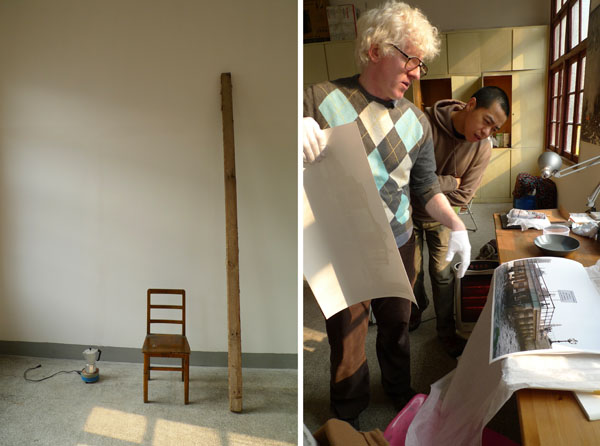 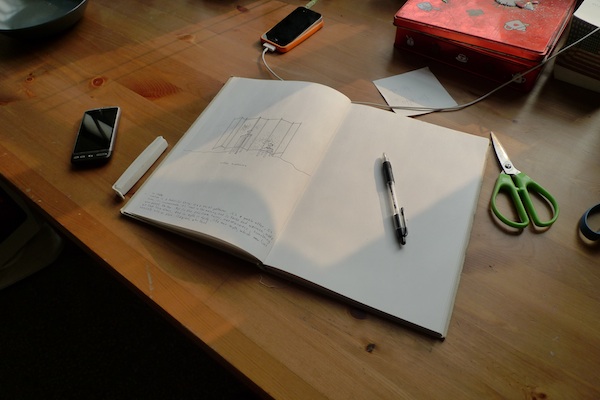 Girolamo talked through works including ‘Opinions in Shanghai’ and ‘Opinions in Bratislava‘, ‘The graft‘, and ‘Ordinanze sindacali in caso di decesso di porto (municipal ordinances in case of decease of a port)‘. A very articulate artist with humourous undertones to his practice, Girolamo has a real sense of cultural and social identity as part of his concepts whilst explicitly citing and commenting on the work of other contemporary artists. I particularly liked the relationship between the video works ‘Opinions in Shanghai’ and ‘Opinions in Bratislava‘ that I think would make a very interesting dialogue when shown in parallel. I look forward to discussing his practice further over the coming months.

The afternoon had somehow run away with itself so I didn’t have much time to go and see Chen Hangfeng‘s new studio that was extremely chilly in comparison to Girolamo’s. Brrrrrrr. Hangfeng is still in the process of settling in and negotiating his studio. It is a phenomenal space though. It is very interesting to see how Girolamo, Hangfeng and Jin Shan used there studios…in such different ways. I can see myself spending a lot of time here over the coming months…creative dialogues unfolding and (hopefully) projects in the making. Until next time Hero Pen Factory… 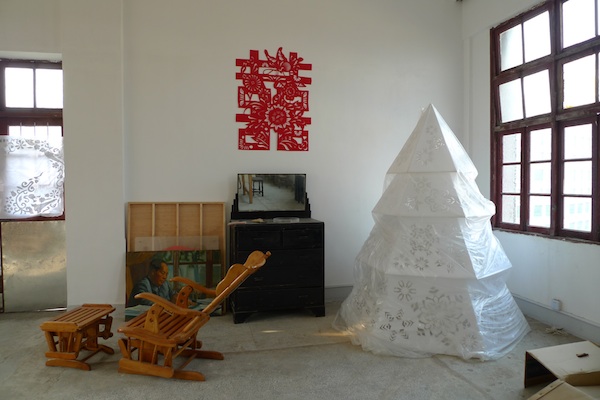 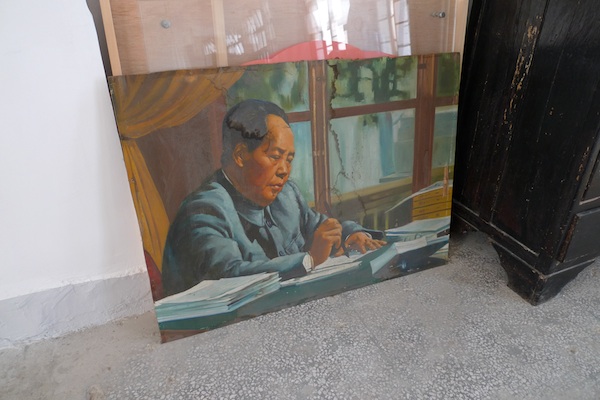 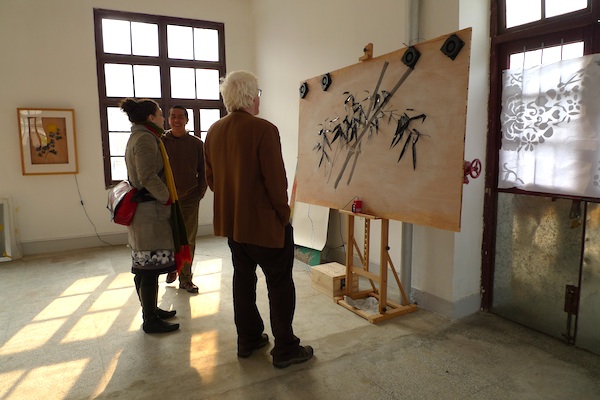 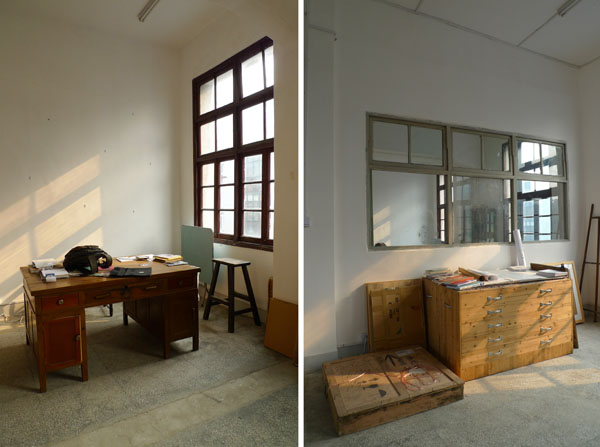 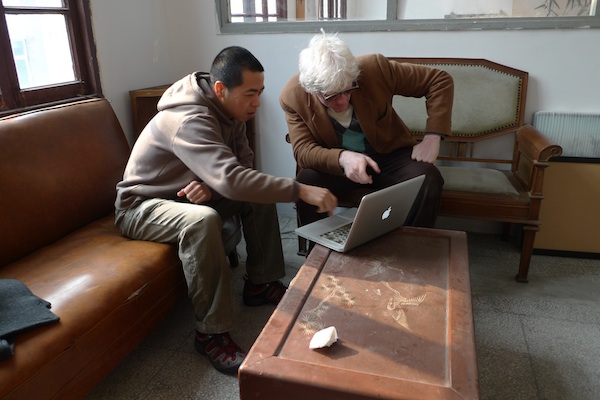 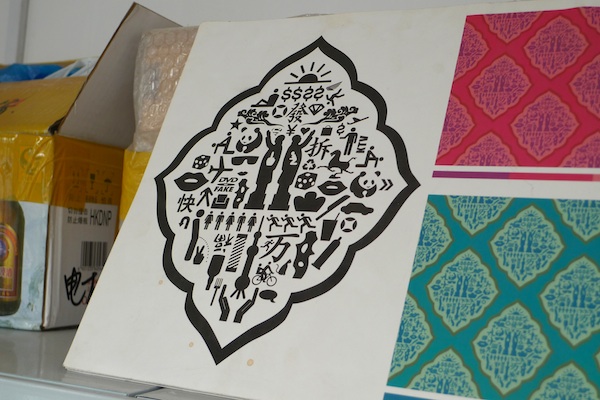 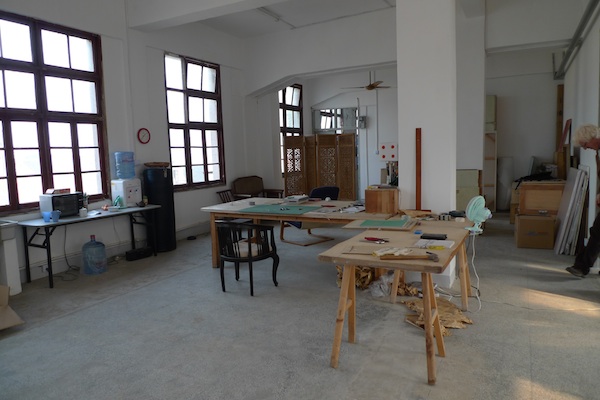 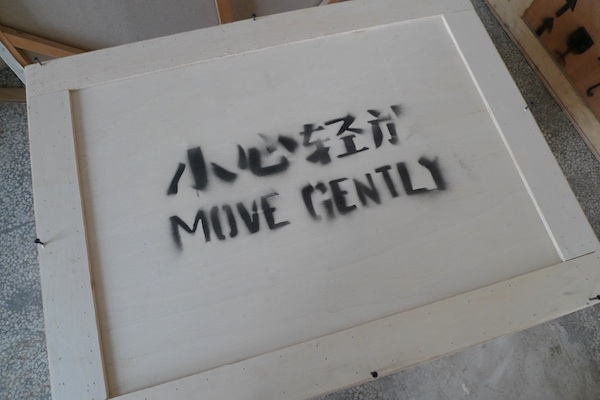