Last week, I went to a couple of events here in Shanghai that have been particularly surreal…particularly colourful…particularly playful…and particularly psychedelic. The first was the ‘Shanghai Detour Fashion Map 11’ launch held at the home of the fashion designer Mary Ching. Lisa and I got there a little late as we got somewhat confused as to the party’s location…instead of going to her home, we ended up at her boutique on Ferguson Lane. Anyway, it did mean I got to see Ferguson Lane just off Wukang Lu…a rather lovely collection of galleries, shops, boutiques and eateries…including one place that did tomato free pizzas…I’ll be going back there one day.

By the time we got to Mary Ching’s, the party was in full flow…drinks of all kinds and dumplings (xiaolongbao 小笼包 and shāo mài 烧卖) flowing. Straw hats for lampshades, maps for wallpaper. There were many familiar faces there and it was a great opportunity for Lisa to promote the launch of her jewellery label ‘Proonk’, which is happening on the 9th December 2011 here in Shanghai at the Starspace gallery from 6pm. A little online plug for it there…I’m going to blog properly about that later on today with images of her beautiful jewellery. 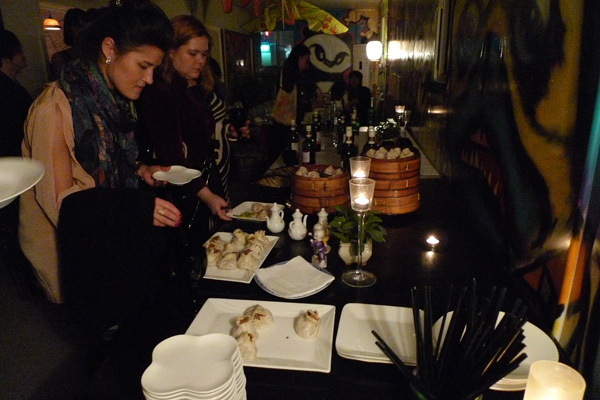 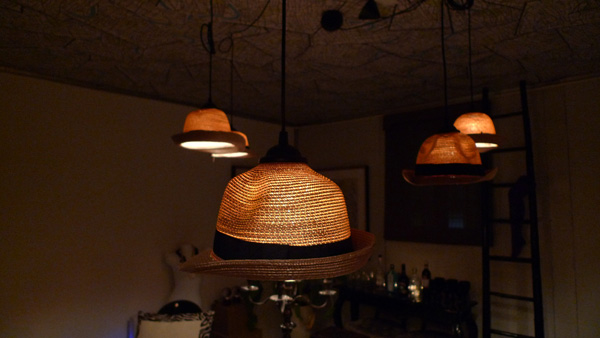 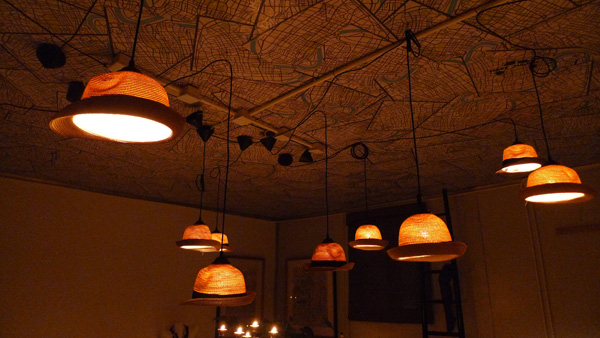 Before the launch party, Lisa and I had a meeting with Tina and Margot from the Elisabeth de Brabant Gallery about the possibility of doing a series of jewellery and bookbinding workshops for adults and children. They approached us a couple of weeks back at one of their exhibition openings. It was a very fruitful meeting accompanied by a generous pot of honey and ginger tea at a cafe called ‘Ginger’. My kind of cafe. 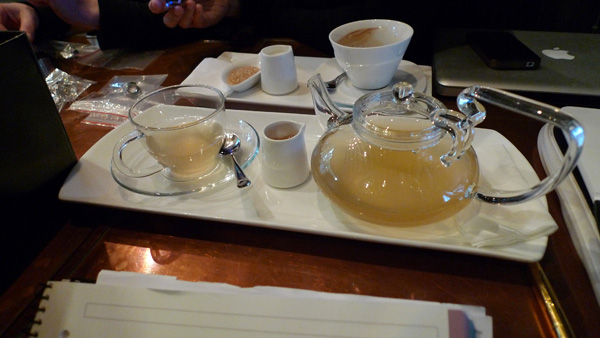 The next step for Lisa and I is to write a more concrete proposal including budgets so we can determine whether they can take place. Fingers crossed as I’d love to work with a Shanghai bookbinding audience…from the little research I have done it seems there are only a couple of other places that offer bookbinding workshops interestingly enough with the same tutor, Monika Lin, who I am arranging to meet later in the month so we can talk about our love of book arts. I’m interested to hear her views on the book arts scene here in Shanghai. I think a Christmas craft event is in the planning at the Elisabeth de Brabant Gallery in a few weeks time that I will be taking part in, and on behalf of Lisa too, as she will be going back to Germany for Christmas…in fact, I need to follow that up asap. [Writing a note to self].

I went again to the Elisabeth de Brabant Gallery on Thursday evening for an expanded cinema performance by the Australian animator and filmmaker Dirk de Bruyn. We were told that it was to be psychedelic and interactive…they were not wrong. I will let the photographs and films speak for themselves. Dirk used a multimedia approach to film-making with the use of 16mm film projectors, multiple digital video projectors, lights, mirrors, objects and shadow interactions from other people and himself. There were also, in parts, pre-recorded and live audio to accompany the cacophony of images…this visual and aural overload. 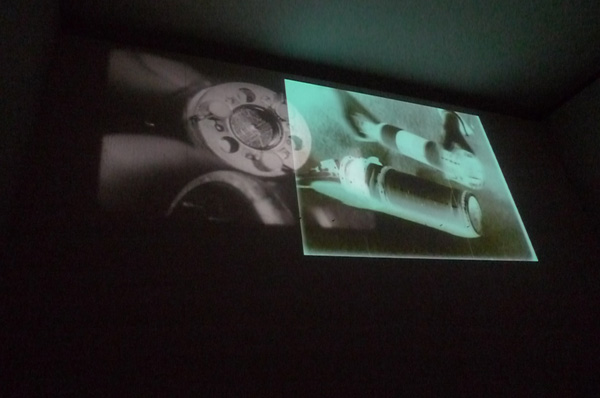 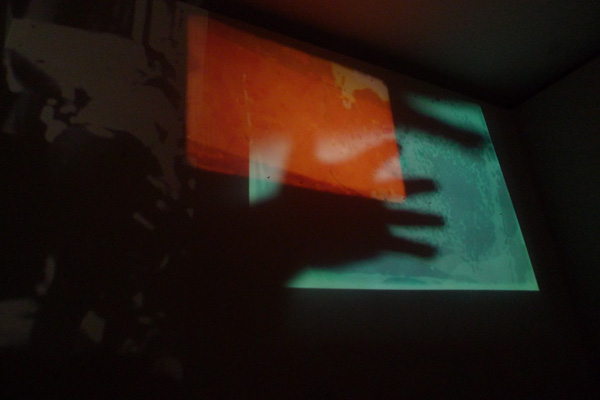 To me, this performative and interactive film installation was like delving into Dirk’s mind, into his memories as the images were played and replayed, cut, reassembled, overlaid…an archive of his actions, his experiences, his life. I could feel slight psychological discomfort through the irrationality of the images and a sustained sense of struggle to find clarity. Nothing is in sync as the images are removed, replaced, renegotiated and re-staged. During the Q&A session after the event, I discovered he actually does have memory problems, which he is constantly trying to find ways of understanding. It made so much sense in relation to his practice! He likes ‘the complexity of the layered image, the “hand drawn/direct on film/image texture” nature of production and the notion of no budget film making becoming more of a focus.’ He went on to speak about the relationship between digital and traditional film making methods. It was beautiful to hear the sound of the 16mm film projector in the background of the performance…rhythmical, almost providing an extra soundtrack to the works. It certainly was a surreal “experience” for a Thursday evening.