A very short post to say a few things…the main thing being that I got to China safely. Hurray…after the faff and palaver of my visa paperwork not arriving (or actually not being sent in the first place!), then it eventually getting here at the very last-minute thanks to some very helpful people at Fedex so I could go to Manchester the day before I flew to get it processed at the visa office. 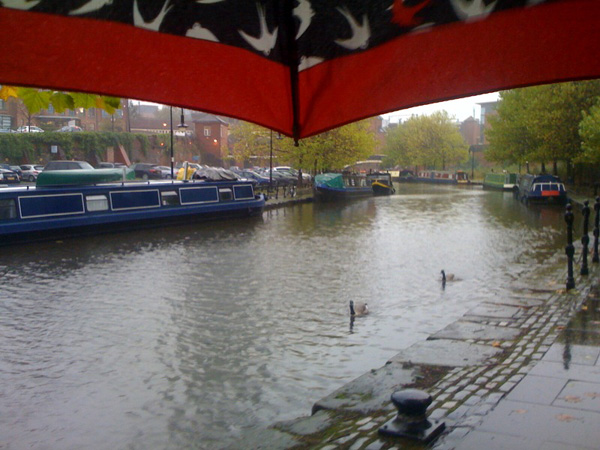 I’m currently typing away in my Beijing hotel room trying to keep myself going until at least 9pm so I can try to get a good nights sleep. Come on Marsden, stay awake! I always think jet-lag is harder on the way back rather than the way out…I’ll let you now how I get on tomorrow. Below are photographs from the past few days including from the evening before I left and the 24 hours or so of travelling that followed…the pictures are mostly of food for some reason! On the last Friday before I departed, my Mom and Dad took RJW and I out for lunch at a local eatery (near them). This seafood platter was lovely…the mackerel pate was simply amazing. After this sharing first course, I had a small halloumi salad and then this mixed berry trifle cheesecake that I swear is a reinvention of a Jamie Oliver 30-minute meal recipe…the base tasted just like his ginger nut and hazelnut one.

RJW surprised me with this very nicely wrapped leaving gift. He tried to throw me off the scent by telling me it needed batteries. I didn’t have a clue what it was. Look how beautiful it is! A gold Waterman cartridge pen…it will definitely be writing the next few chapters in the book of Rachel…or maybe even the next few volumes. My Grandpa used to write with this make of pen so I feel as though I am continuing his legacy…very special, so thank you RJW. All I need now is a blotter to stop ink spreading after writing! It’s already on my hands. The pen is here with me now on the desk in my hotel room and it will no doubt travel all around China. 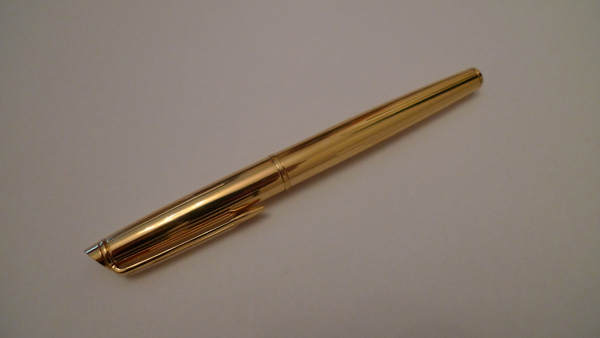 The evening before I left, RJW took me out for dinner, for my last English supper. He had the whitebait starter, which I stole and ate a little of…whitebait is yummy. It was a healthy sized portion too. As we were waiting for our food, we decided to embrace the restaurants board games, having a quick game of snakes and ladders…which didn’t end up being quick AT ALL so we eventually got bored and instead, decided to earwig into the conversation happening next to us about how to re-market the Stafford salsa dance club. I wanted to get involved as they were discussing social media strategies but I thought no, I’m leaving for China tomorrow…in another situation or time I would definitely contribute my knowledge and make suggestions…but then maybe that’s me butting in? Anyway…we didn’t get involved. There wasn’t really anything Rachel specific or that I fancied on the menu so the chef kindly rustled up this bespoke fig, mozzarella and asparagus salad on green leaves with an oil pesto dressing for me. It was super tasty and a perfect last supper. It certainly left no room for pudding. 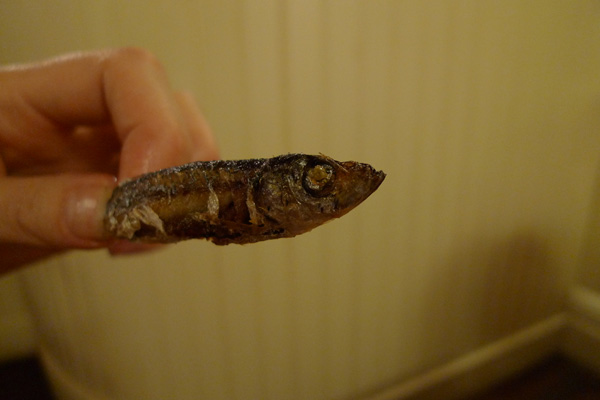 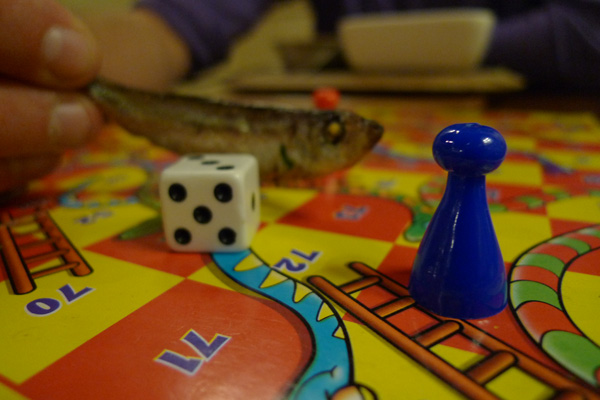 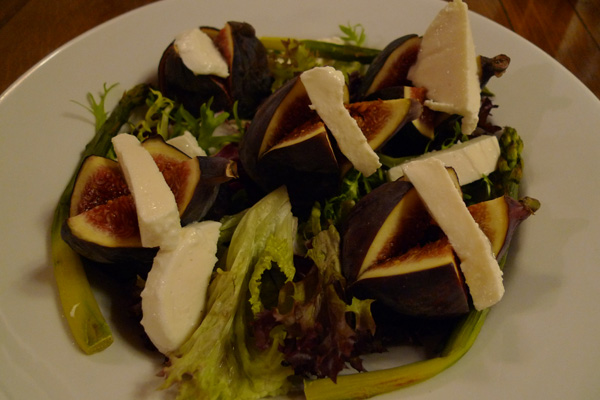 So China travels began at 8.45am Tuesday morning, from my home, to my Mom and Dad’s house, to the doctors for a last-minute appointment, then back to my parents house to collect everything and everyone, then to say goodbye to my brother at work and then finally to the airport where we arrived at about 12pm. My hand luggage was grossly overweight, which Emirates did not like, though I knew it would be an issue…and also I had to pay for an extra 10kg of luggage as airlines will not let you take medications on for free…and my medications weighed 15kg. Apparently only medical equipment can go on for free…I really do feel for people out there. This world is a funny place sometimes. It makes you question so, so much. Inevitably tears happened when saying goodbye, slight panic and fear set in with a mixture of nerves and excitement. Actually tears happened on and off throughout the journey at really odd moments where people would just look at me not knowing what to do…expected though and tiredness never helps. I’d asked for a bland vegetarian meal option and below is what I got on the first flight to Dubai…not bad right? My breakfast on the second flight to Beijing was carb-o-rific and not for Rachel-ified at all (since when is orange juice, marmalade and fruit salad bland??) but the lunch was great…grilled Mediterranean vegetables with hummus, then an egg custard with stewed pear to follow. That made my flight so much better as I drifted in and out of terrible, unhinged sleep with my mouth wide open and clicking away (I click the back of my throat when I sleep). On the first flight I did manage to watch a plethora of films including The Tree of Life, Submarine (which I think is now in my top 5 favourite films), Midnight in Paris, and Country Strong…on the second flight I tried to watch a film about six times but my eyes (and brain) wouldn’t let me. 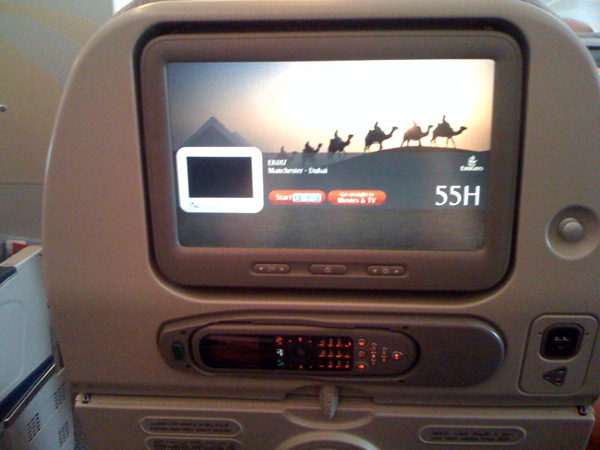 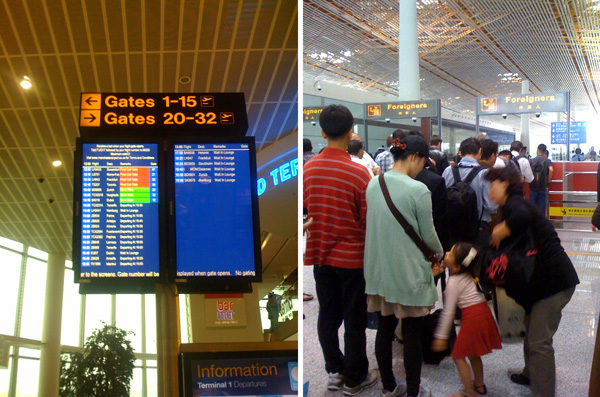 I arrived into Beijing at about 3pm and was met by a student from CAFA and Tianran Luo, a fellow PhD colleague, who escorted me to the hotel via a rather posh taxi. I nodded off immediately. I’d also forgotten how smoggy and chaotic this city is from the moment you step into the airport…it all greets you very sharply as you step outside. After a brief sit down and freshen up, Tianran and I went to get some food from a local restaurant round the corner. He was telling me all about Guangzhou as he lived there for many years and I might be working out there next summer. I had aubergine and pak choi noodles in a soup broth…all apparently for 5p. 5p?! Crazy! Welcome to China! At this point, I knew I had FINALLY arrived…