…Shanghai. I actually miss Shanghai quite a lot, more than I thought I would. Hong Kong is growing on me though, it takes a while to get to know a new city. It’s different here obviously, and definitely has its own flow and personality. It’s incredibly Western too which I found quite a shock. It is still amazing to be here though and I wouldn’t change it for a second.  One minute you can be surrounded by buildings in a concrete jungle and then the next you can be by the water’s edge staring out at the horizon, or on a mountainous hillside overlooking the city behind you. A landscape of perfection, really.

We arrived in Hong Kong just over a week ago and were greeted by one of RJW’s friends Rich who I’ll call Ri Ri, his Hong Kong name…mine would be Ra-Ra (pronounced Ray-Ray) which is actually by pure coincedence what my best friend ‘MK’ calls me. RJW met him during his teacher training course a couple of years back in the UK. Ri Ri teaches English at a primary school and kindergarten out here and loves every minute of this city, and I can slowly see why. So we got to the airport at about 2.30pm, grabbed our excessive amount of luggage due to the Christmas treats we have bought for everyone (I even posted at 30kg box back from Shanghai airport by surface mail I have accumulated that much extra stuff), and got the bus armed with an Octopus card, which works like an Oyster card in London. I managed to leave the Ai Weiwei poster I got from the “party of politics” on the bus on the last stage of the journey…I knew it would happen, it was just when! As I said before I really hope it is never worth anything, otherwise I will kick myself over and over again. It’s not worth thinking about. Someone else will randomly find it and either have an educated clue who the guy is, or no idea, and wonder why on earth someone wanted a huge poster of a Chinese man with a partially shaved head with a scar on his cranium. Random.

The first night, we stayed at Ri Ri’s apartment on Hong Kong Island (thank you Ri Ri!) and took an evening wander through Soho and Hollywood Road right by where he lived.The first thing I noticed was that signs hang out over the roads everywhere, which doesn’t really happen in mainland China. It is a light-filled, visual wonderland at night. 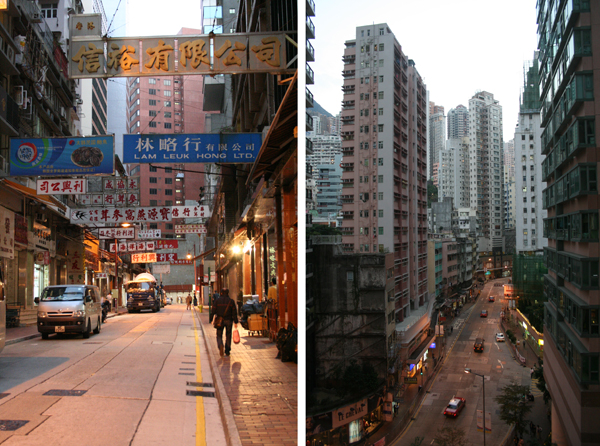 If you can remember, Diana Stevenson from the Ikon Gallery gave us some of her left over Hong Kong dollars that had been living in her wallet for a while, trying to find a new home. She very kindly gave them to us in Beijing back in September when we were helping her and Jonathan Watkins install the show ‘Negotiations’ at the Today Art Museum. RJW and I decided to keep her informed of the purchases, our first one being apparently the best egg tarts (we call them egg custards) in the city. They are a lot sweeter that the ones we have in the UK, but then the pastry is super salty, and they don’t have nutmeg on the top which is what I think makes them so good. Very tasty nonetheless.

For dinner, we went to the ‘Life Organic Health Cafe’ now my favourite eatery in the city as I can have most things they sell…they make cakes from wholemeal flours, and flapjack with no sugar. Perfect. I ate a lentil dahl with a piece of sunflower bread and it felt amazing to eat healthy food. Over the last week I’ve had hummus and pine nut salads with basil pesto dressing, wholemeal spinach Quiche, and sweet potato and pepper frittata. This link shows some great photos of the food. It’s an amazing place for me. I’ve made the decision that when I get back to the UK to only eat fish, no more meat or poultry…so that means I’ll be a pescetarian, and I know my body will feel better for it. It’s not been fantastic for me here as I’ve not had much choice at times as to what I eat.

That evening, we also managed to hunt down the Hollywood Centre where the Asia Art Archive is located and where I will be spending most of my time here. By chance, we discovered it was right round the corner from Ri Ri’s! 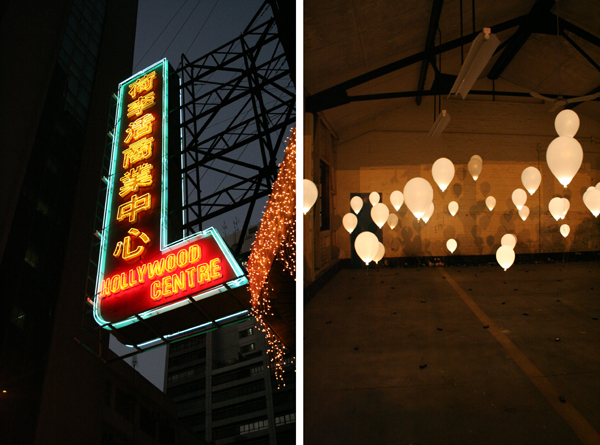 On Sunday, RJW and I got the chance to sleep in a little whilst Ri Ri was doing a 10k charity run starting at Hong Kong Disneyland. Props to Ri Ri. How he got up at 5am to get ready for it I don’t know. After this, we were invited to brunch, a dim sum feast and overload, with Icy, Ri Ri’s girlfriend, some of Ri Ri’s friends and their friends. The group grew and grew as lunch went on. I don’t think I’ve ever eaten so much in a long time. My favourites were the savoury sweets such as the egg custard dumplings and the salted pancakes.

From here, we went for a wander through the antique stalls and tourist markets and got a few more Christmas gifts, came across some very random things (as you can see…who would want a portrait of two kids from the 1970s UK??), and also went to a few design and interior shops… 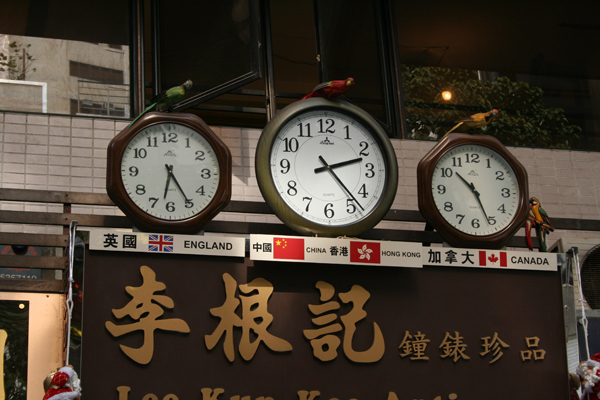 …then onto ‘Detour’ a two-week design, culture and arts festival which we stumbled across the night before. It was situated in the Victoria Prison on Old Bailey Street on Hong Kong Island, and is the annual flagship programme of Hong Kong Ambassadors of Design, aimed at showcasing Hong Kong as a regional creative hub and featuring inspiring designs from Hong Kong’s young and emerging creative talent.

It was a hot, humid day, and I was shattered from sleeping on the sofa the night before so my head really wasn’t in it. I think we all lasted about an hour before heading back to Ri Ri’s and moving onto the hotel, booked very last-minute, and it showed. We have a very 1970s looking and slightly grubby pale green room on a smoking floor…we ended up moving rooms last week as the hotel is right next to a construction site, which I had no idea about when booking. They never mentioned it through the 8 emails or on the website. Thankfully, it’s not as noisy in the room we are in now. A little frustrating though.

So for the past week or so I’ve been hanging out at the Asia Art Archive at the Hollywood Centre, on Hollywood Street on Hong Kong Island…and when I say “hanging out” I actually mean researching and spending a lot of time with books, articles, catalogues, texts…all the materials I can’t get in the UK or are hard to find. 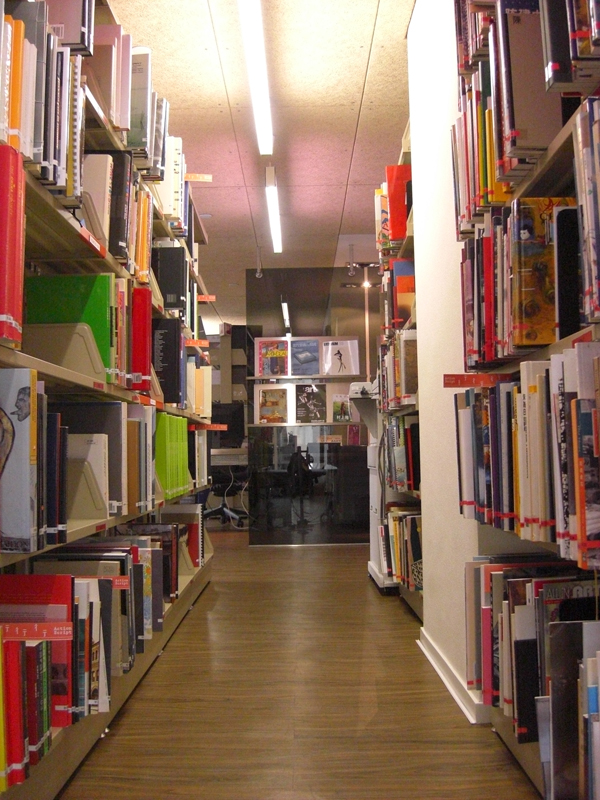 This place is a gold mine, for all things contemporary Asian art and I just wish it was closer to my UK home. On my first day at the Asia Art Archive, I was looking into the work of  curator Karen Smith, reviews of the exhibition ‘The Real Thing’ (2007) at Tate Liverpool and other “transcultural” texts including this essay ‘The Transcultural Dilemma: Asian Australian Artists in the Asia Debate’ by Melissa Chiu, Director of the Asia Society, New York. I also had a chance encounter with Michael Murray from Vassar College who had come into the archive to look at a few texts on the avant-garde. He curated the first group exhibition of contemporary Chinese art in the West in 1986 in New York, and I couldn’t believe my luck that he was there and I had the chance to interview him. We chatted for about 40 minutes at the end of the day, where his research largely lies in the domain of literary theory, philosophy and aesthetics, especially the work of Heidegger, Derrida, and Foucault et al. Some good thoughts around mis-translation and mis-understanding came out of our discussion and around meaning-making.

For the rest of the week, I’ve been looking at the exhibition ‘China Power Station’ in all of its progressive phases, another of my chosen case studies… 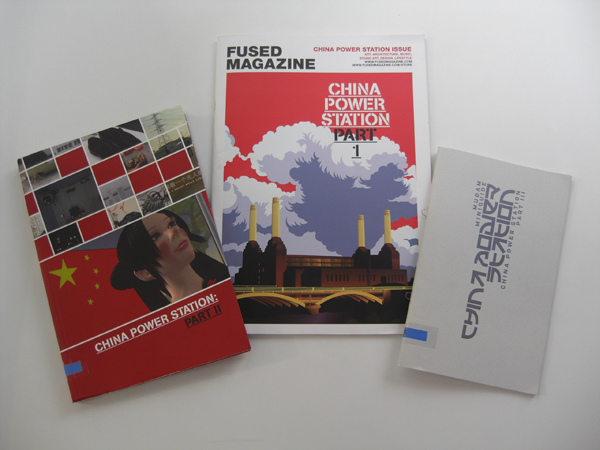 …whilst trying to map a timeline of group exhibitions of contemporary Chinese art in the West. This has taken a long, long time and it will carry on into the following week. I have also come across a few other things. I follow the blog of Iain Irving, a lecturer and PhD candidate at Grays School of Art in Aberdeen, who is trying to produce a definition of independent curatorial practice…I think his blog is on the list of links to the right. His most recent post I found very interesting and applicable to what I’m coming across…it is a short video called ‘An Independent Curators Office consists of…’, take a look below and it explains itself. He states one thing that as a curator you must have ‘A relentless work ethic (a way of life)’…and I agree. That’s me right now.

I came across  two new curatorial ventures…the first is a Curatorial Toolkit (PDF) to be used by emerging curators, written by Karen Love, Manager of Curatorial Affairs at Vancouver Art Gallery.I am not sure how relevant it is to the curation of contemporary Chinese art in China…but it certainly has application in the West…this is largely due to the difference in infrastructures. I think it does provide a good basis as to what is involved, presenting essential information alongside facets which are often not thought of as part of the curatorial process such as more managerial or financial considerations. The second is the launch of the Journal for Curatorial Studies, which will be edited by Jim Drobnick and Jennifer Fisher from Toronto, Canada. I think this really could be one to watch. I have just sent them a copy of the paper I presented at the CCVA conference, so lets see what they come back and say in January 2011.

My paper has finally been published on the ‘West Heavens’ website in the ‘Ongoing Thinkings’ section (posted 30th November 2010)…take a look at it here. I have also taken a screen shot from the website so you can see below. I think I might have already mentioned this before though.

Another article I have written has been published on the Art Radar Asia website. It is called ‘Art Radar visits Shanghai leg of “Detour”‘…and it can be seen here…and through a “picture feast” documents the Moleskine notebook exhibition. What else? All week RJW and I have been going swimming for $9 (that’s like 80p!) at Morrison Hill swimming pool down the round from our hotel, and we have felt so good for it…well up until now as I have some sort of fierce chest infection. It was inevitable, let’s face it…so productivity is down. I think that’s all for today. As work winds down, holiday times will take over and I’ll be able to write less and show more pictures of Hong Kong adventures, I hope so anyway…but it is me.