…”X” marks the spot, like on a pirate treasure map, yep…that’s where I’m going next, that’s where I’m flying off to see in this big wide world, and that “X” is China…Beijing, Shanghai, Hong Kong and Hangzhou to be exact and maybe a few other places in-between. Seeing as I’ve started talking China and PhD, I’ll continue. I have so much to catch up after realising I’ve haven’t been blogging or tip tap typing on here for over a month or so now, and it has been one crazy month that’s for sure.

I was unsuccessful in receiving funding from the Great Britain China Educational Trust but I was a little cheeky in my application, applying within my first year when you really it states in the terms and conditions you can’t. I thought I’d have a go anyway, but will reapply next year for sure. Therefore, I had to reapply for the remainder of the funds from my department at BIAD. They had already given me £1100 for the flights, so I thought they would only contribute further funds to the fieldwork research trip, however, they funded it all! Every single piece of it! I was a little overwhelmed to say the least and I am still getting my head round it. I thought I’d be scrambling round for cash and funding over the summer. Apparently, I really am going to China….for 3 months…with RJW…starting at the beginning of September and kinda straight after being at a wedding in London…there’s always lots going on, come on its me! So at the moment, I’m in the process of booking long-haul flights, internal transfers, accommodation, injections (eughhhh), VISAs, arranging interviews and visits and thinking about teaching as Joshua Jiang, my Director of Studies, is currently trying to organise teaching for myself and RJW at the Academy International Visual Arts (AIVA) in Shanghai (I think i might have said in a previous post that it was at a different institution). Hopefully, I will be teaching on the Undergraduate Fine Art course. This is very exciting, though the idea of lost in translation springs to mind. It is an international teaching facility so I imagine some or many will be fluent in the English language. We will see!

My 9R proposal form, the formal registration of your PhD research, has finally been submitted for the panel discussion after six drafts, though I am technically currently trying to cut it down further so I suppose I’m on the 7th, Surprise, surprise Rachel wrote far too many words, but I’ve had very positive feedback about the 9R proposal being a “strong document”. The group tutorials have been so good, really building relationships with my supervisors now. It makes me smile! I now go forward with this research document to the faculty panel meeting where they deconstruct the 9R, ask me incredibly taxing questions, making me justify it, testing my knowledge on each section. It sounds scary and I think it is a little preparation for the PhD viva which will happen at the end of my many years of studies. The actual process of compiling and writing the 9R has further solidified my research ideas, making me realise what I am actually wanting to find out and get at. Fantastic, but now I’ve just got to jump into the actual research. I stated on the form I’m finishing in 2013, place your bets now as to whether that will happen. Seriously. Usually, what I say is concrete, right? When I say I’m going to do something, I tend to do it, hence, getting the PhD done by the time I’m 30, which 2013 suggests. Dr. on its way…i’m already waffling, onto what else I’ve been doing.

My first article for the online Asian art facility Art Radar Asia is currently being proofed by the Copy Editor Kate Nicholson, who I am also having a Skype conversation with tomorrow morning bright and early at 9am. The article is on Xu Zhen’s exhibition ‘Seeing One’s Own Eyes’ created by his newly founded artist’s collective and pseudonym ‘Madeln’, on display at the Ikon Gallery until the 11th July 2010. I attended the private view on the 25th May, where the show is a complete mixed media affair of sculpture, video and installation. ‘Madeln’ presents clichéd images of the Middle East, as a war-torn part of the world, associated with the oil industry, death, violence, human suffering and religious conflict. By raising issues of cultural perception, the exhibition encourages us to take a clearer view of current affairs in that region of the world. Shown below are a few images. 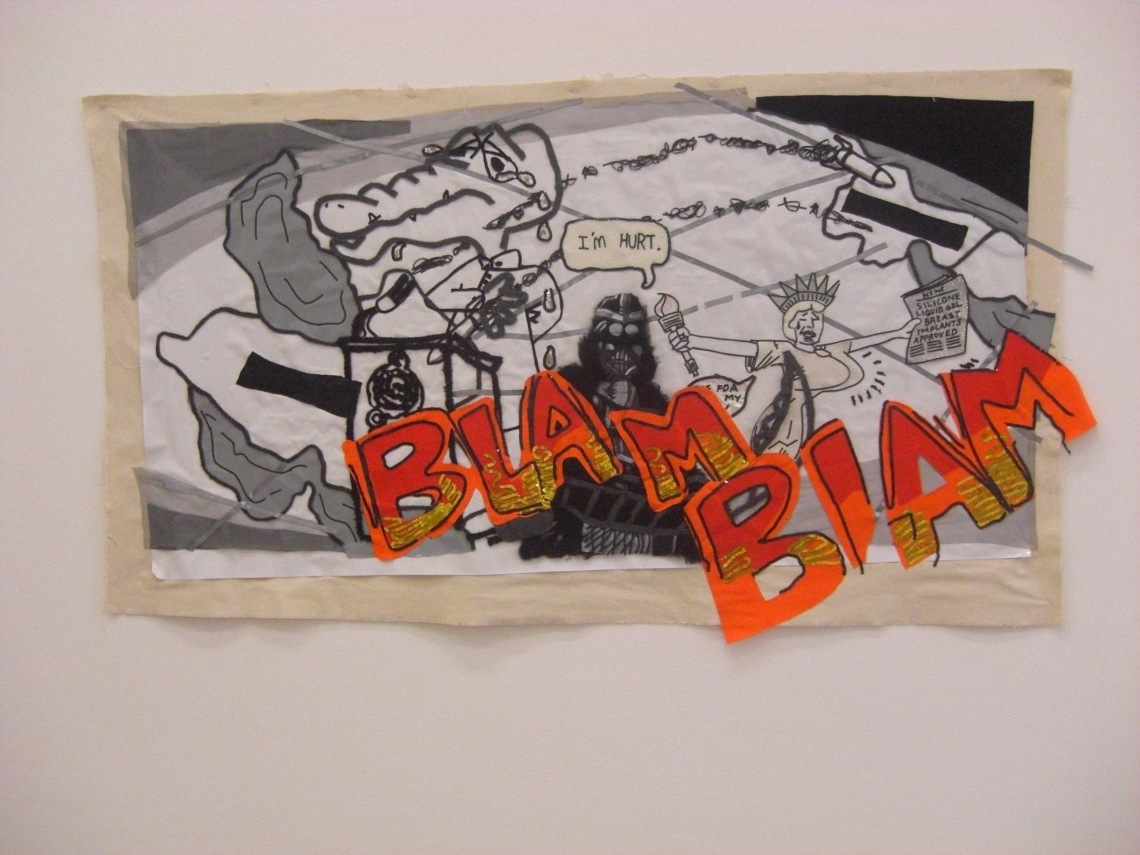 That evening, I had the chance to have a very brief conversation with the Director of the Ikon Gallery, Jonathan Watkins, who I intend to interview as part of my PhD research. He has an exhibition called ‘Negotiating Documents’ opening at the Today Museum, Beijing, within the first week or so of me being in China, so I hope to attend the opening and perhaps review it for Art Radar Asia. I’ll suggest it to Kate tomorrow. There is one piece within Xu Zhen’s exhibition which I find quite captivating and it is called Machine for Perpetual Motion (2009), a model of an oil pump, constructed meccano-style but made from razor wire. It references the eternity and infinity of the circle, where the energy needed for its oscillation is blatantly taken from an electrical socket. I sadly don’t have any great pictures of it, so I recommend going to see it instead.

The SEDA Preparing Postgraduate Researchers to Teach in Higher Education course and teaching at Loughborough University School of Art and Design have both finally come to an end. It is the private view of the degree show tomorrow night. I can’t wait to see the final show as I have only had a sneak peek during the installation period last week. There was a surprisingly calm atmosphere then, no stresses or students freaking out. They just seemed to be getting on with it. I really do wish them all the best of luck in their future endeavours and have told them they can contact me at any stage in the future with questions. I will be keeping my eye on a few of them though as I have a feeling they’re going to do well. I’ll post some pictures next time of those people and their work. I realised that I really do love teaching…let’s hope that it goes well in China.

I recently attended a Press Networking meeting through Audiences Central at mac (Midlands Arts Centre) in Birmingham. I haven’t been since it reopened so it was a visual surprise, and to be honest it is a bit of a difficult building to negotiate though it is very beautiful where you can see the thought and attention to detail that has gone into its planning. The spaces have been converted immaculately and with such finish and quality – the gallery is amazing! A few shots are shown below. 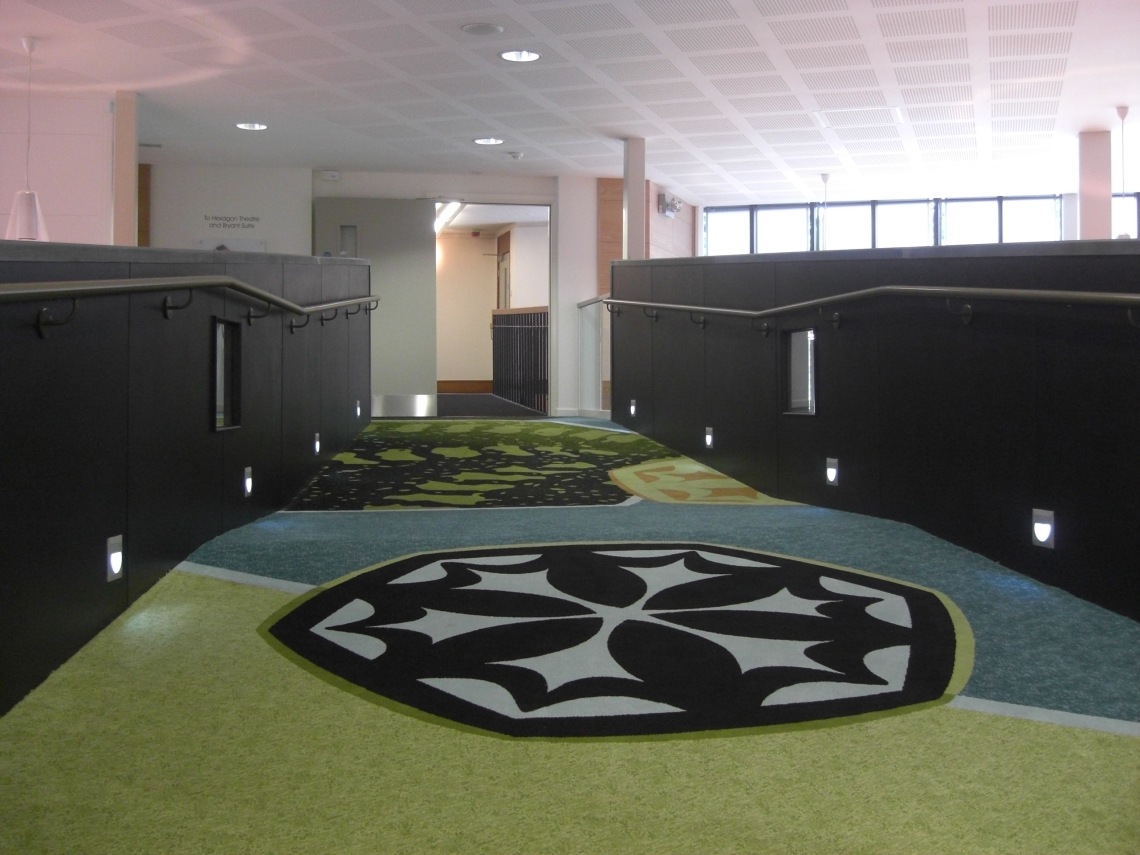 Um so apparently I’m now 27, I nearly wrote 26 then! Another birthday came and went. 27 is a funny age, a funny number, but it doesn’t really matter. All I want to say is that I really am surrounded by some wonderfully amazing people who really do care about me. Friends and family are very important in life. I learnt that a long time ago. Here are a couple of the super great gifts I got from RJW, he got me so, so many things…one was a cork macbook cover by the American company iamhuman…and another was a LEGO model of the Solomon R. Guggenheim Museum in New York…I love them and they are so thoughtfully me! I think I’m on a picture fest with this blog post. Pictures are good though. Visualise me. 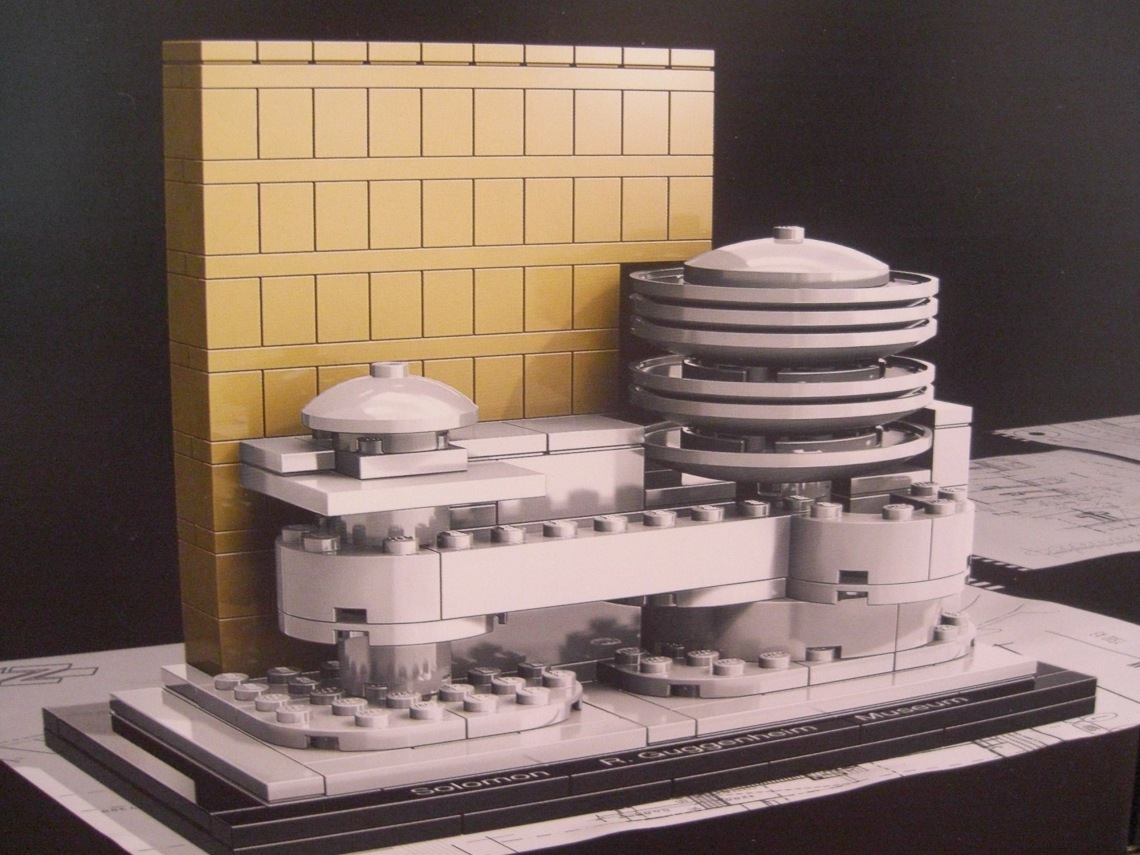 I have also been to Ireland with my Mom, where we stayed in this 5* resort and spa in Newcastle, near Belfast, for a friend’s wedding. It was for 4 days and was full of meeting again fabulously caring people. The hotel was unbelievably plush and Charlie Chaplin stayed there once. It was called the Slieve Donard and was right on the Irish coast, well the beach! I ran down the beach one morning, swam for hours in the pool, kicked back in the sauna and spa, whilst eating the biggest breakfasts of your life where they offered you whiskey with your porridge *no kidding*. They had the best Guinness bread which was apparently made by chef Paul Rankin and stocked by Marks and Spencer’s out there. Well, we hunted for it EVERYWHERE and never found it. I’ve found recipes online though so will have a go at home. It won’t be the same though. It was just for that moment out there. Find below some shots from the trip, I think I have an obsession with taking photos of food and the things I eat. 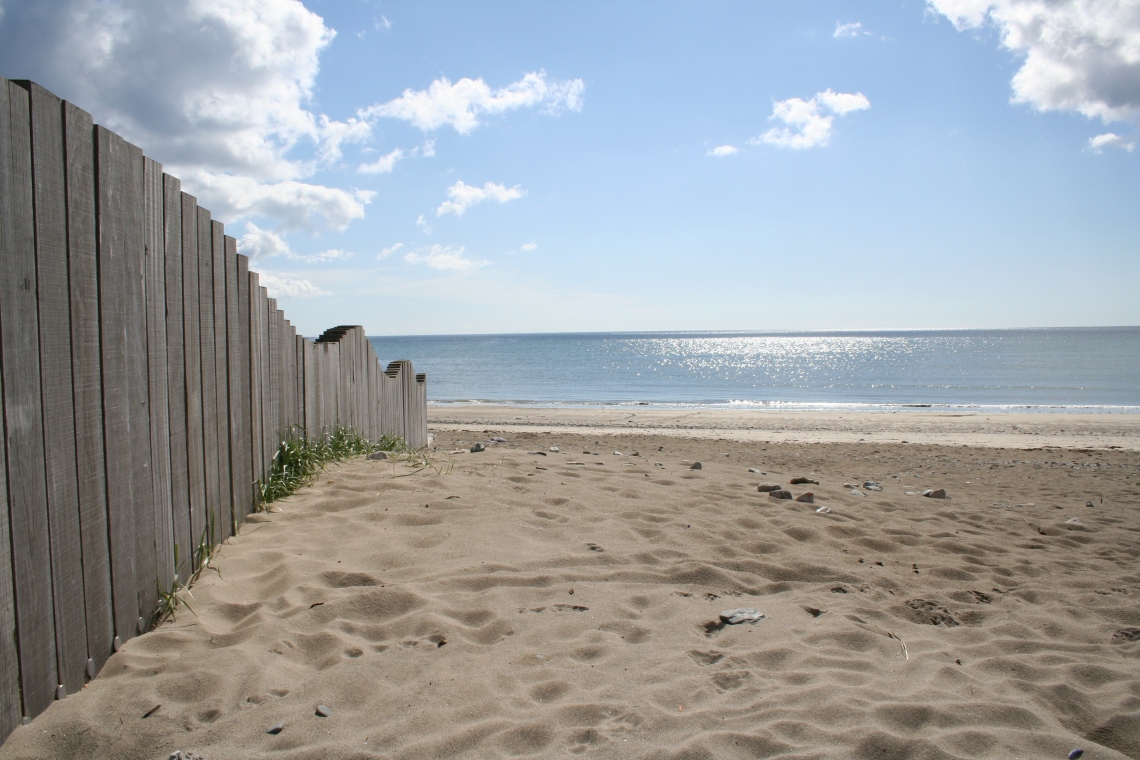 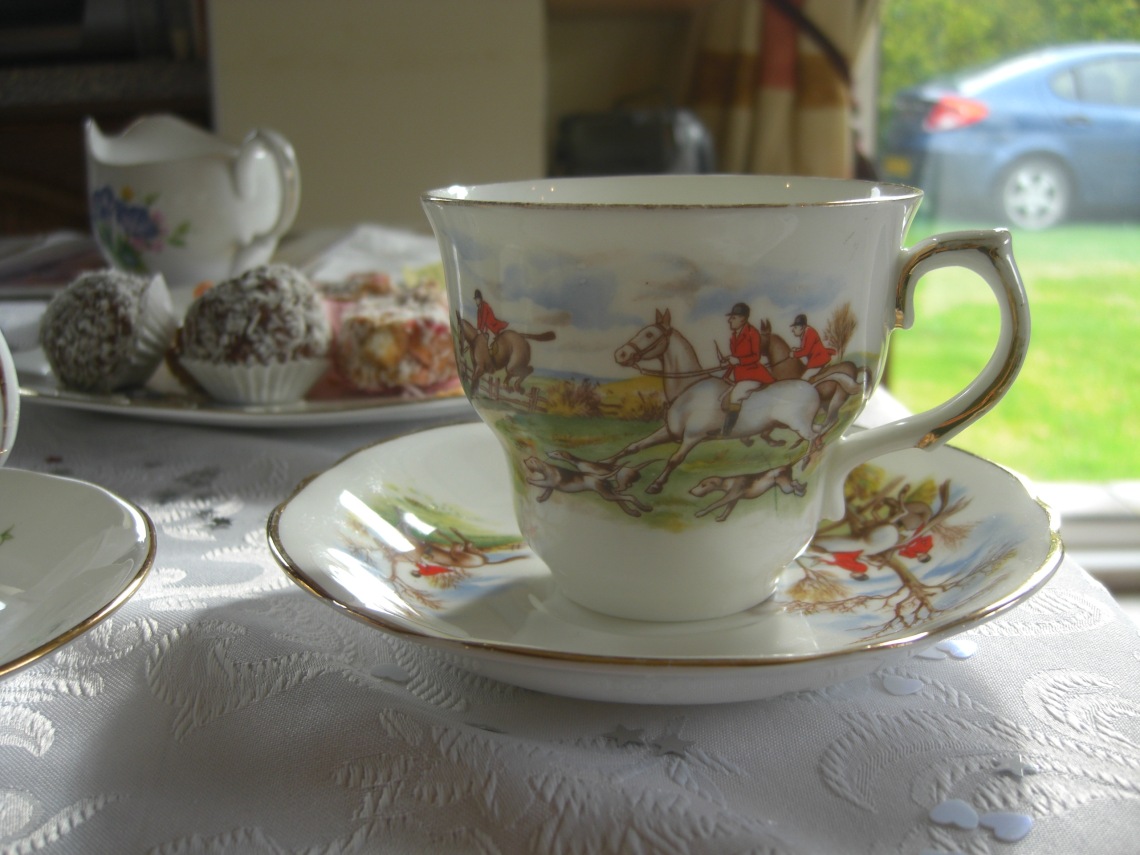 I wish I was still there, breathing that fresh seaside air instead of opening my mouth, saying words I don’t think about and causing trouble. That place was PEACEFUL and emptied my mind of all things in the world of worry. What does worrying achieve though? Nothing…what will be, will be…right?